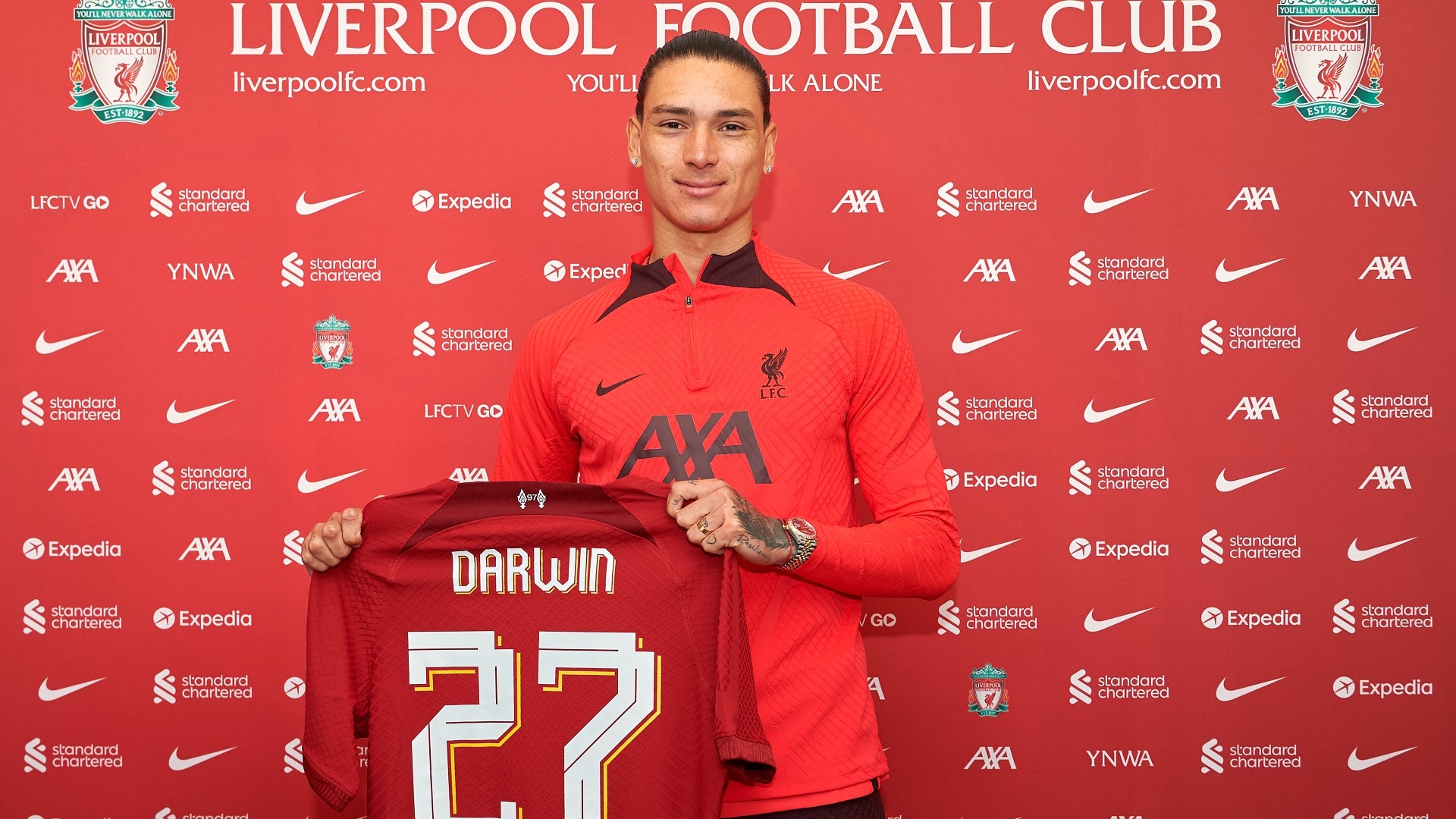 The figure of Darwin Nunez, Liverpool’s new striker who had just been brought in from Benfica has suddenly been in the spotlight lately.

Many are curious about the profile of Darwin Nunez, a young striker from Uruguay.

In this article, SportReviews has presented Darwin Nunez’s complete biodata which has been compiled from various sources.

That’s what makes several clubs eager to get him and Liverpool are the lucky club to get the services of this 22-year-old footballer.

This attacker’s full name is Darwin Gabriel Nunez Ribeiro. He was born in Artigas, Uruguay, on June 24, 1999. He is the 3rd child of 3 siblings.

Darwin Nunez’s father was Bibiano Nunez and his mother was Silvia Ribeiro. It is known that he grew up in the city of Artigas, which is a slum area in Northern Uruguay.

This is evidenced by one of the photo posts on Darwin Nunez’s personal Instagram (@darwin_n9), he is seen wearing a necklace marked with a cross around his neck.

According to the Transfermarkt page, Darwin Nunez started his football career in 2015 by joining a local Uruguayan club, CA Penarol.

He started from the football academy until he could play for his club’s senior team.

In 2019, he decided to take part in Spanish football with Almeria. Only strengthening one season, Darwin Nunez then moved to the Portuguese League club, Benfica.

But at Benfica he scored 45 goals, 15 assists in 81 appearances. Now in 2022, Liverpool have officially introduced Darwin Nunez as a new recruit.

That’s the full profile of Darwin Nunez, will Darwin Nunez’s career shine in Liverpool? Worth waiting for.