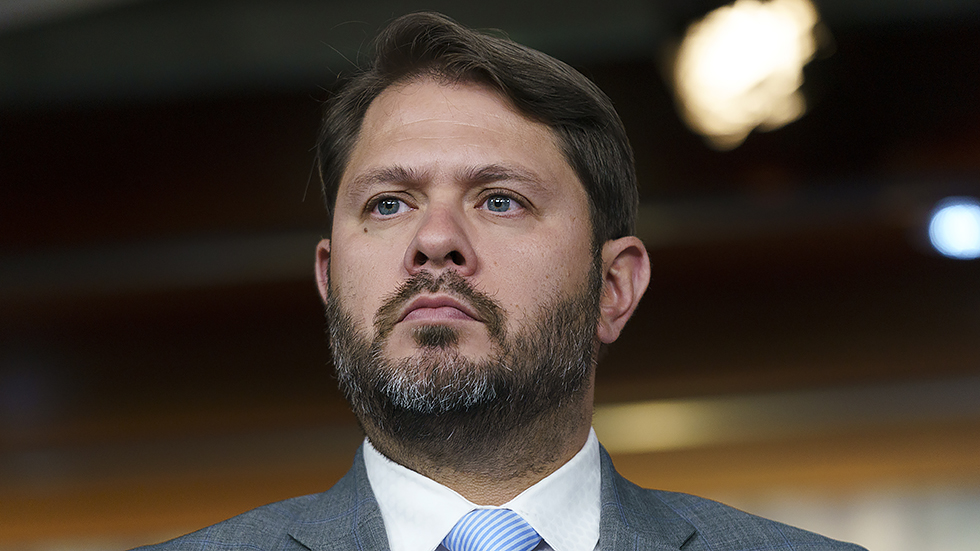 Rep. Ruben Gallego (-Ariz.) said in a new interview that it is hard for him to imagine someone as “dumb” as House Minority Leader Kevin McCarthy (R-Calif.) serving as speaker.

Asked if he has thought about what serving in Congress will be like in a chamber led by McCarthy — who is widely expected to secure the Speaker’s gavel should Republicans take control of the House — and Gallego said he has not.

“No, in some regard because it’s hard for me to imagine someone that dumb being speaker of the House,” Gallego told Vox in a wide-ranging article published on on Tuesday.

Republicans are favored over Democrats to win control of the House in the November midterms, 71 percent to 29 percent, according to FiveThirtyEight. And if the GOP does flip the House, McCarthy will likely assume the top spot in the chamber.

The California Republican came close to assuming the speakership in 2015, but ultimately dropped out of the race after coming under fire for comments suggesting that the Benghazi investigation taking place on Capitol Hill was meant to tarnish Hillary Clinton, who was serving as secretary of State at the time of the terrorist attacks.

Asked in April if he will be speaker should Republicans take the House in November, McCarthy said “that’s an opportunity.”

“But first and foremost responsibility is to take that House back. But we’ll be prepared to govern,” he added in an interview with Fox News.

And in March, the eight-term congressman said he was not worried about a significant challenge for speaker should Republicans flip the House.

“If you’re a Minority Leader the day of the election, you win, and you win the majority, you’re probably going to be the Speaker,” McCarthy told Punchbowl News in an interview. “They’re not going to change the coach between the playoff and the Super Bowl.”

“Doesn’t mean they won’t hold my feet to the fire” and make it tough on him, the current minority leader added. “They will.”

But if McCarthy does secure the speakership after the midterm elections, he could have a difficult time controlling the conference in the next Congress because of the House Freedom Caucus, a coalition of conservative GOP lawmakers that has pressed McCarthy on various matters. Freedom Caucus Members could even oppose his bid for speaker.

Biden says pandemic ‘over’: What relief is still available?

Another potential roadblock is former President Trump, who holds significant sway over a number of GOP lawmakers. In June, Trump said he had not yet endorsed anybody for speaker. The ex-president did, however, throw his support behind McCarthy’s reelection bid.