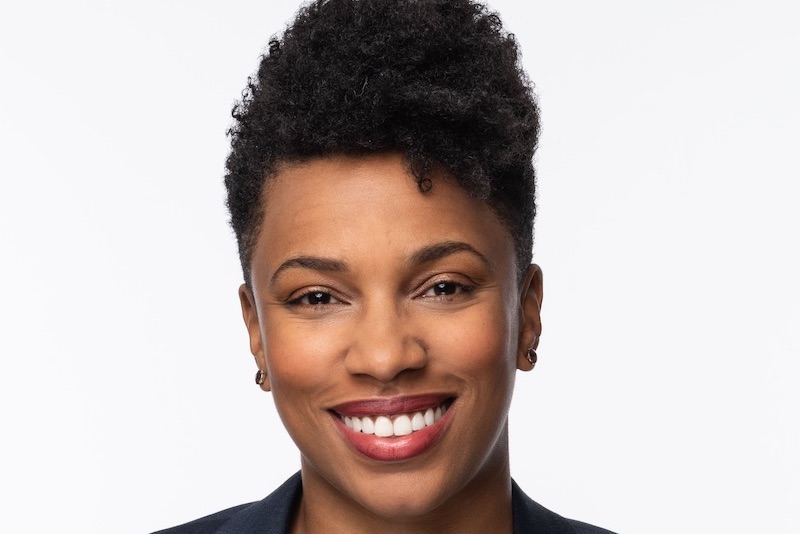 Willingham-Jaggers first joined GLSEN in 2019 as deputy executive director before becoming interim executive director following the departure of Eliza Byard, who stepped down from her position leading the organization last March.

Willingham-Jaggers takes the reins of the organization, now in its fourth decade of advocacy on behalf of LGBTQ students, at a time when LGBTQ youth, in particular, find themselves under attack in various states, with legislators seeking to place free-speech gags on classroom discussions of LGBTQ-related issues, ban books and curricula acknowledging LGBTQ identity (as well as racial injustice), impose policies to “out” LGBTQ youth to their parents, and prohibit transgender youth from participating on sports teams that match their gender identity.

Willingham-Jaggers brings extensive experience as a leader in social justice movements to the position, having previously worked on issues related to curriculum design, and organizing and outreaching to marginalized and intersecting communities, including currently or formerly incarcerated people, those involved in the underground economy, LGBTQ youth, immigrants, people with disabilities and senior citizens.

Prior to joining GLSEN, they previously served as the program associate director of The Worker Institute at Cornell University’s School of Industrial and Labor Relations, and as board chair of The Audre Lorde Project (ALP), the oldest center for community organizing for lesbian, gay, bisexual, two-spirit, trans and gender non-conforming people of color in the New York City area. Their work on the ALP board was rooted in the belief that organizations connected to freedom movements must be internally safe, healthy and vibrant spaces.

“I am thrilled to continue and accelerate the important work GLSEN started more than 30 years ago,” Willingham-Jaggers said in a statement. “Education is the cornerstone of our democracy and GLSEN’s work is rooted in the belief that education can and should be an experience that is safe, inclusive, and affirming for all students. I am committed to ensuring our organization lives up to that promise and advances work based always on GLSEN’s core strategies: anti-racism, gender justice and disability justice.”

“LGBTQ+ students across the country are facing a crisis amid attacks on their rights and the ongoing pandemic, and we need bold leadership now more than ever,” Rocío Inclán, the chair of GLSEN’s Board of Directors, said in a statement. “A true leader for their community, Melanie always looks first to the grassroots leadership of the LGBTQ+ youth of color, trans youth and youth with disabilities who are on the frontlines, and centers their experiences and needs in all GLSEN’s work. Melanie is exactly the leader our movement needs to bring our fight for LGBTQ+ justice to the next level as GLSEN’s Executive Director.”

Willingham-Jaggers’ appointment as executive director also garnered praise from past directors, as well as other LGBTQ+ advocates.

“The appointment of Melanie Willingham-Jaggers heralds an exciting new chapter in the organization’s history,” Kevin Jennings, the CEO of Lambda Legal and the original founder of GLSEN. “I look forward to seeing GLSEN reach new heights under their leadership.”

“Melanie’s expertise as an organizer and deep connections across movements are invaluable for the next chapter of GLSEN’s work,” Byard, Willingham-Jaggers’ predecessor, said in a statement. “The world of K-12 schools has been turned completely upside-down over the past few years, and Melanie’s vision and experience will provide the essential ingredients of new strategies for a new time.”

“The LGBTQ+ movement, including PFLAG in particular, benefits from the leadership of organizers like Melanie Willingham-Jaggers in their new role as Executive Director at GLSEN,” Brian Bond, the executive director of PFLAG National, said in a statement. “Both our organizations understand that youth who are targets of discrimination, such as LGBTQ+ youth who are Black, brown, Native, newcomer, and who have disabilities, can and do lead the way to liberation and equality.

“At a time when some adults in power claim that youth in schools need to be shielded from accurate and inclusive education, the role of GLSEN together with PFLAG becomes all the more important,” Bond added. “I, for one, look forward to a continued dynamic partnership with GLSEN with Melanie as Executive Director.”

“Building the power of communities that have been left out and left behind takes dedication, vision, strategy and courage,” Alicia Garza, principal of Black Futures Lab and the Black to the Future Action Fund, said in a statement. “Melanie Willingham-Jaggers is exactly that kind of leader — committed to making sure our communities are not just at the table, but setting the agenda. We are ready for Melanie’s leadership and this exciting new phase of the GLSEN movement.”

“I am thrilled to see Melanie take the helm at GLSEN, not only as a colleague and leader in our movement for LGBTQ+ rights but as a parent whose children will benefit from her work,” Kierra Johnson, the executive director of the National LGBTQ Task Force, said in a statement. “Our youth — especially trans, gender fluid, non-binary youth and queer youth of color — are being targeted in unprecedented ways and GLSEN’s work to educate, advocate and mobilize to make schools safer is a critical piece of our responsibility to the generation coming out and coming up in the world.”