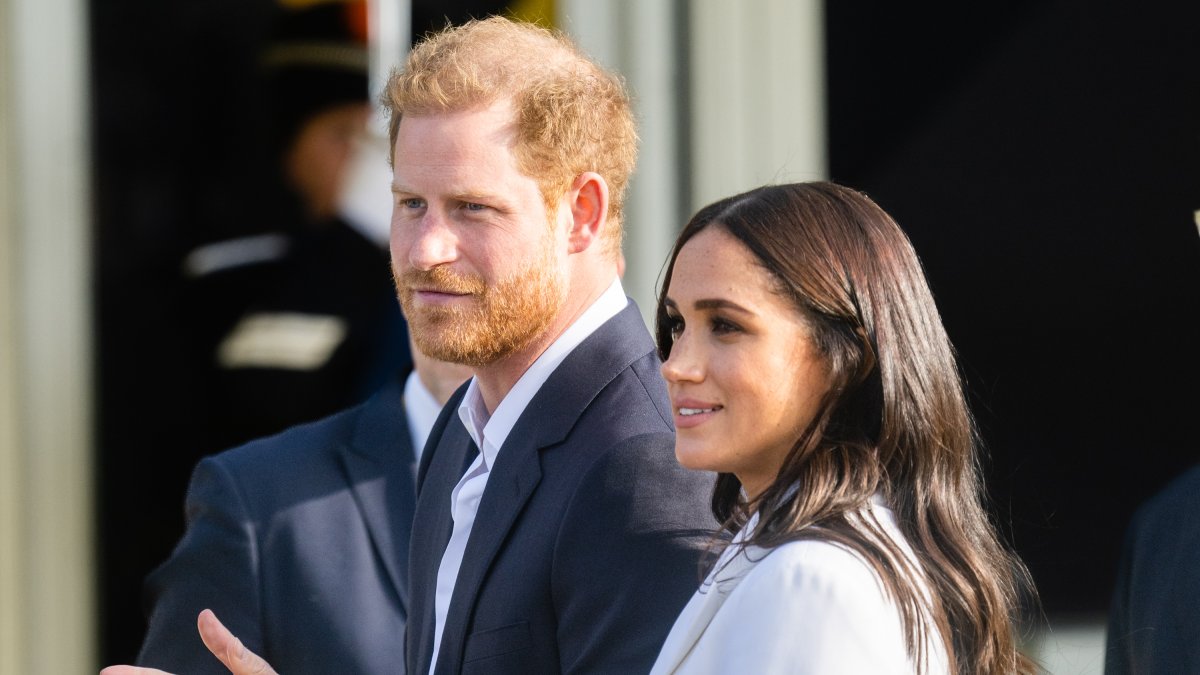 Prince Harry and Meghan, Duchess of Sussex, attended a welcome reception for the 2022 Invictus Games in the Netherlands on Friday in their first public appearance in Europe since the pair stepped down as senior royals in 2020.

The couple greeted the games’ competitors and their loved ones in the Dutch city of The Hague. The former Meghan Markle, 40, donned an eye-catching all-white Valentino ensemble for the occasion, pairing wide-leg pants with a matching blazer.

Prince Harry, 37, looked sharp in a dark suit with a white dress shirt with no tie.

This weekend’s Invictus Games will mark the fifth time Harry has attended the event. The prince started the multi-day sporting competition, which honors wounded service members and veterans, in 2014. His future wife attended the games in 2017 to much fanfare amid speculation that the two were dating.

The couple’s appearance on Friday comes just one day after they visited Harry’s grandmother, Queen Elizabeth II, in England, in what was their first return to the U.K. together since moving to California in 2020.

News of their visit with Queen Elizabeth II surfaced after the queen missed Maundy Thursday services at St. George’s Chapel. She is also not expected to attend Easter Sunday services at the church.

The queen, who turns 96 later this month, battled COVID-19 in February, and revealed during a video call to National Health Service workers last week that the illness had left her “very tired and exhausted.”

In January, Prince Harry challenged the British government’s decision to not allow him to pay for his family’s police protection when he and his wife visited the U.K. with their two children, son Archie, who turns 3 in May, and daughter Lilibet, who turns 1 in June.

His legal representative told NBC News in a statement at the time that Harry wanted to pay for the police protection himself, rather than make British taxpayers pay for the services.

“The Duke and Duchess of Sussex personally fund a private security team for their family, yet that security cannot replicate the necessary police protection needed whilst in the U.K.,” the statement said.

“In the absence of such protection, Prince Harry and his family are unable to return to his home,” the statement added.