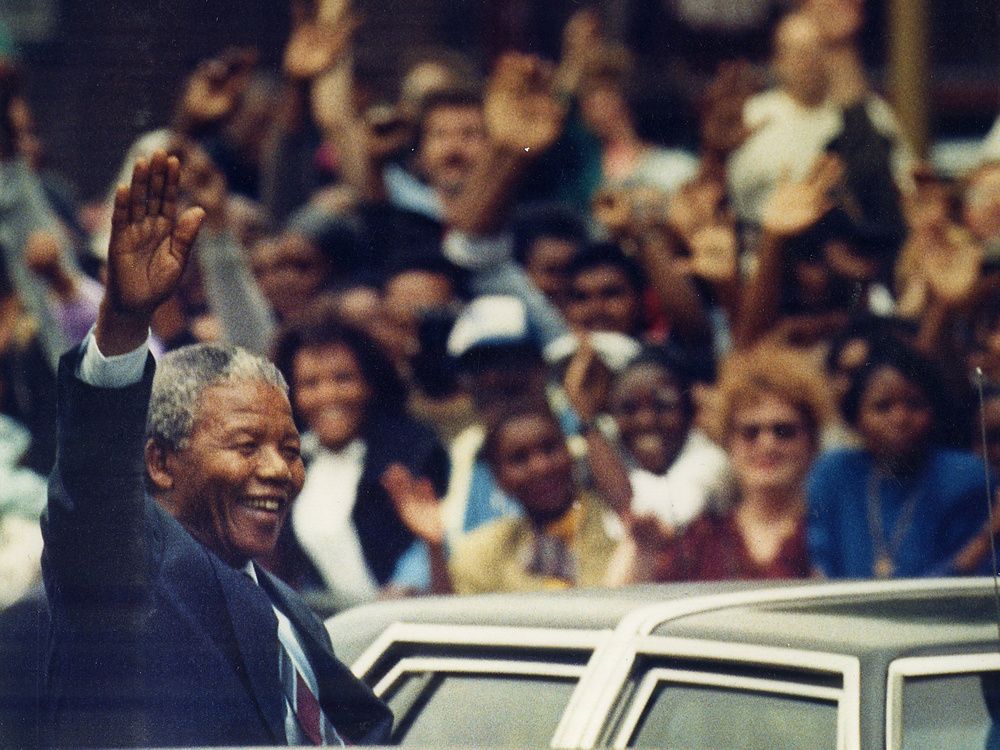 “The crowds that greeted (Nelson) Mandela were as much in love with the man as the message, warming to his smile and basking in the aura of someone they said has history on his side,” we reported on June 20, 1990.

Gordon Beck’s photo of the then-leader of South Africa’s African National Congress arriving for a visit to Union United Church appeared on Page A1.

Mandela’s visit to the city the previous day lasted less than four hours, we wrote.

At that time, apartheid — South Africa’s system of racial classification and separation that legislated discrimination against non-whites and denied them the vote — was still in effect, but its days appeared numbered. Mandela, then 71, had at that point been free for only four months after having spent 27 years in jail for his anti-apartheid efforts. We described him as “rail-thin, grandfatherly.”

Mandela’s arrival in Montreal was part of an international tour whose Canadian stops included Toronto and Ottawa, where he addressed Parliament and thanked Prime Minister Brian Mulroney for his government’s support.

In Montreal, Mandela made a 20-minute speech on Champ de Mars, assuring a crowd of some 20,000 people that progress was being made in dismantling apartheid, we reported. Among the performers at that event were Oliver Jones and Gilles Vigneault.

Apartheid’s days were indeed numbered. Mandela went on to lead the ANC to victory in the 1994 multi-racial elections, becoming the new South Africa’s first president. He chose not to run again when his term ended in 1999.

History Through Our Eyes: Photos of People and Events That Shaped 20th Century Montreal, which compiles the original 2019 series in book form, is available online from montrealhistorybooks.com and at local bookstores. A portion of proceeds from books sold at the online address will go to the Gazette Christmas Fund.