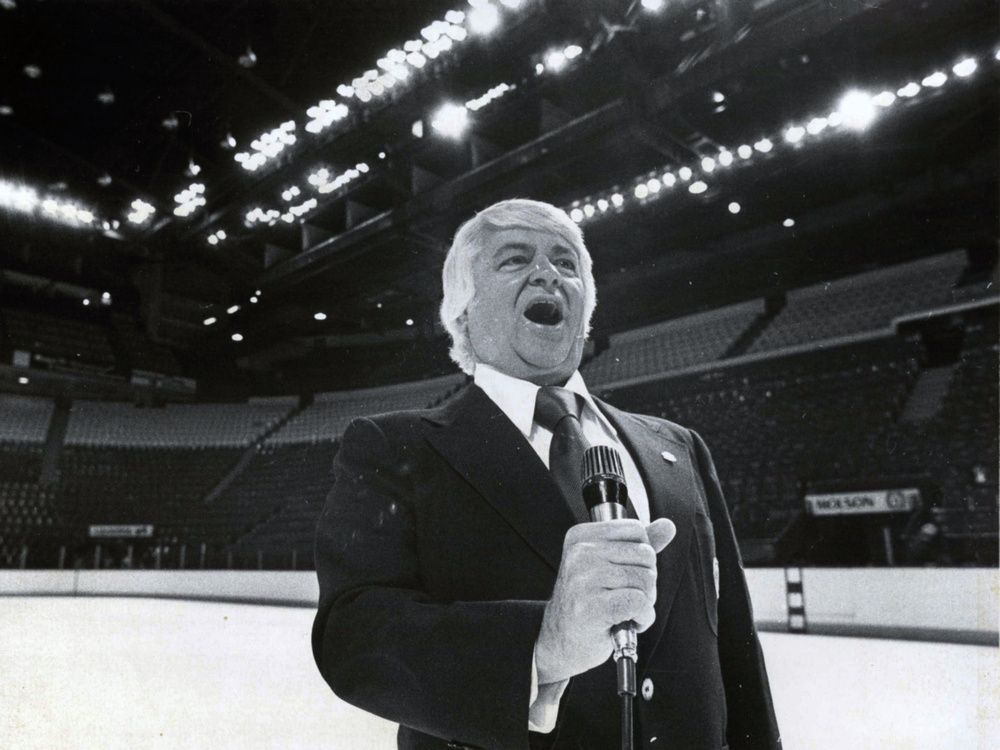 On Sept. 23, 1977, the Montreal Canadiens played the season’s first exhibition game at the Forum. To mark the occasion, we published a front-page feature on Roger Doucet, the team’s legendary national anthem singer.

“That anthem is to Roger Doucet what White Christmas is to Bing Crosby. By the end of the hockey season, his seventh as house singer at the Forum, Montreal’s virtuoso of the patriotic song will have given about 500 public renditions of O Canada,” we wrote.

Not one to take anything for granted, Doucet would rehearse before each game. “I hold a hairbrush or something in my hand to give me the feeling of a microphone, and stand in exactly the same position as out there on the ice,” he told us.

Once he’s singing, “he thinks about Canada. About the Prairies, the two coasts, the friends he made during the Second World War when he toured with the Canadian Army Show here and overseas, about the people who send him fan mail from all over the country,” we wrote.

Doucet, who had studied opera in New York and had been singing professionally for almost 40 years, would belt out the anthem half in French, half in English.

In 1980, Doucet was made a member of the Order of Canada.

He died on July 19, 1981, at age 62, of a brain tumour. The next day, the sad news was carried at the top of the Montreal Gazette’s front page, and inside, an editorial paid tribute.

This 1977 photo by Tedd Church appears to have been taken in connection with the feature, however was not published with it.

History Through Our Eyes: Photos of People and Events That Shaped 20th Century Montreal, which compiles the original 2019 series in book form, is available online from montrealhistorybooks.com and at local bookstores. A portion of proceeds from books sold at the online address will go to the Gazette Christmas Fund.