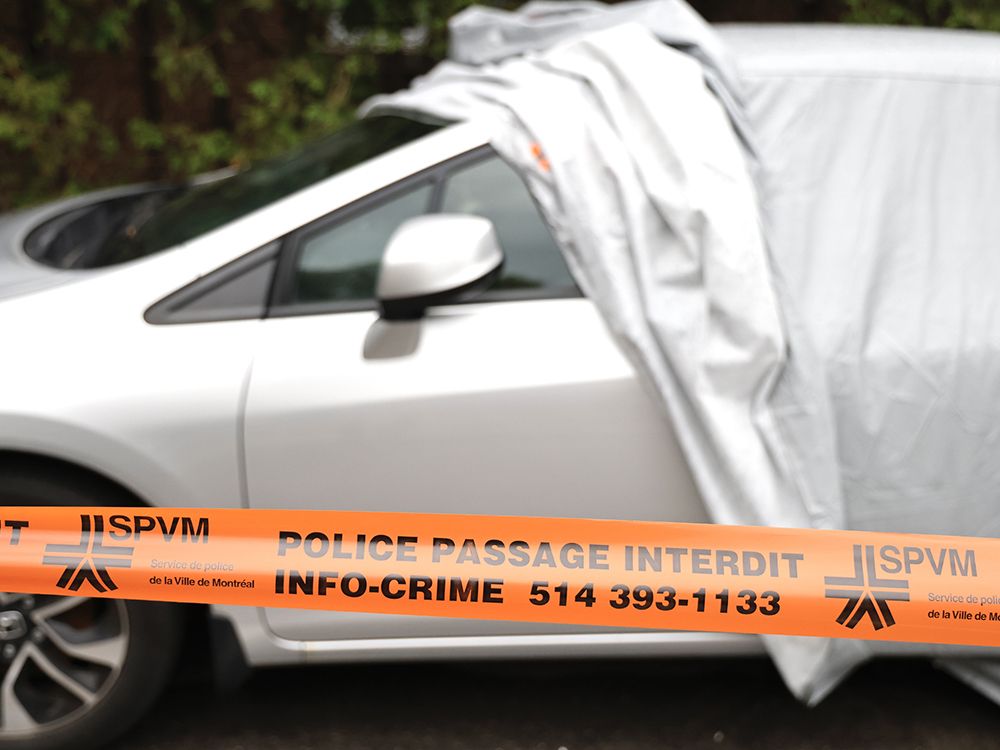 The man who was fatally shot at a motel in the St-Laurent borough on Thursday, while Montreal police sought a suspect in three recent homicides, was allowed to continue residing outside of a mental health institution he was released from last year even though a psychiatrist determined in March that he represented “a significant risk to public safety due to his mental state.”

The murder suspect, Abdulla Shaikh, 26, had been released from the institution following a decision by an administrative tribunal in January 2021. In March this year, the tribunal reviewed its decision and allowed Shaikh to continue residing outside the institution.

In 2018, Shaikh was a resident of Pickering, Ont., when he was declared not criminally responsible in a case held at the Montreal courthouse where he was charged with mischief.

According to a summary of his case contained in the tribunal’s decision, Shaikh was outside Pierre Elliott Trudeau International Airport near the entrance when “he set fire to his Canadian passport with a candle. He was incoherent. He said that the next time he’d be at the airport they would know it. He alluded to a project, but was evasive.”

He returned to the airport in Dorval a few times in the following days, as well as the Mirabel Airport, and was asked to leave each time. He was charged with mischief on July 19, 2018.

According to court files, Shaikh still had a case pending at the Laval courthouse where he was charged in 2016 with assault in a case involving conjugal violence. His lawyer in the case declined to comment on what happened to Shaikh “out of respect to his family.”

SQ spokesperson Audrey-Anne Bilodeau said the man who was shot at the motel was known to police because they had responded to calls in the past reporting that he was suffering from a mental health problem.

“The Montreal police answered a few calls (in the past) for mental health (issues) related to this guy,” Bilodeau said. “So we don’t know if it’s because of mental illness or another motivation. It’s under investigation.

Bilodeau confirmed that the man who was shot at the motel was a suspect in all three of the homicides.

The first victim was killed at around 9:45 p.m. at Jules-Poitras and Deguire Blvds. near Roman-Zytynsky Park in St-Laurent. Officers found the body of 64-year-old André Lemieux, the father of professional boxer David Lemieux. He was shot within a short distance from an apartment where he lived on Jules-Poitras Blvd. and was declared dead at the scene.

The second victim was Mohamed Salah Belhaj, 48, killed a few kilometres northeast of the first shooting, at an intersection near St-Benoit Park in the Ahuntsic district around 10:50 p.m. He, too, had been shot at least once in the upper body and was also declared dead at the scene.

Montreal police major crimes investigators realized within hours that the shootings were related and, at 9:30 p.m. Wednesday, Laval police answering a gunshot call found the third victim, a man in his 20s shot dead on Clermont Blvd. in the city’s Laval-des-Rapides district.

While police released few details on how the probes into the three deaths led to Shaikh, Quebec’s office of independent investigations (BEI) said in a a statement issued Thursday morning, that a Montreal police SWAT team executed a warrant at a motel on Marcel-Laurin Blvd. at 7 a.m. Thursday.

The BEI said officers on the scene were confronted by an armed man, shots were fired and the suspect was hit by at least one bullet. The suspect, 26, was declared dead at the scene.

‘You only go there if it’s for something shady’

The Motel Pierre located on the major roadway through the St-Laurent borough has been there for decades and has seen better days. The curtains are old and its parking lot, which was crawling with cops Thursday morning, is cracked and poorly maintained. What might have a flower bed near the motel’s years ago was obviously not kept up and was overrun with weeds.

Police tape was visible in front of the motel as well as at the back of a small section of building.

Two tourists from France were sleeping in the motel Thursday morning when they were woken by the sound of gunfire. The two men, who asked that their names not be published, said they heard at least three shots fired.

A police officer helped them with their belongings as they told a reporter this was their first night in Montreal.

“(The police) told us this doesn’t happen here all the time,” one of the men joked.

Another tourist from France left the motel late in the morning towing a suitcase behind her. The young woman said she had checked out as planned and was heading back to France. She said she had been to Montreal three times and wouldn’t let the drama that played out in the motel change her positive impression of Montreal.

Roberge Dubé, a man who said he had spent the past month at the motel, said the police asked him to leave for part of the day Thursday and told him he could return hours later.

“I turned on the TV and saw it,” Dubé said while behind the wheel of a Ford Mustang with some of his belongings packed in garbage bag on the front passenger seat. “I didn’t hear anything. I was really surprised. I came out and there were police everywhere.”

Darrell Holmes, a St-Laurent resident who lives near the Motel Pierre, said he decided to take an Uber to work Wednesday night because he feared for his life after hearing media reports that victims were being shot at random, including André Lemieux, who was shot in St-Laurent.

“I’m always keeping up to date on what’s going on in the news and the fact that it was going on in St-Laurent … you worry about these things. I was very concerned. I wasn’t going to stand at a bus stop at night with what was going on.

“If you live in St-Laurent you know the Motel Pierre is not the best place in the world,” he said. “You only go there if it’s for something shady.

“I wasn’t surprised, not shocked one bit. I was disappointed because St-Laurent is known to be a safe place to live. But now I’m starting to worry. I’m thinking maybe it’s time to move,” Holmes said. “It’s not safe anymore.”

A man who works at a car wash near Motel Pierre said he wasn’t surprised to learn a murder suspect had been gunned down there.

“I’m sorry to say this but this is really a sh—y area,” the man said, asking that his name not be published. “There’s often something bad going on at that motel. They took a body out of it months ago.”

Abdel Mefth, another St-Laurent resident who lives close to the motel, said he was surprised when he woke up and learned what had happened just 400 metres from his home.

“Murders by firearm, they are becoming more frequent. It’s really getting frustrating,” Mefth said. “If it really was random, just for fun, then I don’t see how we can walk around the city and feel safe. This motel is really old and it has a bad reputation.”

Once again, our police have demonstrated their efficiency and dedication towards the safety of Montrealers.

Thank you to the @SPVM and our partners at @policelaval and @sureteduquebec, the last 48 hours have been trying for everyone. #polmtl

Montreal Mayor Valérie Plante took to social media Thursday morning to thank the police forces involved in the investigations, saying “Once again our police have shown their efficiency and devotion to the safety of Montrealers.”

Plante also offered her condolences to the families of the victims.