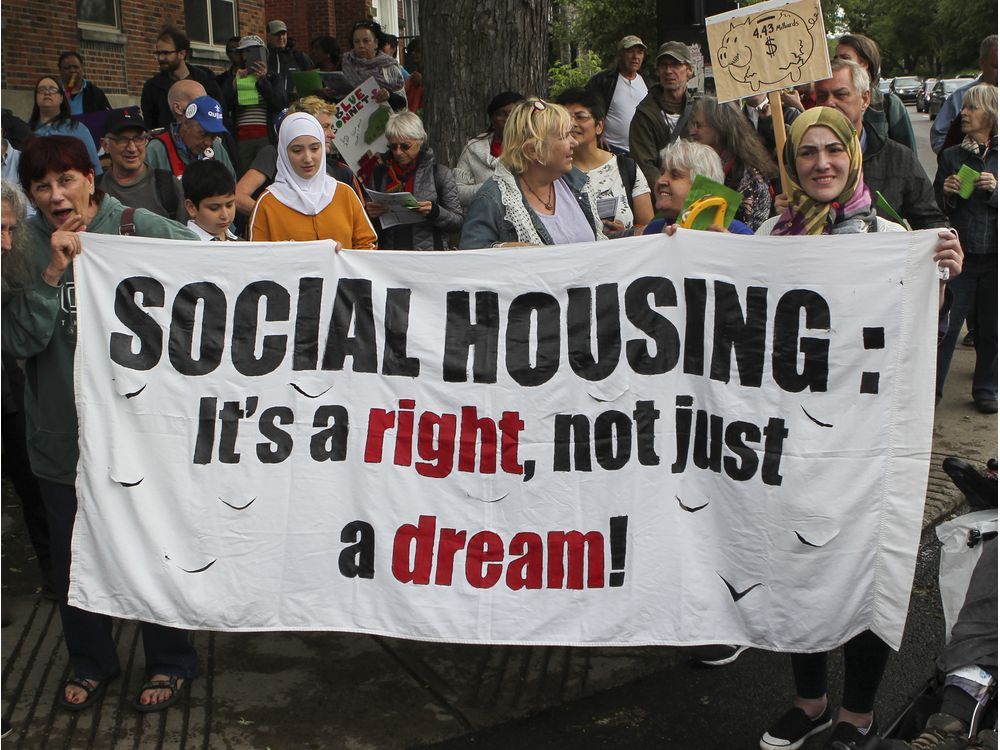 The time has come for Quebec to recognize the right to shelter and put in place measures to ensure that right is respected, a coalition of 500 organizations said Tuesday.

Representatives of community organizations, unions, student groups and others, supported by about 20 public personalities, also called for other rights — including health and food security — during a news conference in Montreal.

The groups said almost all cities in Quebec have vacancy rates under three per cent, considered the point of equilibrium. Some regions have rates approaching zero.

The organizations demand the Quebec government enshrine the right to housing in the Charter of Human Rights and Freedoms, that it admit there’s a housing crisis, and put into place a real housing policy that includes massive investments in social housing, including co-operative, non-profit and public housing.

Philippe Néméh-Nombré, vice-president of the Ligue des droits et libertés, noted that Quebec signed an international agreement to recognize the right to housing in 1976 and has failed to honour its signature. “The Quebec government is failing to put in place essential elements of the right to housing.”

The groups also demand better regulation of the private sector to limit renovictions, Airbnb and other tourist rentals, and real estate speculation.

“It’s been a year since (Housing Minister Andrée Laforest) said she is looking into it, and still nothing,” said Véronique Laflamme, spokesperson for the Front d’action populaire en réaménagement urbain (FRAPRU). She said legislation is essential to discipline the private sector.

“Evictions are increasing and until now the government has done nothing significant, dismissing the structural measures we have been demanding.”

About 200,000 Quebec households spend more than half their income on housing, and 40,000 households are waiting for spots in subsidized housing.

The lack of housing is pushing prices higher for families already dealing with inflation. In March 2021, Quebec had 610,000 people using food banks, an increase of 22 per cent compared to 2019.

“We pay our rents and afterward, with what’s left, we try to eat, and when that doesn’t work we go to food banks,” Senneville said.