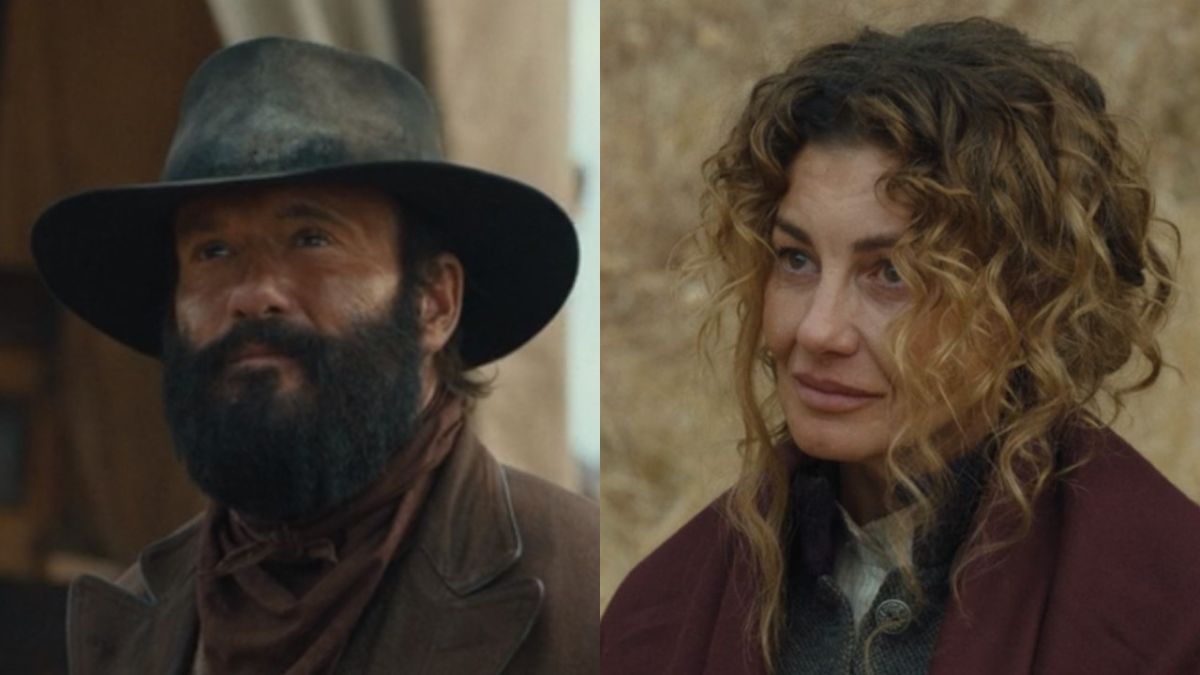 Spoilers below for the season finale of 1883, so be warned if you haven’t yet watched!

1883’s penultimate episode put the writing on the wall regarding Elsa Dutton’s fate, and as much as fans may have hoped that she was somehow shot with the one Lakota arrow that hadn’t been dipped in feces, the Season 1 finale cut those hopes down to size. The optimism-fueled Elsa appeared as if she’d be the spinoff’s main character throughout its run, thanks in part to Isabel May’s graceful performance and sorrowful voiceovers, and while that wasn’t meant to be, her death was revealed to be the entire reason the Yellowstone timeline exists as it does. Of course, such narrative importance wouldn’t offer much comfort to James or Margaret, and it didn’t stop the tears from pouring out of May’s on-screen parents Tim McGraw and Faith Hill.

Elsa’s death was a crushing blow to the husband and wife, and in different ways, as James was the one holding her when she passed, while Margaret was forced to miss her daughter’s final days. In speaking with Variety about that emotional 1883 closer, both McGraw and Hill copped to getting sob-faced as soon as they dug into the scripts. According to McGraw:

Indeed. The Duttons’ domineering attitude regarding land ownership and protection of their insanely massive ranch in Yellowstone has sometimes felt lacking in virtue and relatability, such is the American way. But to know that it all started on the idea that James and Margaret wanted to visit Elsa’s grave on a daily basis, and that a future generation will apparently have to answer to Crow Nation’s return, it definitely gives John Dutton’s current-day plights more of an emotional anchor.

It sounds like Faith Hill and her country singing hubby may have been able to drop an anchor into the pool of tears they shed just in the process of learning what happens in the finale. Here’s how she described reading through the final two episodes:

Part of the reason why 1883’s most emotional scenes are so stinging and lasting is because they often aren’t played up through big stirring beats or musical heart-tugging, breaking tradition from how historical dramas tend to handle things. For instance, it’ll be through birds quietly connecting the deaths of Elsa and Shea Brennan, who was granted peace via hummingbird before he shot himself on the beach.

What’s Next For James And Margaret After That Tragedy?

While there are sadly no more questions left to ask about Elsa’s storyline, at least from a going-forward standpoint, 1883 viewers are no doubt curious to see exactly how the character’s death will affect James and Margaret’s relationship in Season 2 and possibly beyond. Tim McGraw addressed that topic in talking with TVLine, and while he’s not fully aware of how things will play out (since Taylor Sheridan likely hasn’t penned much, if any, of the second season), he did point to Yellowstone already giving fans a nugget of info in that sense. Here’s how he put it:

Of course, while Tim McGraw’s patriarch looked to be alive and well during Yellowstone’s first flashback sequence, the one that he referred to just above did not end well for James Dutton. He seemed to be a dead man himself after being shot by a pack of thieves who most certainly paid the price for their transgressions. But was that moment foreshadowing Elsa’s own foretold death, or will it reverse expectations by revealing that James did indeed survive his wounds? I’m sure medical care had advanced ages in the ten years since Elsa died, right?

1883 Season 1 is available to stream in full for those with Paramount+ subscriptions, and stay tuned for more updates on Season 2, as well as for the recently announced spinoff 1932 and elsewhere in the growing Yellowstone universe. Our 2022 TV premiere schedule has lots of options for what to watch until Sheridan’s narratives are back on our TVs.