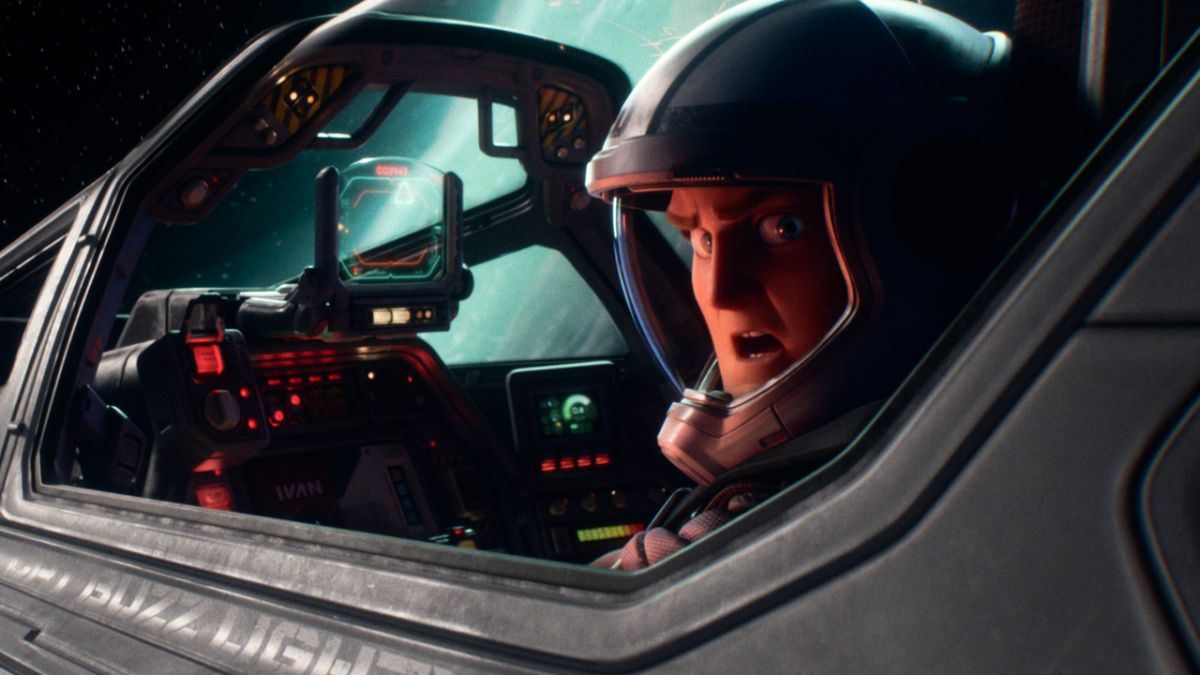 Merchandising is always an interesting subject to tackle when a huge movie like Toy Story hits theaters. As the release of the upcoming movie Lightyear approaches, that’s a subject that’s doubly of interest. Thanks to Chris Evans becoming the third actor to lend their voice to a version of Buzz, the unique meta-approach that focuses on the character who inspired the toys can be a bit tricky to keep straight. That’s why one special Captain America toy came in handy when Evans himself was pondering the concept himself.

Speaking with Chris Evans during the press day for Lightyear, I posed the rather existential question of whether or not he had a Marvel Cinematic Universe toy that gave Steve Rogers a voice other than his own. As it turns out, every toy of Captain America has someone else’s readings of catchphrases. That being said, Evans told CinemaBlend that one of the first toys for the First Avenger actually bore a striking resemblance that informed his performance:

As if the previous theories on Lightyear’s story didn’t weave enough of a web to play around with, Chris Evans’ story about his brother Scott voicing this special Captain America action figure puts us further into the Toy Story rabbit hole. I mentioned as much during our interview, as this sibling substitution reminded me of the fact that in some cases, Tom Hanks has done the same with his role as Sheriff Woody.

Circling back to the bonanza that is merchandising and official tie-in media, it isn’t always possible to get the OG Toy Story stars to return. In the case of Woody, Jim Hanks has stepped in for his brother Tom from time to time. Most notably, it’s his voice that you hear bringing the pull string cowboy to life in the various video games like Kingdom Hearts III, as well as the official movie-connected titles.

Not to mention, Jim voices Woody in the beginning of another door to the rabbit hole: the 2000 direct-to-video spinoff Buzz Lightyear of Star Command. Introducing the animated series that saw Patrick Warburton voicing Buzz in a Saturday morning cartoon that exists in Andy’s universe, that’s a project that also included Tim Allen in the introduction sequence. Simple, right?

Admittedly, from Lightyear’s initial announcement, the question of how we’re supposed to engage with Chris Evans’ Buzz has been often repeated. Some people, like sitcom veteran Patricia Heaton, are still upset Tim Allen isn’t returning to his iconic Toy Story character. It’s gotten to the point where the following clarification, taken straight from the opening title cards, has been posted on the movie’s official social media presence:

In 1995, Andy got a toy from his favorite movie……this is that movie.See #Lightyear only in theaters beginning Friday. pic.twitter.com/CRtqMIiKVJJune 14, 2022

Hopefully, audiences have had time to make their peace with the fact that Buzz Lightyear now exists in three separate variants. Though if you’re still a bit puzzled, just think about the story of how Chris Evans’ Captain America toy has his brother Scott to thank for keeping it all straight in the grand scheme of things. We’re in a world of multiple Lightyears now, and that flow chart is easier to understand when you really dig into it.

Chris Evans’ Lightyear rockets into theaters with early showings on Thursday, with Friday marking the full debut. Disney+ subscribers who are looking to return to the Tim Allen-voiced incarnation of Buzz Lightyear can stream pretty much anything from the Toy Story franchise through the studio’s own platform. Meanwhile, if you’re looking for Patrick Warburton’s Buzz Lightyear of Star Command, that’s not on an official streaming service, but that could always change.