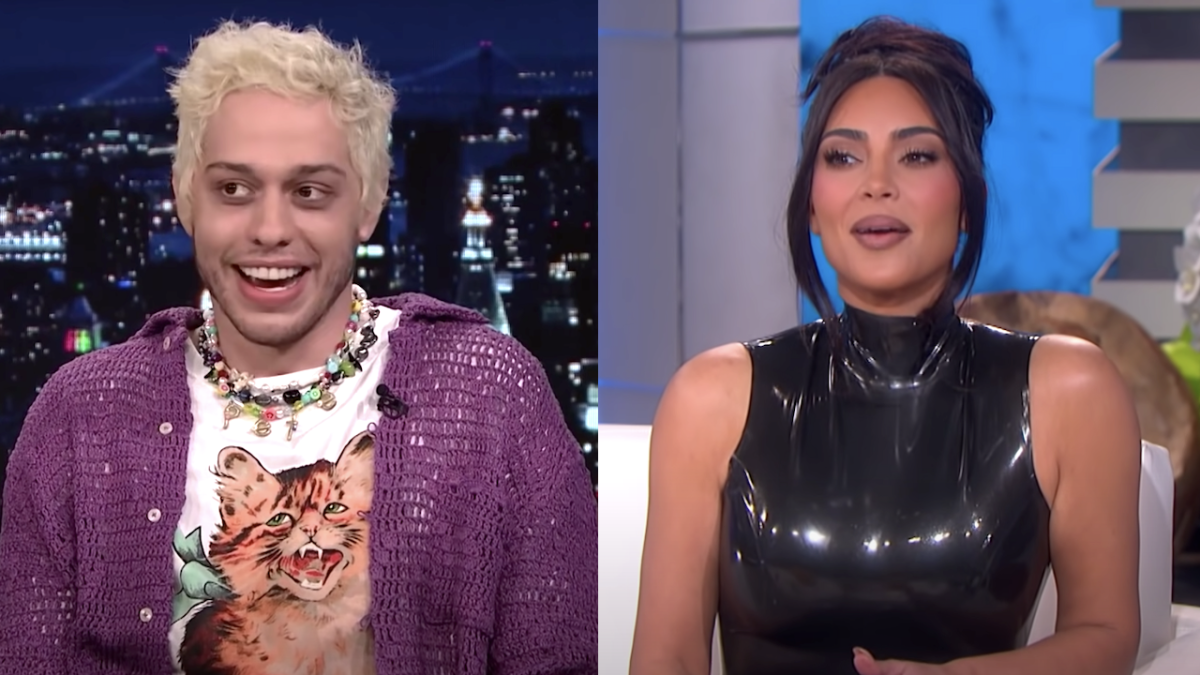 Kim Kardashian and Pete Davidson’s relationship has been going for a little while now. While they were first romantically linked in late 2021, Kardashian and Davidson went Instagram official this past March, much to the delight (and surprise) of fans. They’ve been through quite a bit in just these past several months, including a since-ended social media feud with Kanye West, Kardashian’s ex. More recently, the two are working to maintain a long-distance relationship, as the Saturday Night Live alum works in Australia. And new comments from an insider suggest that the two have reportedly found a way to handle things.

For the past several months, Pete Davidson has been working on A24’s Wizards! in the Land Down Under. Kardashian didn’t make the move to Australia with her beau, but she recently took a trip to see him (and reportedly made a racy comment about seeing Davidson). Still, one would think that that kind of distance would put a strain on a couple’s relationship. That doesn’t seem to be the case here, however. Per a source, Kardashian and Davidson are making the best of the situation:

The source also told E! News that the stars are also in “constant communication” with each other and apparently “FaceTime consistently.” Fans of the couple will surely be delighted to hear that the two are apparently not letting this situation affect their romance. If anything, you sort of have to applaud them for finding the time, especially considering how busy they both are these days.

At this point, Kim Kardashian and Pete Davidson seem to be getting very close to each other. Aside from spending time with his lady and her adult relatives, Davidson has even spent solo time with Kardashian’s son, Saint. Their outing, which occurred in June, makes a lot of sense, when one considers recent comments the comedian made. Davidson revealed that he wants a family of his own someday and is apparently working to “develop” himself so that he’ll be ready for husband and father duties when the time comes.

So does that mean Pete Davidson and Kim Kardashian are ready for kids? Well, per reports, the two are taking their time when it comes to all of that. They’ve allegedly “spoken about” having children together but are simply focused on “focused on building their relationship” at the moment. Still, based on how smoothly things are going, I wouldn’t totally rule out the idea of the two deciding to take the parental leap.

But right now, one would assume that the pair will just continue to enjoy each other’s company. It’s currently unclear as to when Wizards! will complete principal photography but, once it does, it’s likely that the lovers will be overjoyed to spend some quality (in-person) time together.

You can keep up with Kim Kardashian (and not so much Pete Davidson) by streaming the first season of The Kardashians with a Hulu subscription.