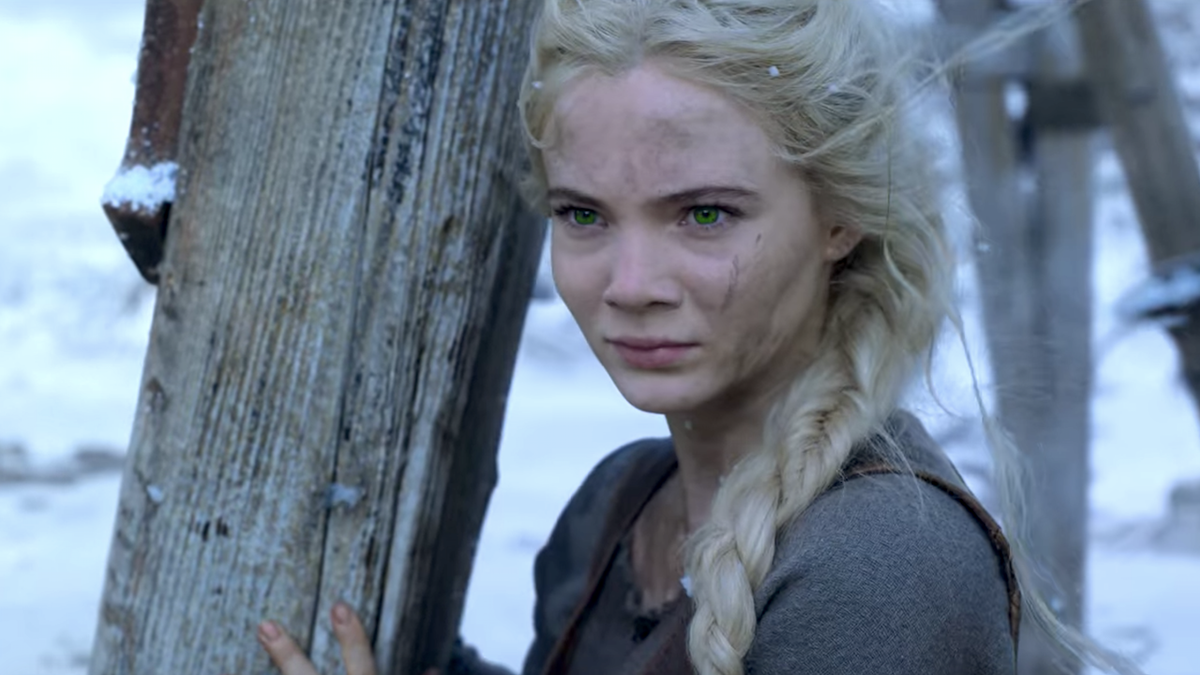 It took a while to get to us, but when one of the best Netflix shows, The Witcher, finally returned for new episodes, it certainly turned out to be worth the wait. As we’d been promised, Geralt and Ciri were beginning to lean into their new surrogate father / daughter roles, with the grunting monster-hunter taking the exiled princess to his childhood home / training ground. We’d also been told that young Ciri would become “a lot more brutal,” and that was evident as Geralt began training her. It led to Ciri having some truly badass scenes, and Freya Allan has opened up about how she trained for them and why they were “exhilarating.”

How Did Freya Allan Train For Ciri’s Badass Scenes In The Witcher?

Season 2 of The Witcher had to focus, in part, on Geralt helping Ciri with actual fighting skills she could use to protect herself (along with finding someone to help her use chaos), which worked well to fix a regret the showrunner had about the first season. So, Freya Allan had a new challenge in playing Ciri, as she needed to start her own training journey to learn how to fight as her character was. In a new video posted to the show’s YouTube page, Allan talked about the process for her training, and said:

The Witcher Season 1 saw Ciri do a lot of running and hiding after the fall of Cintra, as the Nilfgaardians were hot on the trail of the last person with a legitimate claim to the throne of the city they’d just taken over. And, while Ciri had discovered some helpful newfound powers, she also didn’t understand them and couldn’t always access them when needed. Geralt soon became well aware of that, but also knew she had to have concrete skills, especially if there came a time when he wasn’t around to help her.

Why Did Freya Allan Find Ciri’s Badass Scenes In The Witcher Exhilarating?

As you might imagine, Allan had to start out slowly with her training, but she seems to have taken to it “immediately,” which probably helped make eventually filming Ciri’s badass sword work much easier. Of course, viewers will also likely remember that Ciri quickly got fed up with going so slowly in her fight training with Geralt. When the girl was introduced to the Witcher obstacle course used to toughen them up, she was game to figure out how to complete it, leading to a sequence The Witcher showrunner praised.

After talking about getting Ciri’s fall from that dangerous course right, Allan added:

I hadn’t thought about this, but it does ring true. Viewers have seen Ciri go through a lot in a short period of time in these two seasons of The Witcher. So, it makes sense that Freya Allan would see Ciri’s more physical scenes as a “nice escape” from all of the heavy emoting that she’s had to do so far.

Things are still gearing up for The Witcher Season 3 (with one new character possibly being cast already), but while we await more info on that, check out what’s currently on the 2022 TV schedule!