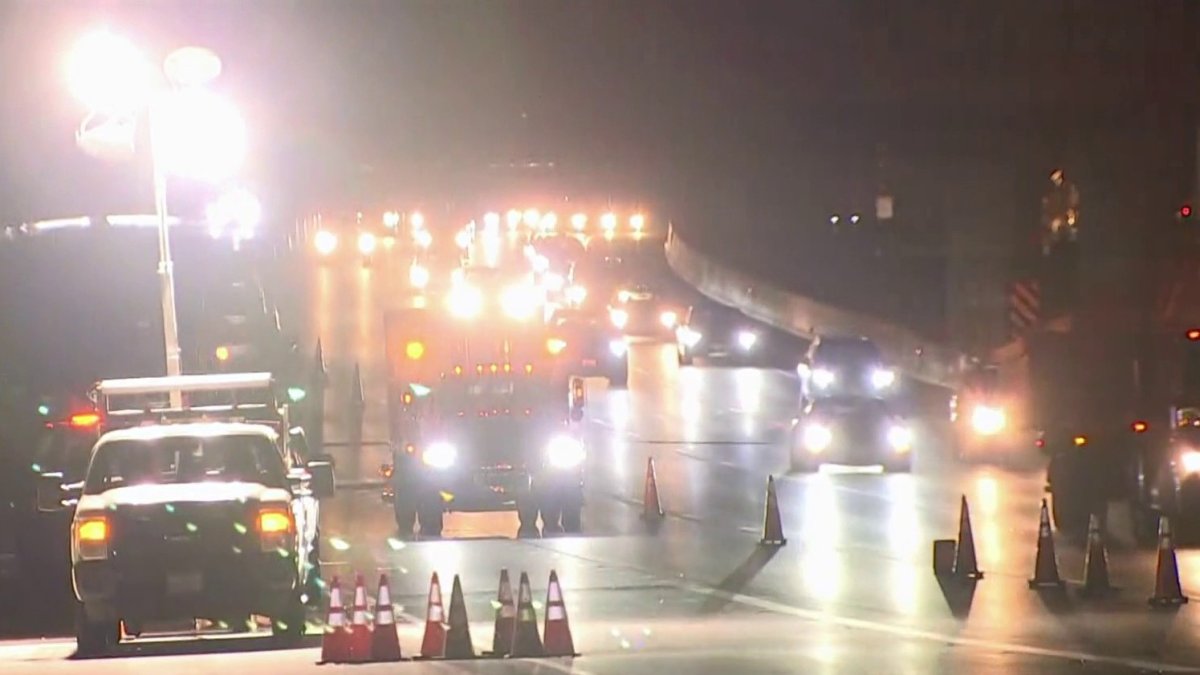 If your morning commute involves heading south on I-270 in Montgomery County, Maryland, you might need to change your plans.

A 25-foot-wide sinkhole was discovered on the highway Wednesday night, officials told News4.

As of early Thursday, the two right lanes plus the right shoulder were closed — and officials said they could stay closed for days and cause major delays.

The sinkhole was found before the I-370 exit, near the Muddy Branch Road overpass.

First4 Traffic’s Melissa Mollet said your best detour route is likely to be Rockville Pike. Traffic was light in the early hours of Thursday, but that’s likely to change as the morning commute picks up. Follow News4 and First4 Traffic for updates.