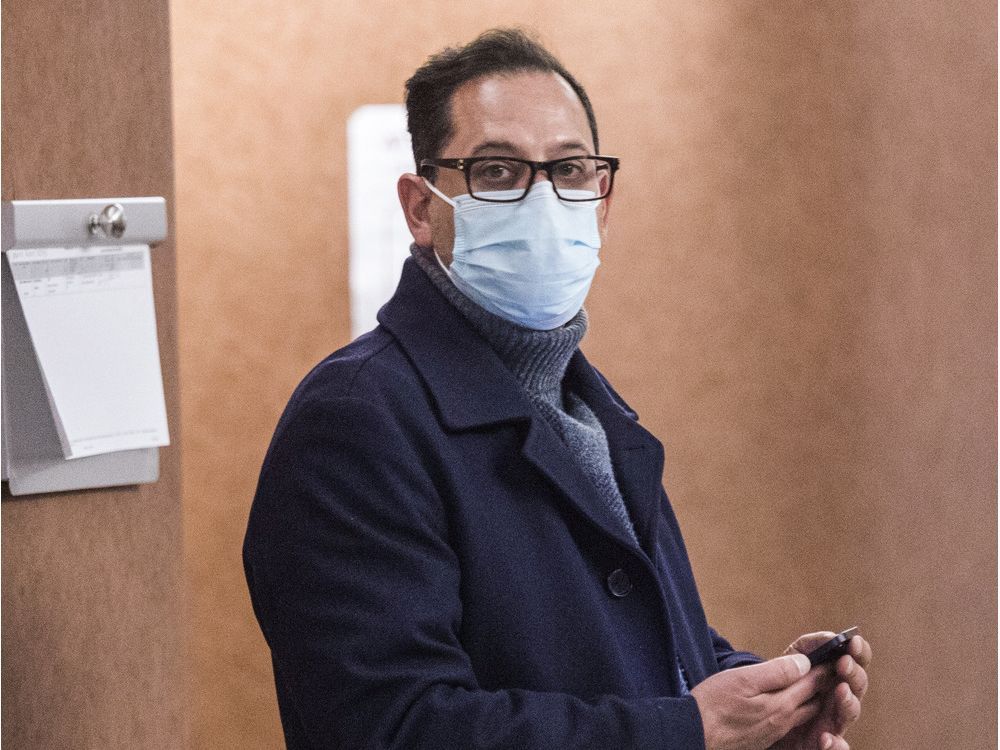 A man who was stabbed outside a club in Old Montreal two summers ago testified in court on Monday that he figured he was witnessing his last minutes alive as he watched his own blood drip down to his shoes.

The victim, whose identity is protected by a publication ban, was the first witness called to testify in the trial at the Montreal courthouse of Nicola Spagnolo, 47, a man with alleged ties to the Montreal Mafia.

Spagnolo’s alleged connections to the underworld have nothing to do with the trial as he is alleged to have stabbed the victim during a brief argument outside the Boho cocktail bar on St-François-Xavier St. on Aug. 1, 2020. The victim explained to Quebec Court Judge Yves Paradis that he had never met the accused before.

The victim said he was at Boho with some friends when he decided to step outside to smoke a cigarette. While answering questions from prosecutor Mathew Ferguson, the vicim conceded that he was “inebriated” that night and “might have” consumed cannabis at some point earlier in the day.

He said he noticed a man he later identified in a photo lineup as being Spagnolo standing outside the bar with a woman.

“I don’t remember why exactly. Maybe it was to ask for a light. But I started talking to them,” the victim said. “Everything was OK but at a certain moment, while I was talking to the woman, the man told me to shut my mouth.

“I said I had spoken to him with respect, so he should talk to me with respect. The tone got raised very quickly and soon both of them were insulting me.”

The victim said the situation grew more tense before someone he believed was a barman suddenly appeared.

“He told me I didn’t want to have a problem with this man, the person who was insulting me. Suddenly, the man came toward me and struck me,” the victim said. “I didn’t understand what had happened really. I just noticed that he had a black object in his hand. Then I put my hand on my ribs and I realized he stabbed me.”

The victim said the next few minutes were confusing to him. He said he turned toward what he thought was the Boho bar and that it appeared to have suddenly closed and been locked up. He also noticed he was suddenly standing alone on St-François-Xavier St.

He also noticed that the battery on his phone had died, so he couldn’t call for help. He said he managed to find two people outside the Notre Dame Basilica.

“I fell to my knees and they called for an ambulance,” the victim said. “I fell to one side and my shirt was off. I could see my blood flowing out. I was convinced I was going to die.”

Ferguson then asked why his shirt was off.

The judge was then shown photos of the victim taken at a Montreal hospital where he was treated for days. One photo was of a 30-centimetre scar that stretched from below his ribcage to his waistline. The victim said the scar was left from the surgery performed to repair his intestines. Another photo showed the right side of the victim’s upper body and the stitches used to close the stab wound.

Spagnolo is the son of Vincenzo Spagnolo, a man who was a close friend to Mafia leader Vito Rizzuto. During the recent murder trial of Dominico Scarfo, the key witness in the trial, a hit man who became an informant, testified that leaders of a Calabrian clan in the Montreal Mafia intended to have Nicola Spagnolo killed during 2016, but killed his father by accident.

The trial will resume on Tuesday.