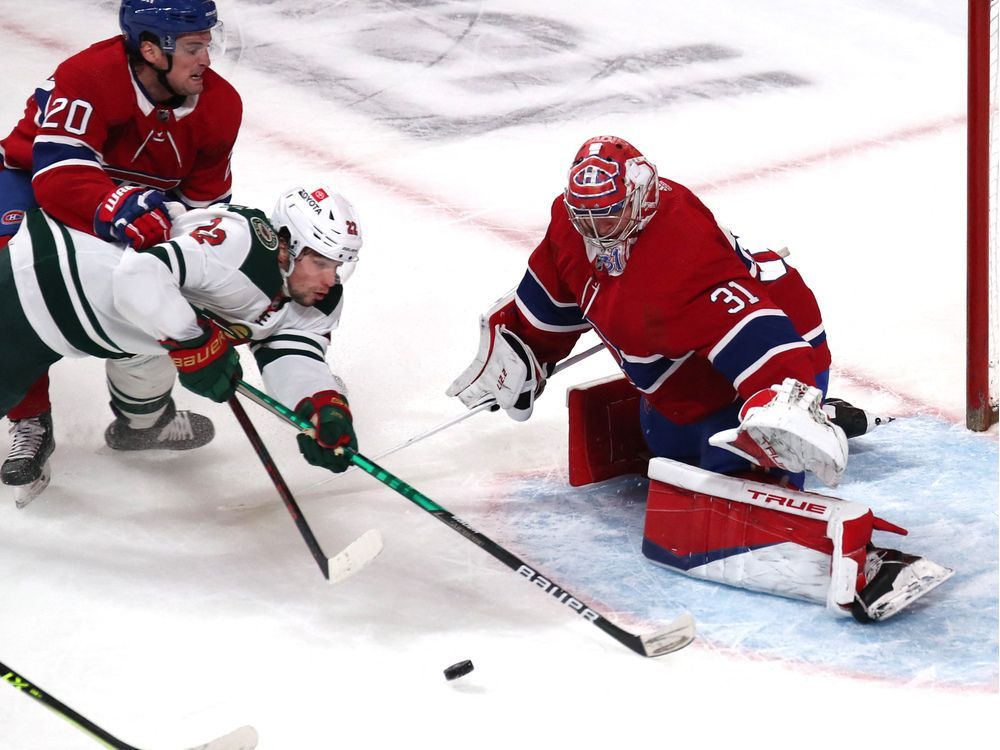 “It would be easy to pack it in, but we haven’t done that,” St. Louis said after a 2-0 loss to the Minnesota Wild Tuesday night. “I’m looking at our last nine periods (and) against the Islanders, we were very good from start to finish. Against Washington, we had a really good half game and tonight, minus the first five or six minutes, we were really good.

“The boys have bought into what we’re doing and the young guys understand how important these reps are for them,” St. Louis said. “Collectively, we’re managing their spirits pretty good because nobody likes losing. We’re going to fight to the end we’re going to keep building for next year.”

One not-so-young guy who is building for next season is 34-year-old goaltender Carey Price, who made only his second appearance of the season

“I felt a lot more settled in, I’m getting there,” Price said after making 28 saves.” I’m starting to feel it’s a lot less chaotic out there. Anybody who’s been out for a long time knows you’re not seeing it the way you normally would, picking things up the way you would. I definitely feel I’m slowing the game down.”

Price said it was important for him to come back and play some games before the season ended to regain his confidence and experience game conditions.

“Game shape is really a thing,” he said. “But I feel like I managed myself in my time off to prepare for this. There’s definitely time when you maybe feel a little bit winded, but you feel like that anyway.”

Price took advantage of a TV timeout to chat with his young daughter Millie.

“She was wondering why they were shovelling the ice,” Price said.

Price said he likes the way the Canadiens have been playing in front of him.

“I thought the last two games I’ve been in, we’re playing really well. We’re pressuring the puck up the ice, using our speed where we’re at our best. I thought sorting our back checks and killing plays was better tonight than it was last game.”

But like the last game, there were no Montreal goals. Price noted that the Canadiens had chances and he also noted that Montreal faced two good goaltenders in the Islanders’ Ilya Sorokin and the Wild’s Cam Talbot, who made 26 saves for the shutout.

“It would be nice to score goals for Carey for sure and it’s not that we aren’t trying or that the effort isn’t there,” St. Louis insisted.

Paul Byron’s season is in jeopardy. He didn’t return to the bench after the first intermission and the team said he suffered an upper-body injury.

St. Louis said Byron has been bothered by the injury for a few weeks now. However, it was too early to say if the fast winger would have to put an end to the rest of the campaign.

“He fights every day to play. He wants to be with the team. He’s a competitive player and it’s hard not to be able to count on him 100 per cent,” St. Louis said of Byron.