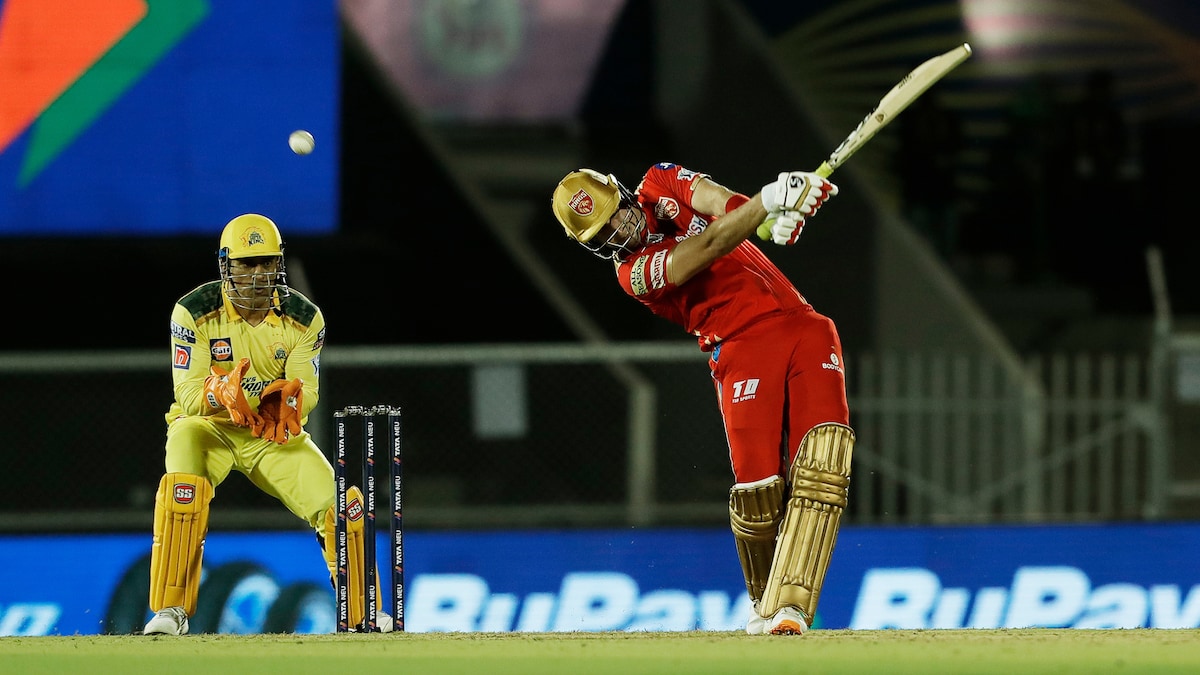 T20 nomad Liam Livingstone justified his Rs 11.50 crore price-tag with a smashing all-round show while rookie seamer Vaibhav Arora announced his arrival on the big stage during Punjab Kings’ comfortable 54-run decimation of Chennai Super Kings in an IPL match here on Sunday. Livingstone with a 32-ball-60 laid the platform but Chennai Super Kings bowlers made a brilliant comeback at the death, restricting Mayank Agarwal led side to 180 for 8 after 20 overs. Later, little known Himachal Pradesh seam bowler Arora (4-0-21-2) performed as if he owned the stage, dismissing Robin Uthappa and Moeen Ali with CSK managing only 126 in 18 overs at the end of the chase.

After his batting, Livingstone (3-0-25-2) then became man with a “golden wrist” as his leg breaks got him a couple of wickets and he also took the final catch to cap off a dream night.

This is CSK’s third defeat in as many games and unless Deepak Chahar makes a speedy comeback, things aren’t looking great for the ‘Yellow Brigade’ and its de-facto skipper Mahendra Singh Dhoni.

A couple of more defeats could really put them under huge pressure and within a sniffing distance of point of no return.

Arora got good support from his former SD College Chandigarh teammate Arshdeep Singh (2/13 in 2 overs) during the initial period in which his skipper Agarwal bowled him out. Rahul Chahar (3/25 in 4 overs) was steady during back-10 and his three wickets included the wicket of Dhoni.

Arora didn’t do anything fancy apart from pitching it fuller with the hint of away seam movement occasionally.

Uthappa tried a flick while Moeen without any distinct footwork dragged a delivery well outside the off onto his stumps. Skipper Ravindra Jadeja also met the same fate due to lack of feet movement.

In a jiffy, CSK were 36 for five before Dhoni (23 off 28 balls) joined Shivam Dube (57 off 30 balls), who did entertain the Brabourne crowd with lusty blows but it was always a game of catch-up for them.

Dhoni’s oft-documented struggles didn’t do any good for CSK either as Dube had too much to do in too little time.

Fittingly, it was Livingstone, who capped off a fine day, removing Dube with an away going delivery and then dived full stretched off his own bowling to remove Dwayne Bravo.

Before his exploits with the ball, Livingstone, one of the most destructive T20 batters across global leagues, finally came good with five fours and an equal number of sixes, sending the CSK bowlers on a leather-hunt during the initial overs.

There were 100 metre plus sixes off length balls and Livingstone would often shimmy down the track to disturb the length as he did with the wily Bravo. Even the thick edges went for six with CSK bowlers looking clueless till he was there at the crease.

In fact, Bravo, under pressure, forced Dhoni to stand up to the stumps in order to prevent Livingstone from charging down the track but that hardly deterred him from playing his strokes.

In fact, bulk of the 55 dot balls came in the second half of the Punjab innings.

Livingstone and Shikhar Dhawan (33 off 24 balls) added 95 for the third wicket in just 8.4 overs and it seemed that another 200-plus total was on the cards.

By the time Dhawan was fooled by a Bravo slower ball, Punjab had laid the platform, scoring 109 in the first 10 overs, which sadly the later batters couldn’t capitalise on.

But once Livingstone was out, the ‘Reds’ couldn’t maintain the momentum although Vidarbha’s Jitesh Sharma (26 off 17 balls) with his audacious strokeplay showed why he is so highly rated.