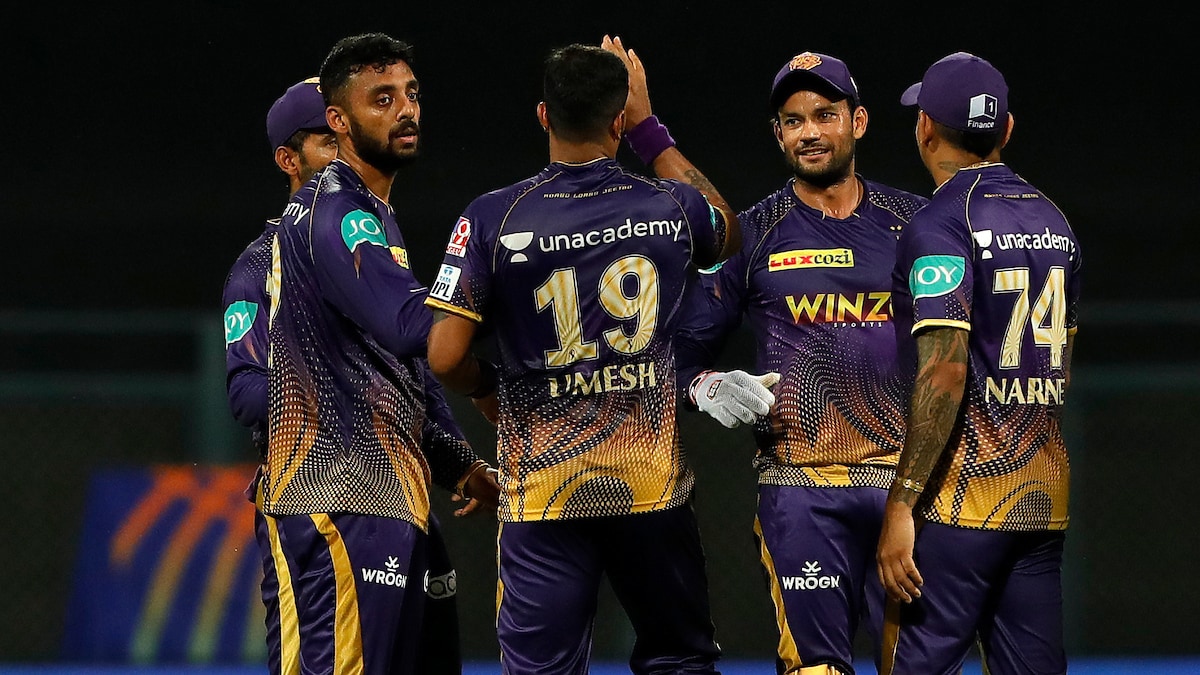 IPL 2022: KKR beat CSK by 6 wickets at the Wankhede in season opener.© BCCI

Chasing 132, KKR openers Rahane and Venkatesh Iyer provided their team with a great start as they scored 43 runs in the powerplay. CSK finally heaved a sigh of relief when Venkatesh got caught by Dhoni on Dwayne Bravo’s delivery.

Nitish Rana then joined Rahane and troubled the CSK bowlers for a brief period of time and departed after scoring 21 runs, with 76 runs on the board. Following Rana’s dismissal, Rahane also perished on Mitchell Santner’s delivery as he got caught by Ravindra Jadeja, leaving the team’s total at 87/3 in 11.4 overs.

KKR skipper Shreyas Iyer and Sam Billings came to the crease and anchored the innings. The duo took the score to 123 but before they could take their side through the victory line, Billings got dismissed by Bravo for 25 runs.

Later, Shreyas, who was then joined by Sheldon Jackson, ended the match with a boundary with 6 wickets and 9 balls remaining in hand.
Earlier, Dhoni scored an unbeaten half-century to provide CSK, which was led by Jadeja, with a respectable total of 131/5, after they faced an early loss of wickets.

CSK will now be facing Lucknow Super Giants (LSG) in their next clash on March 31 while KKR will be going up against Royal Challengers Bangalore (RCB) on March 30.