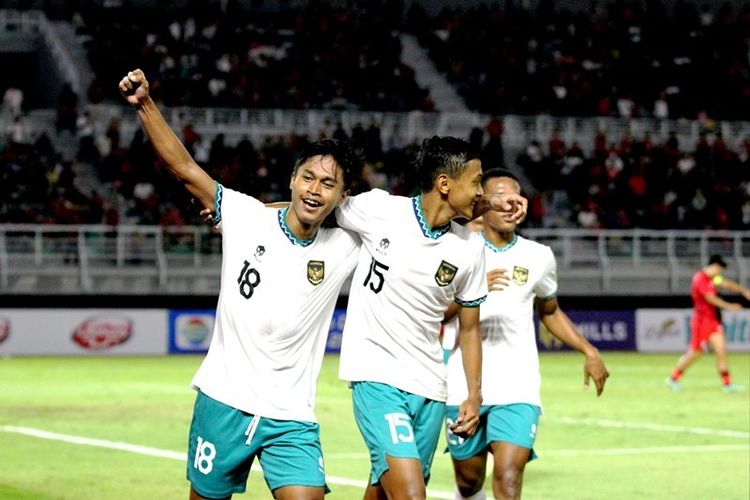 Indonesia managed to close the first half with a 3-0 advantage through goals from Rabbani Tasnim in the 10th minute, Alfriyanto Nico in the 22nd minute, and Zanadin Fariz in the 43rd minute.

At the beginning of the second half, or rather in the 52nd minute, Indonesia got a chance through Rahmat Beri Santoso’s flick after continuing Nico’s horizontal pass. But his shot was still slightly off the left side of the Hong Kong goal.

Hong Kong got a penalty after Ahmad Rusadi had a handball in the penalty box while trying to anticipate Hong Kong’s air attack.

Not only got a penalty, Indonesia had to suffer a loss because at that moment goalkeeper Cahya Supriyadi suffered a severe injury to the head and could not continue the game in the 58th minute.

Cahya Supriyadi had to be carried off the field on a stretcher and immediately taken by ambulance after Rahmat Beri Santoso’s foot accidentally stepped on his head.

In this situation the Hong Kong players showed their respect by urging the medical and ambulance workers to move quickly to treat Cahya.

Because he could not continue the game, Cahya Supriyadi had to be replaced by Indonesian goalkeeper Aditya Arya Nugraha.

Aditya Arya immediately faced a Hong Kong penalty which was executed by Chen Ngo Hin. On his first shot, Aditya was able to read the direction of Chen Ngo Hin’s ball, but the rebound still went to Chen Ngo Hin’s feet to break into the Indonesian goal. Hong Kong also managed to reduce the gap to 1-3 from Indonesia.

In the 81st minute, Indonesia got a good opportunity through Achmad Maulana’s header which still hit the left post of Hong Kong after continuing the pass from Marselino Ferdinand’s free kick.

Indonesia was finally able to increase their advantage in the 86th minute through Marselino Ferdinand’s hard kick from inside the Hong Kong penalty box. This goal was created after Robi Darwis sent a breakthrough bait from the right side which was immediately greeted by Marselino’s kick which managed to lead to the corner of the right post of Hong Kong.

In the 88th minute, Indonesia received a penalty after Marselino was brought down by Hong Kong player Yim Kai Cheuk. Marselino immediately took the penalty and managed to outwit the Hong Kong goalkeeper. Indonesia leads 5-1 over Hong Kong.