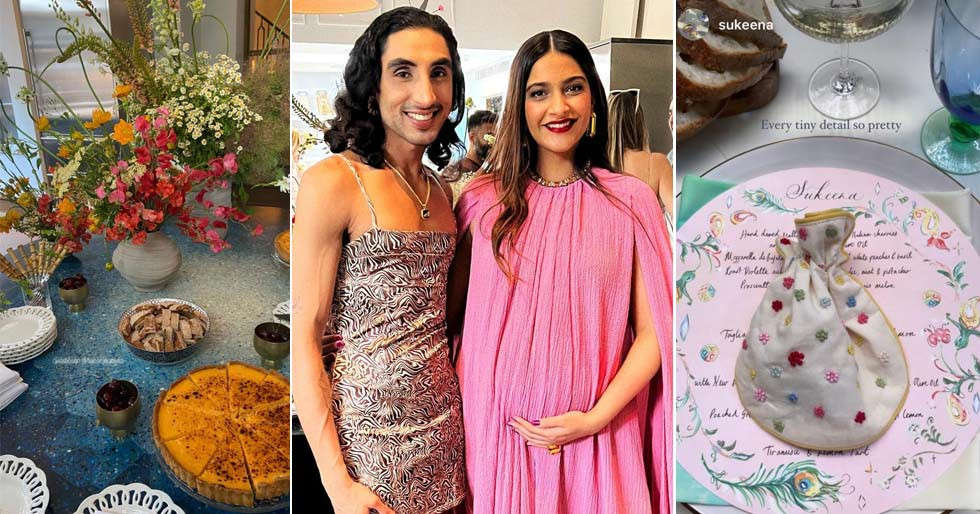 The inside pictures from the baby shower of Sonam Kapoor Ahuja recently surfaced on the internet. We cannot stop obsessing over the aesthetically pleasing decor and lavish food spread. For Sonam’s baby shower, only the best flowers were picked in a plethora of beautiful colours.

Every minute detail of the event was tastefully chosen, something that fits the elegance and finesse of someone like Sonam. The actress herself attended the event in a pink cape dress paired with gold accessories. Her sister, Rhea Kapoor and close friends and family were also present at the event. A video from the event shows a singer singing the song Masakali from Sonam Kapoor’s movie Delhi 6, as Sonam and Rhea groove to the beats.