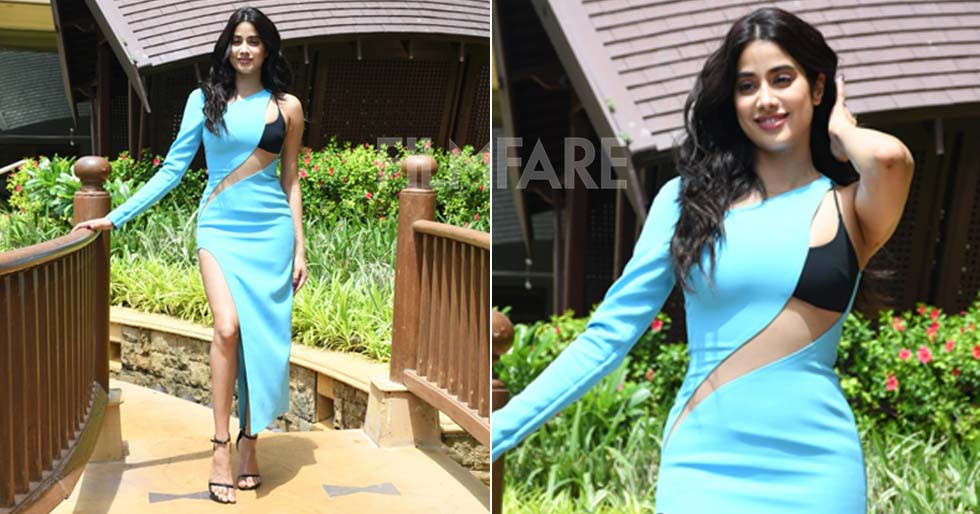 Janhvi Kapoor never fails to turn heads with her fashion sense. The actress is also not afraid to be daring with her fashion choices. All eyes are on her after releasing the first look poster for her upcoming film Good Luck Jerry. While promoting her film in Juhu, she looked stunning in a blue cutout gown. The dress had asymmetric sleeves and was cut out until the waist. The ankle-length dress featured a thigh-high slit as well. She finished the look off with strappy black heels.

Meanwhile, fans are responding positively to the first look of GoodLuck Jerry, which was released this morning. Siddharth Sengupta has directed the film, which is produced by Aanand L Rai. In addition, Janhvi will appear in Mili. Mathukutty Xavier directs the film, who also directed the original Malayalam film in 2019. Sunny Kaushal and Manoj Pahwa also star in the film, which is produced by Boney Kapoor. It’s her first time working with her father. In addition, she has Mr. and Mrs. Mahi with Rajkummar Rao.