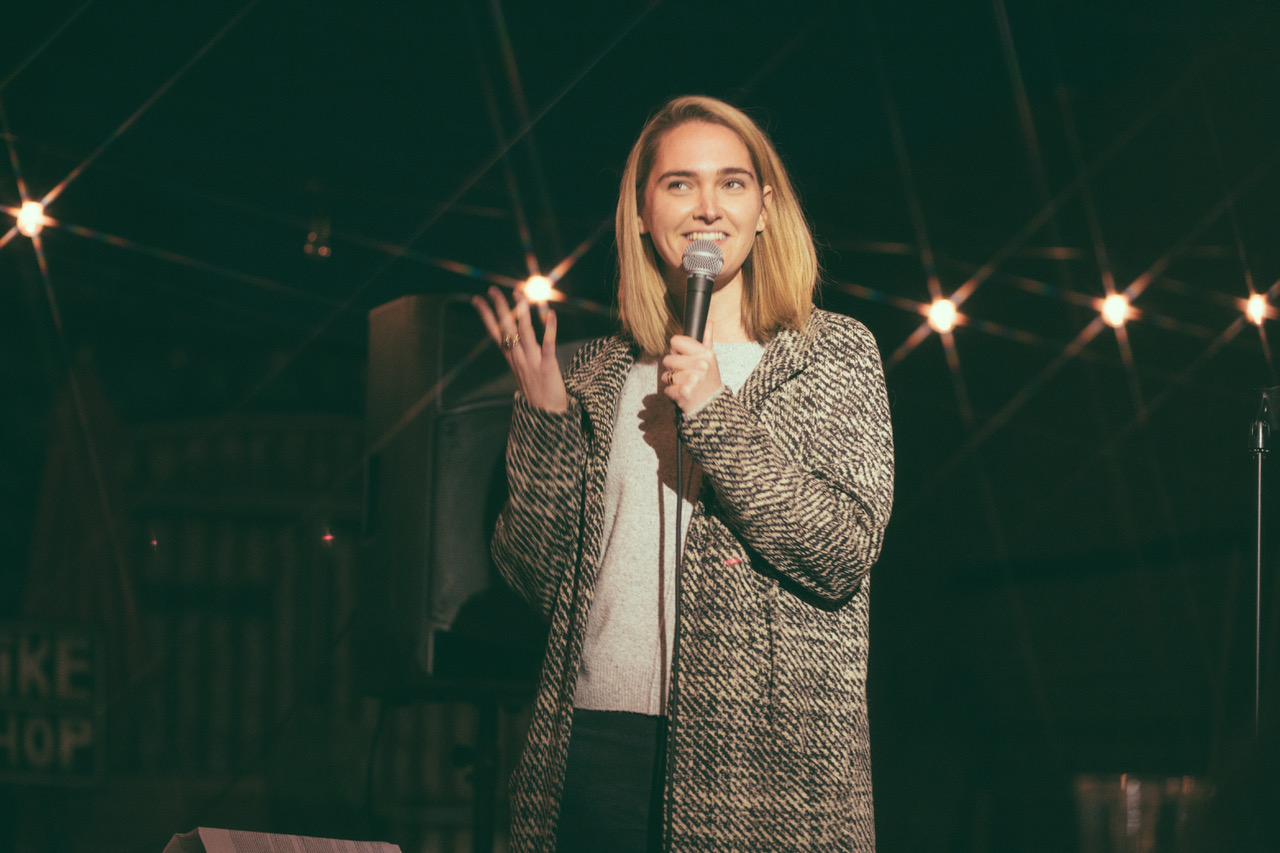 Comedian Jena Friedman is no stranger to the absurd. Across her body of work, Friedman has confronted the humor in alleged cannibalism, photobombing Donald Trump, and the logistics of dating Ted Bundy. Now, Friedman debuts a new hour of self-described “dark feminist” stand-up at the Arlington Drafthouse on April 29 and 30, in preparation to film the material as a comedy special in July. “I’ve been doing it a lot in New York and L.A., and it’s important to go to Arlington and other places to see how audiences who aren’t in those cities react,” Friedman tells City Paper. “I always love D.C. crowds because of how politically savvy they are. They’re, I think, one of my favorite audiences to perform for.” The pandemic marks the longest Friedman has ever been away from the mic in her 14 years of performing stand-up. But she’s kept busy elsewhere, landing an Oscar nomination for Best Adapted Screenplay as part of the writing team for Borat Subsequent Moviefilm, and becoming the self-proclaimed “hipster Nancy Grace” with her true crime “comedy” series Indefensible. The docu-style show is a twist on the exploitative true crime genre that uses levity to expose the systemic failures shielding violent men from accountability, instead of making a spectacle out of violence against marginalized groups. But the hour of comedy Friedman brings to the Arlington Drafthouse will notably include less politics than her past material. “Shifting to the personal, it is a departure for me,” Friedman says. While in her earlier years of stand-up she rejected the expectation that women comics had to be personal, Friedman now finds that changes in politics and comedy make opening up about her own life onstage more “fulfilling and funny.” Along with the new special, Friedman has many exciting developments on her horizon; she’s filming the second season of Indefensible, releasing a book, Not Funny, next April, and developing a TV show about a sex doll come to life. “She has a brain, so she gets immediately discarded by her owner,” Friedman says. “It’s kind of a metaphor for [what happens to] women as we age.” Jena Friedman performs April 29 and 30 at Arlington Cinema Drafthouse, 2903 Columbia Pike, Arlington. arlingtondrafthouse.com. $20.