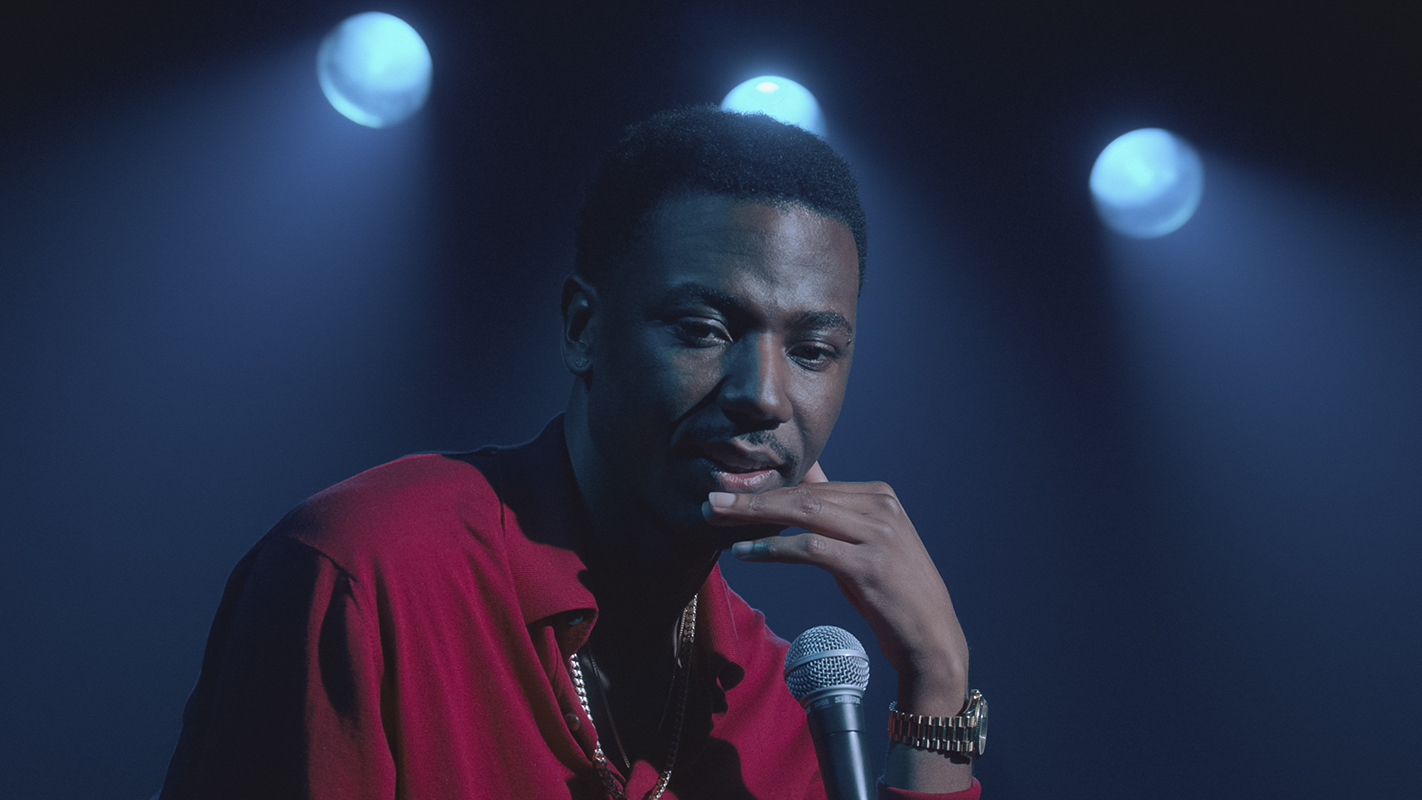 Not many of Jerrod Carmichael’s fans or friends saw it coming when the 35-year-old actor-comedian, and star on three seasons of NBC sitcom The Carmichael Show, revealed to the live audience of his latest HBO standup comedy special that he’s gay.

Carmichael’s big news landed like a shockwave just before the April 1 release of the special, Rothaniel, and just in time to hype his recent stint as host on Saturday Night Live. The comic’s strong showing on SNL served as a high-profile set-up for the hour-long special, his third for HBO, after Love at the Store, directed by Spike Lee, and 8, directed by Bo Burnham.

Yet, even with all the public support, Carmichael’s coming-out still caused aftershocks closer to home. As he described in his April 7 visit to Late Night with Seth Meyers, the special and his candor in it about himself and his family had caused a rift between the performer and his dearest subjects, mom and dad.

In the car on his way to Late Night, both his parents had called him, making an emotional plea for peace — only after his mother insisted “these sins are tearing the family apart.”

As for the special itself, Rothaniel (★★★★★) is, dare it be said, worth all the trouble — both a brilliant piece of confessional comedy, and a boldly queer affirmation of forgiveness, love, and tolerance at a time when that’s needed. Written by Carmichael and directed by Burnham, who earned three Emmys for his own acclaimed 2021 Netflix comedy special Inside, the show presents Carmichael’s searing standup in a jazzy shade of blue.

Rothaniel was filmed at New York City’s famed Blue Note Jazz Club, a suitable stage for the comic to strum his secrets into hilarious riffs on shocking his straight homeboys or discovering unexpected branches of the Carmichael family tree.

He also ventures into moments of raw vulnerability, admitting that he rebelled his whole life against accepting himself. “I never thought I’d come out. I didn’t think I’d ever, ever, ever come out. Probably, many points in my life, I thought I’d rather die than confront the truth of that.”

Exposed in a literal hotseat placed centerstage under the spotlight, he invites the audience to participate in the occasionally intense conversation. They do, in ways that are both fruitful for the comedy, and add to the intimacy of the performance.

In fact, Carmichael, Burnham, and cinematographer Sam Levy achieve an astounding intimacy throughout, conveying Carmichael’s phrasing and pausing, bringing the viewing audience inside the room for an unobstructed view of this vital, vitally funny hour of truth and consequences.

Rothaniel is available for streaming on HBO Max. Visit www.hbo.com.