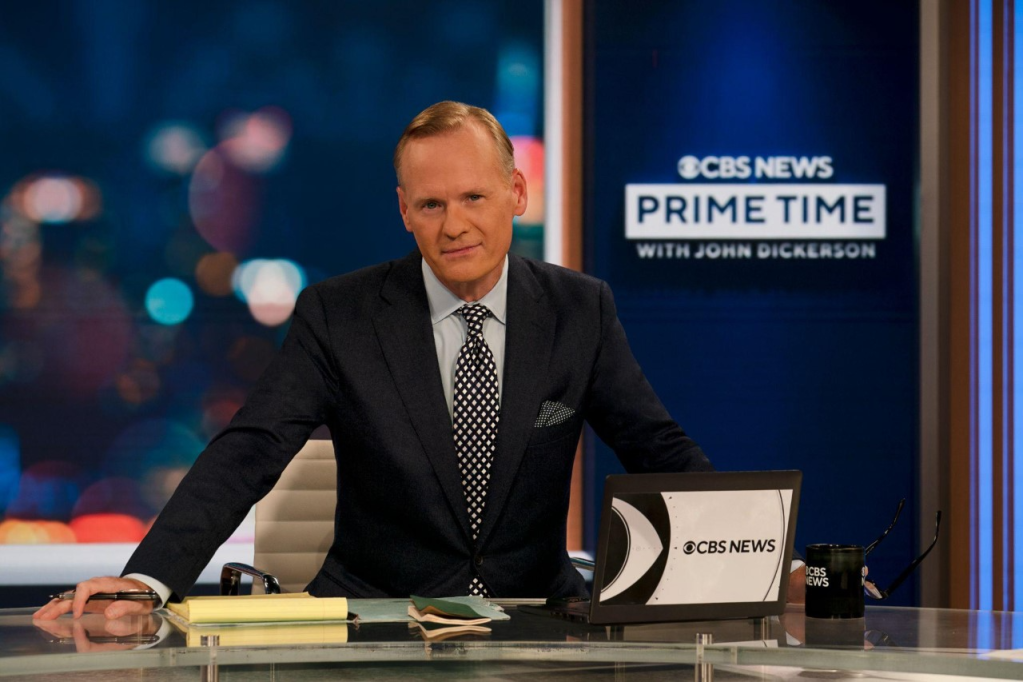 Dickerson will continue to serve as a CBS News correspondent, including appearances on election night and breaking news coverage.

The show will be based at CBS News’ New York headquarters in Studio 57 at CBS Broadcast Center.

Dickerson said in a statement that the network streaming platform provides “the gift of getting to take the trust our viewers and readers give us and using that obligation to explore the world, figure out what is happening, why it’s happening and report back in proportion and the right order.”

Networks have been trying to build audiences for their streaming channels with shows headlined by broadcast personalities. CBS News revamped its streaming platform earlier this year with a primetime lineup that includes other shows featuring broadcast personalities, including CBS Evening News anchor Norah O’Donnell, who hosts a revival of the Person to Person series.

Dickerson joined CBS News in April, 2009, and spent six years as political director. He moderated Face the Naiton from 2015 to 2018, and later was co-host on CBS This Morning. In 2019, he served as a contributor on 60 Minutes, in addition to his role as the network’s lead political analyst.