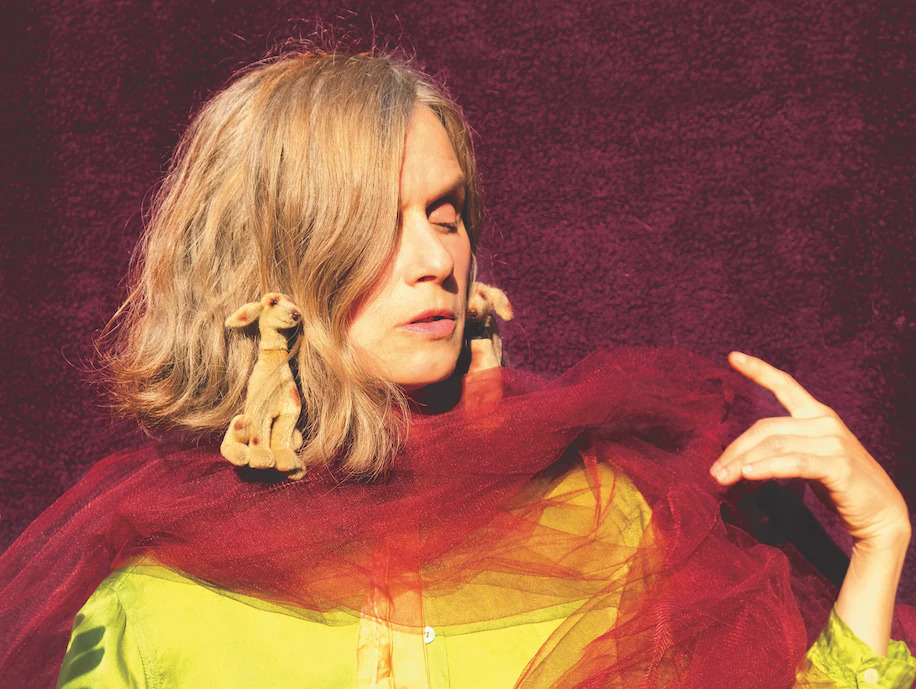 Buenos Aires singer-songwriter Juana Molina has turned heads since the mid-’90s for mixing her breathy Spanish vocals and strummed guitar with looped sounds and effects generated by pedals and synthesizers. Since 2009, she’s usually employed bandmates to help create her ethereal soundscape of folk electronica. But during the pandemic, Molina was forced to return to making music alone, and vowed to create a live show with the same sort of improvisation that she engages in when she plays at home. Molina tells City Paper that previously, with her band, “the arrangements were fixed, and every night we played the same.” On this tour, Molina will “start a song as usual, and then [I] don’t know exactly how it’ll finish.” Molina is no stranger to taking chances. She first rose to fame as a popular comedy actress with her own TV show in Argentina in the ’90s, but after taking maternity leave, decided that the guitar playing she first started at age 5 interested her more. Beginning with her recently reissued second album, aptly titled Segundo, Molina has added chirping birds, chiming bells, fireworks, unusual guitar tunings, and warped wordless vocals to her recordings. In 2019, she released Forfun, an uptempo EP featuring punk renditions of her compositions. The record was inspired by the time her band had to play a festival without some of their instruments, which had been misplaced by an airline. Forfun was followed by ANRMAL, a 2020 live album that included raw versions of both her avant-indie folk and punk songs. Though she won’t be offering new songs on this tour, Molina promises renditions of her previously released songs will be “so different from the recordings that they could be considered as new.” Juana Molina performs at 8 p.m. on April 20 at Union Stage, 740 Water St. SW. unionstage.com. $20. Proof of vax required.