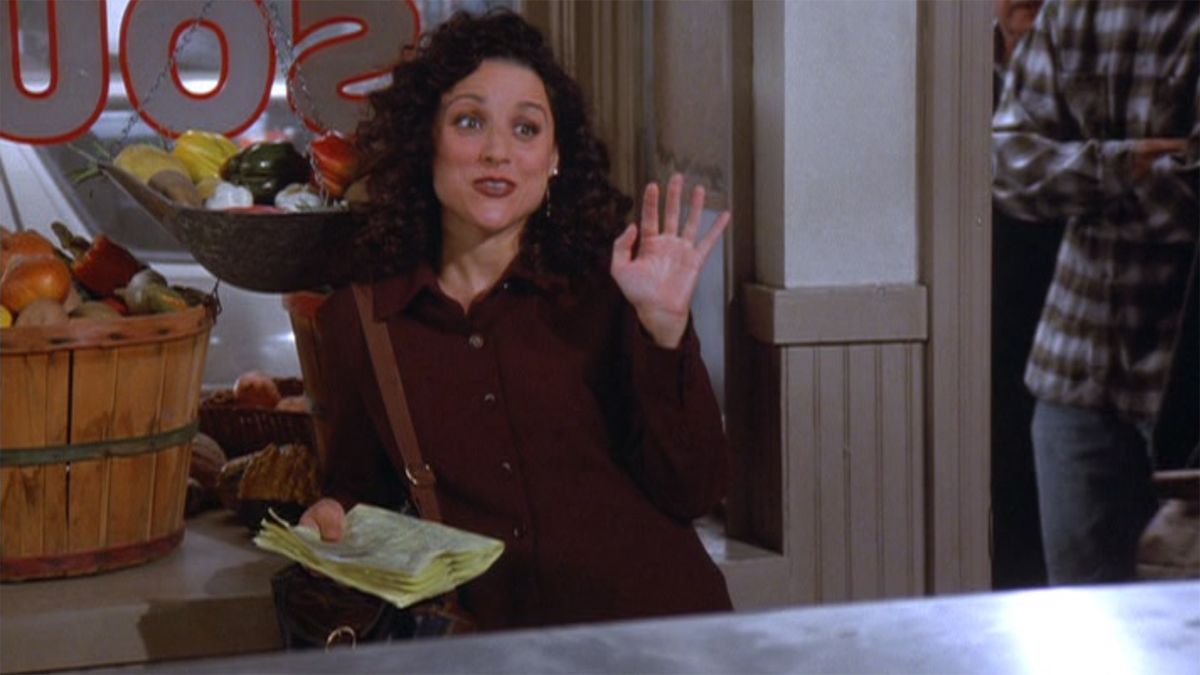 When it comes to some of the most famous television stars of the last few decades, I’m sure there are plenty that come to mind, but for me, Julia Louis-Dreyfus is one who always comes to mind. The actress, known for her roles in hilarious comedy shows such as Seinfeld and Veep, has been around for decades now and has consistently shown just how freaking hysterical she can be.

I mean, you knew this was going to be on here. It had to be on here. This popular primetime sketch comedy has been around since the 1970s and makes fun of anything in pop culture, politics, and more – with some of the biggest comedy stars getting their start here, such as Eddie Murphy, Maya Rudolph, and more.

Like many comedy stars, Julia Louis-Dreyfus was a cast member on Saturday Night Live from Seasons 8 – 10, showing off not only her comedic talent but her ability to act as well. It’s hard to see her in something prior to her big role in the legendary Seinfeld, which we will talk about next, but you have to check her out in SNL. She is truly at her funniest – and it makes it even better to watch her host the show years later.

You know it, you love it, the show about literally nothing, it’s Seinfeld, starring Jerry Seinfeld as a fictionalized version of himself in New York City, just trying to get by as a comedian and facing wacky situations with his friends and neighbors.

Seinfeld is often considered one of the best sitcoms of all time, and it’s partially due to the amazing chemistry that the Seinfeld cast had with each other. Julia Louis-Dreyfus played Elaine Benes, Jerry’s former girlfriend, and wowie did her career explode after her role on this show – and for good reason! She was funny, charismatic, and had a smile that you’ll remember in your dreams with how charming she was. There’s no one quite like Elaine Benes, and only Louis-Dreyfus could really bring that talent to the big screen.

Next up, we have Hannah and Her Sisters, a comedy film directed by Woody Allen with a large ensemble cast that tells the story of a large family that goes through hell and back over two years, including scandals, affairs, and so much more – all of which begin and end with a nice dinner at Thanksgiving.

Keep in mind that this movie is stacked with stars, so Louis-Dreyfus’ role isn’t that big compared to many of the others featured, such as Mia Farrow, Michael Caine, and more. Her role as Mary is important, and in her minor role, she gets to show just how much of a scene-stealer she really is. The movie itself is super good, too, having won the Academy Award for Best Screenplay, as well as two other Oscars.

Rent/Buy Hannah and Her Sisters on Amazon. (opens in new tab)

If you’re looking for a hilarious Christmas movie, be sure to check out National Lampoon’s Christmas Vacation. In this film, we follow the story of the Griswald family and their crazy hijinks that they get up to, this time during their Christmas vacation, and when other family members come to visit, mayhem occurs.

Something I love about Louis-Dreyfus’ role in Christmas Vacation is that she plays someone who isn’t a part of the family at all. She plays Margo Chester, a neighbor who usually ends up paying for the antics of the Griswalds and honesty, I relate to her on a whole other level because of how ridiculous this family can be, and she just portrays the role so perfectly you can’t help but like her. This movie is just a great Christmas film and you’ll love it from start to end.

If you want a fun Pixar film, check out A Bug’s Life. In Pixar’s second animated full-length feature ever, A Bug’s Life follows the story of an ant who wishes to save his colony from a group of grasshoppers, but as he does, he finds the kind of help that he didn’t think he’d ever receive in the form of a strange circus troupe – and learns a little about himself along the way.

Julia Louis-Dreyfus plays Princess Atta, a queen-in-training and honestly, Atta is such an underrated character for Pixar. Not only is Louis-Dreyfus in this voice role an excellent pick, as she delivers some killer jokes that will make not only children but adults chuckle as well, but the character overall is someone who just wants to keep her people safe – and anyone can relate to that. Plus, it’s always fun to revisit movies like these years later since Pixar has come out with so many other movies since then. We truly wish this could have gotten a sequel.

If you’re looking for a great black comedy, check out Deconstructing Harry. Now this is a crazy ensemble film featuring plenty of stars that tells the story of Harry Block, a writer who is on a journey to receive an honorary degree with three passengers in his car, which flashes back to the past and has characters from his writings that make this trip all the more entertaining.

Julia Louis-Dreyfus played Leslie, a character of Harry’s, and while her role in the film wasn’t as big as some of the others, she shined in her scenes and made me laugh several times, because that’s just how skilled she is. And when I say this film has many stars, I mean Billy Crystal, Tobey Maguire, Jennifer Garner, Woody Allen, Stanley Tucci – even Robin Williams! There are so many amazing and hilarious moments, and you’ll surely love it.

If you’re looking for another fun sitcom from Julia Louis-Dreyfus, this is the one you should check out. In The New Adventures of Old Christine, we follow Louis-Dreyfus’ character, Christine Campbell, a recently divorced mother who is trying to maintain her life and make sure her family is in order, while also attempting to maintain a close relationship with her ex-husband.

This series is plenty of fun and a great return to form for Louis-Dreyfus in terms of her legacy in the sitcom world, and the story is great as well, with funny moments for the whole family to enjoy. Louis-Dreyfus actually won a Primetime Emmy for her performance in the first season of the show, so you know that she’s spunky and great in it – just like she always is in these types of comedic roles. With five seasons to watch, this is a great one to binge.

Stream The New Adventures of Christine on HBO Max. (opens in new tab)

Are you looking for a romantic comedy? Then Enough Said is the one for you. In this film starring Julia Louis-Dreyfus and the late James Gandolfini, we mainly follow Eva, a masseuse who ends up seeing a man named Albert – only to discover that he has a connection to a friend/client.

I’ll be honest and say that I don’t think Enough Said is one of the best romantic comedies of all time, because the premise itself (at least to me) is a very simple one that we have seen before. However, what makes this film stand above the rest are the performances from both Louis-Dreyfus and Gandolfini. Oh my God, their chemistry was so good and I loved their relationship from the beginning to the end. It pains me that Gandolfini never got to see the film, as he died prior to its release, but he made something special with Louis-Dreyfus that I truly enjoy.

The return of Pixar! Onward is all about two brothers (played by Tom Holland and Chris Pratt), who go on a mystical journey together in order to see their dad one last time using magic, after his passing years ago.

Julia Louis-Dreyfus voices their mother, Laurel Lightfoot, and yes, she is the best mother in all of Pixar and I stand by that. Not only is Louis-Dreyfus the perfect casting for this role, as her comedic timing is on point, but you just can’t help but love Laurel. She is so loving to her boys, cares about them deeply, and is a badass with a sword and I love that for her. I stand by this queen.

Onward didn’t do so well at the box office, some of which was due to the pandemic, but if you haven’t seen it yet, you really should check it out now.

Last but not least, we have Veep, an HBO political satire that starred Julia Louis-Dreyfus in the lead role for seven seasons. The main premise of this show is that Selina Meyer is the Vice President of the United States (at least for the first few seasons) and has to clean up after the president and all his messes while simultaneously trying to stand out amongst everyone else.

Louis-Dreyfus was stellar in this role. While the Veep cast is all talented in their own ways, Louis-Dreyfus was truly the standout, and for good reason. Her star power is impeccable and Selina Meyer is just the perfect character for her. She won six consecutive Primetime Emmy Awards for her portrayal. That’s right, six. That’s how you know it’s good.

There is no one quite like Julia Louis-Dreyfus, and if for some reason you haven’t seen how skilled she is, then you need to check out some of her shows/movies as soon as you can. You won’t regret it.