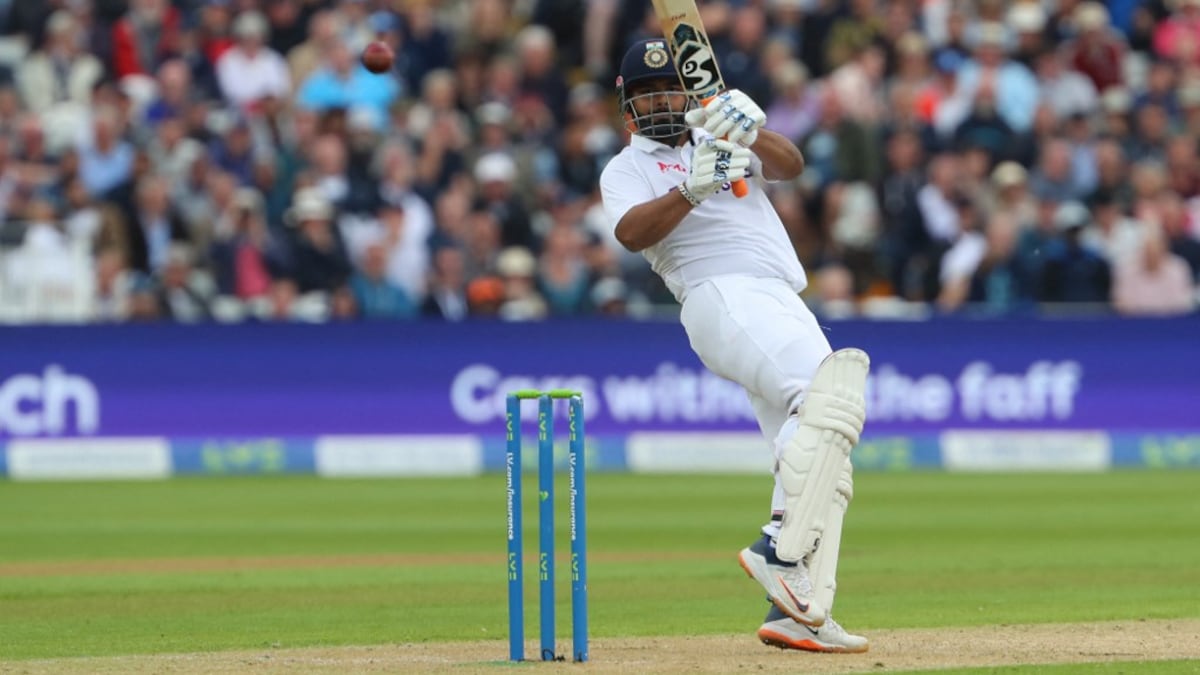 While Rishabh Pant has not quite set the stage ablaze with his performances for India in limited-overs formats yet, there is no question that he can turn a match on its head in Test cricket. Even as India went down to England in the rescheduled fifth Test at Edgbaston, Rishabh Pant’s whirlwind 146 in India’s first innings had set the platform for the visitors to hold the advantage for long parts of the match. In the end, though, England chased down 378 – their highest chase in Tests – with relative ease as they continued with their own new aggressive brand of cricket.

Pant, who also hit a half-century in India’s second essay, has a reputation of being a maverick with the bat, playing unorthodox shots that often leave his teammates, coaches and those watching the match with their hearts in their mouth.

India head coach Rahul Dravid admitted that Pant can increase the heart rate with some of his shots, but insisted that the team needs to accept that and back him, as the rewards are often worth the risk.

“He is playing very well in Test cricket. Obviously, in between, he keeps increasing our heart beats with certain shots of his, but we have become used to that,” Dravid said at the post-match press conference on Tuesday.

“We accept that he may play some shots at time that we think maybe he shouldn’t play. I think we need to accept that a little because the way he plays, he can turn a Test around and he did that in this match and in South Africa,” Dravid concluded.

The century at Edgbaston was Rishabh Pant’s fifth in the longest format of the game.