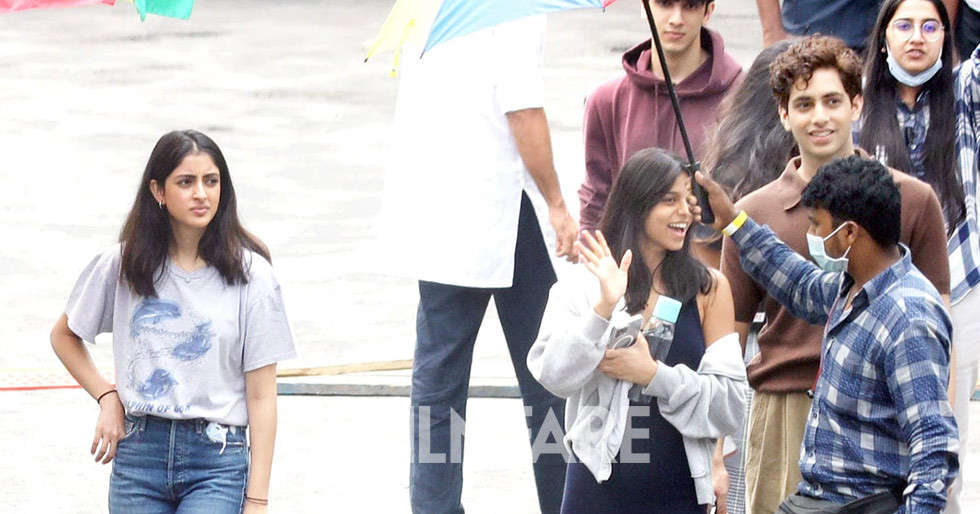 If reports are to be believed, then star kids – Khushi Kapoor, Suhana Khan, and Agastya Nanda are all set to make a smashing debut with Zoya Akhtar’s comic-inspired Archies movie. It is expected to be a live-action musical adaptation. All three of them were seen in their styled avatars for the upcoming project.

Boney Kapoor’s daughter Khushi Kapoor was seen wearing a dyed hair wig in a copper shade with bangs. Styled in a blue shirt, brown skirt, and knit vested top she sure gave off ‘Betty’ vibes. Suhana who is rumoured to be playing Veronica’s role was seen in a classic LBD with a hoodie on top and Agastya Nanda was seen donning a brown polo shirt with the classic curly hair look as Archie. Navya Naveli Nanda and Shweta Bachchan were also photographed near the studio.