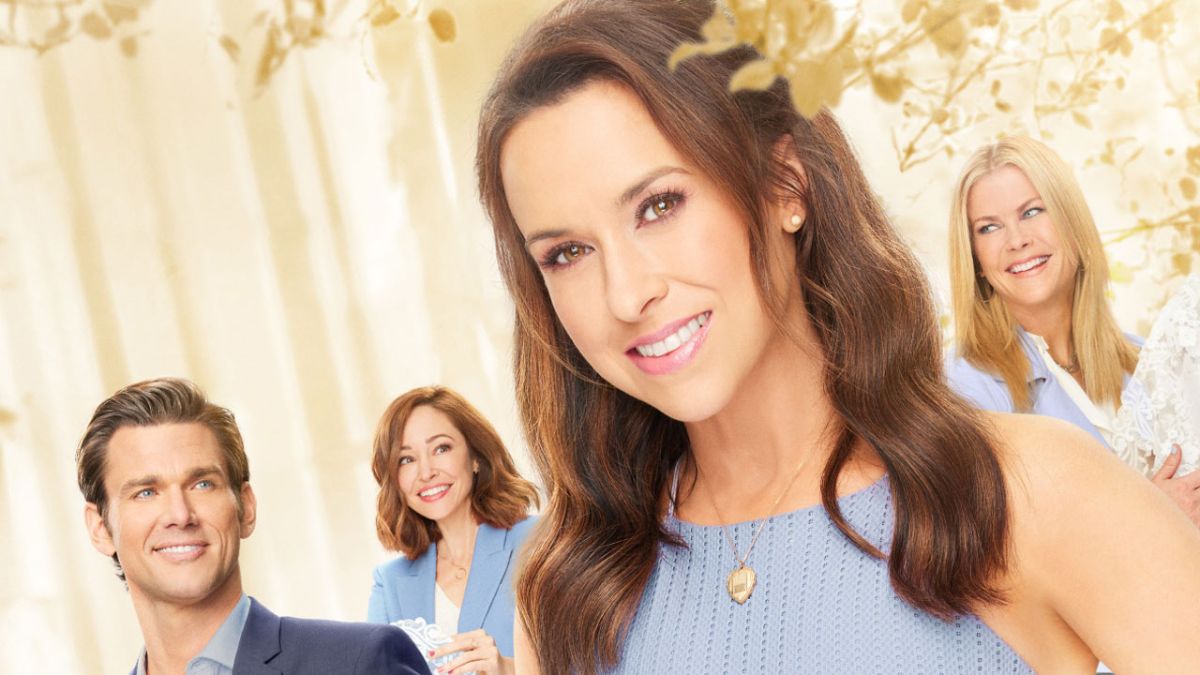 Co-stars Autumn Reeser, Lacey Chabert and Alison Sweeney are spending some time together right now promoting their upcoming Hallmark films, a trilogy that started with The Wedding Veil. The new movies are about “friendship and connection,” according to Lacey Chabert. However, there’s at least one thing they weren’t 100% on the same page about in their personal lives: Disneyland.

Ahead of the second and third movie premieres in the trilogy, Reese, Chabert and Lacey all popped up on The Kelly Clarkson Show and talked about how they spent time hanging out during the making of the trio of movies, having “girls night” and more. Lacey Chabert also mentioned they bonded over most things, with one big exception seemingly being the aforementioned trips to Disneyland. Chabert and Alison Sweeney are fans, but Autumn Reeser admitted she took a little flack from her co-stars for not having taken her kids.

Autumn Reeser explained to Kelly Clarkson and the audience that “the expense” and “the crowds” were the big reasons why she hadn’t gone yet. Both the cost of a Disneyland tickets and the frequent bottlenecking and lines when the parks get too crowded are complaints often bandied about, so I do get it. Alison Sweeney and Lacey Chabert, however, did not. Nor did Clarkson, who responded with an exclamatory, “What!” In fact Sweeney admitted to being shocked when Reeser initially told them she had literally never taken her kids once.

Chabert confirmed her Wedding Unveiled and trilogy co-star was correct. She noted she wasn’t trying to be judge-y (but I kinda feel there maybe was a wee bit of judgement there), she was very surprised someone from SoCal hadn’t taken her kids.

You can see the full responses from the Hallmark stars in the video below. Alison Sweeney also touched on loving “Fantasmic,” a show Disneyland and Disney World both offer (that will return to Disney World in 2022), as well as noting how she can still “picture” the “adventure and the look on their face[s]” the first time her family went to the parks. So, it’s clear that outside of Reeser, they are a passionately pro-Disney bunch, and that includes Kelly Clarkson.

I don’t know if Autumn Reeser will be taking her kids back to the popular theme park soon, but you will be able to catch the three leading on the small screen. Chabert’s headline The Wedding Veil will re-air on February 5 — and be sure to look out for a real-life family photo Chabert incorporated into the film. That flick will be followed by The Wedding Unveiled and The Wedding Veil Legacy, which air on February 12 and February 19, respecively. See more about what’s heading to TV with our 2022 TV schedule.