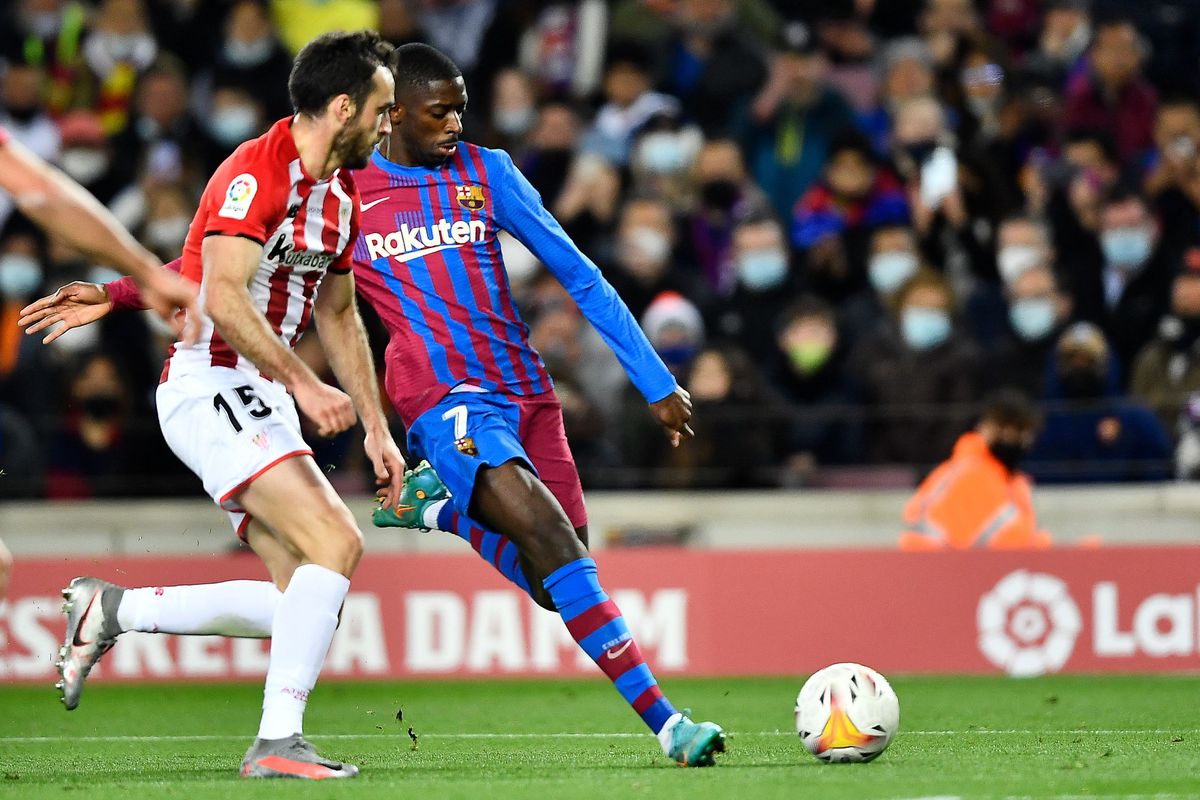 Barcelona managed to beat Athletic Bilbao with a score of 4-0 in the Spanish League match at Camp Nou, Sunday (27/2).

While dropping, Aubameyang was able to release a kick that made the ball roll into the goal.

Despite fully dominating the first half with possession of the ball reaching 72 percent, Aubameyang’s goal was the only goal created in the first half.

Entering the second half, Barcelona tried to continue to press Bilbao. Meanwhile, Bilbao decided to field Inigo Martinez and Oihan Sancet to change the flow of the match.

Barcelona’s efforts never resulted in an additional goal until the second half passed 20 minutes. Xavi Hernandez decided to increase the offensive by playing Frenkie De Jong and Ousmane Dembele from the 67th minute.

Xavi’s decision proved right. Six minutes later, Dembele could write his name on the scoreboard. Receiving the ball from Frenkie de Jong, Dembele then pushed into the Bilbao penalty box.

Dembele decided to fire a left footed shot towards the near post. With a fairly narrow angle, Dembele can send the ball into the goal.

When the game entered the 90th minute, Barcelona confirmed their goal feast through Luuk de Jong. Barcelona’s quick attack was ended by Dembele’s cross which was met by Luuk de Jong’s header.

In injury time, Barcelona added a goal, this time through Memphis Depay. Dembele was again a contributor to assists through his mature pass into the face of the goal which Memphis Depay immediately grabbed.

The match ended with the score 4-0 for Barcelona.

This result leaves Barcelona in fourth place, 15 points behind Real Madrid at the top of the standings. Meanwhile, Atletico Bilbao are in 8th position in the standings.

In their next match, Barcelona will travel to home to Elche, while Atletico Bilbao struggling next weekend with Athletic Club head to Valencia in the second leg of their midweek Copa del Rey semi-final.

In another match, as reported by Antara, Sevilla managed to overcome Real Betis’ resistance with a score of 2-1 in the 26th week of the Spanish League continued at the Estadio Ramon Sanchez Pizjuan on Sunday.

The addition of three points makes Sevilla still in 2nd place in the standings with a score of 54 points, or is six points away from Real Madrid who occupy the top. While Betis trailed in third position with 46 points.