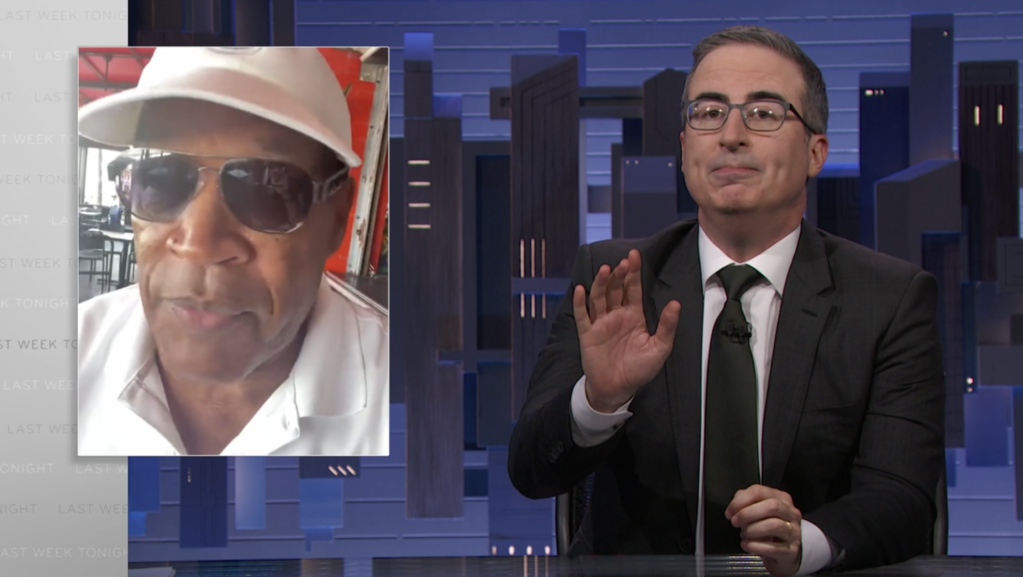 Since the Oscars last week, the slap heard ’round the world has generated both an immense amount of media reaction and an unprecedented division of public opinion. Even today it seems impossible to avoid a conversation involving Will Smith or another hot take on the internet.

Last Week Tonight’s John Oliver acknowledged there is indeed one person’s perspective the world can live without hearing.

Enter: A sunglass-donning O.J. Simpson dishing his viewpoint into a selfie camera.

“It was unfortunate. I think Will [Smith] was wrong. Look, I understood the feeling,” the widower to Nicole Brown Simpson and ex-convict announced.

The irony was not lost on Oliver. The exuberant, Emmy Award-winning host wasted no time summarizing how viewers might feel about O.J’s thoughts.

“Especially, when you seem to be coming live from the Covid patio of a Señor Frog’s. You can just sit this one out,” Oliver added.

“Think of this situation like a rowdy bachelorette ordering a mimosa. We want as little juice involved here as humanly possible,” Oliver said.