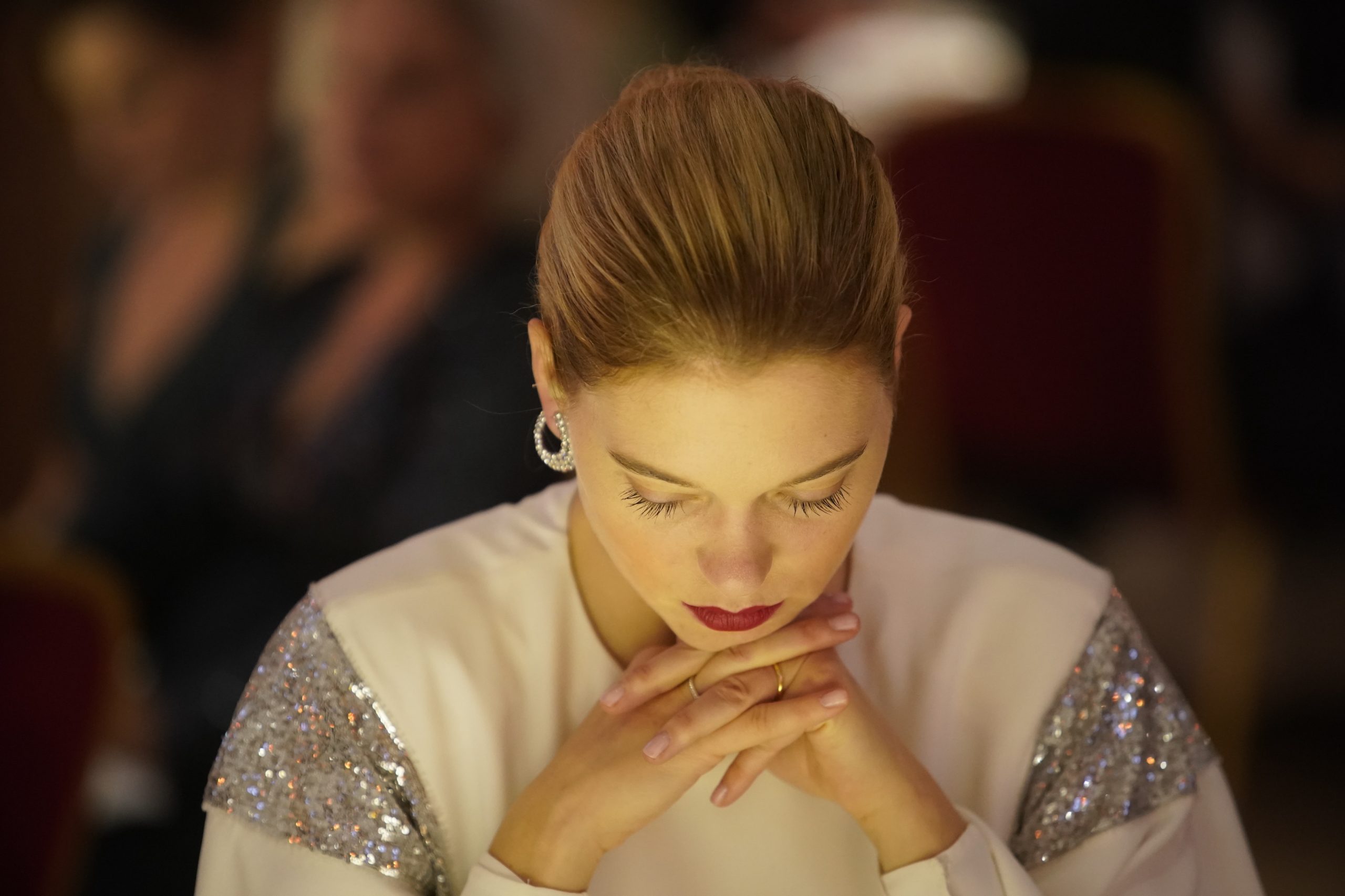 When does a close-up lose its power? Is it when the technique is overused, or when an actor, and the scene, lack the context for the close-up to be effective?

Faces have fascinated audiences and filmmakers for as long as movies have existed, but in the dramatic satire France, Bruno Dumont repeats the shot ad nauseam. Léa Seydoux, best known for her role in recent James Bond movies, is his muse, and her performance is more complex here than in Bond—at least for a little while. Seydoux’s character endures humiliation and tragedy, suggesting an actor’s dream role, except Dumont heightens the artifice until the suspension of disbelief fades away. If he wants to say something about his country’s current political and cultural moment, his points are so dull they barely scratch the surface.

The audacious opening scene fuses fiction with actual events. Seydoux plays France, an apolitical television journalist who has become a star because of how she inserts herself into her stories. When we meet her, she drops into an Emmanuel Macron press conference with a needling, provocative question. Dumont uses clever editing and lighting tricks to suggest Seydoux is actually at Macron’s conference, and she considers her encounter a triumph because the president of France flirts with her. For the rest of the presser, she makes silly hand gestures to her handler Lou (Blanche Gardin) because “victory” is secure.

To France and Lou, perception matters far more than facts. In reports from the field and in-studio interviews, France gives the suggestion of empathy and a point of view, but she refuses to take a side. Her fans can project whatever they want on her—there are many, many scenes where passersby ask if they can pose for a selfie with her. This starts to take a toll on France. Just as her career hits the stratosphere, she suffers an emotional breakdown. Her husband (Benjamin Biolay) and son (Gaëtan Amiel) barely notice.

France develops an episodic structure that effectively allows Dumont to consider one controversial topic after another. France accidentally hurts a young man in a traffic accident, and then ingratiates herself into his Muslim family. Her travels take her to war zones, and onto boats filled with immigrants desperately traveling to mainland Europe. Dumont’s depiction of France is withering: her questions are aimless. With the pretense of sounding incisive, what interests her more is getting proper camera coverage. There is nothing materially different about these episodes because France has little interest in the actual story. In depicting the unreality of TV journalism, Dumont goes a touch too far in his zeal to make France’s job seem tedious. Cinematographer David Chambille opts for harsher light than we see in a typical film, even when France is not in front of the camera, and while that suggests her life is a constant performance, it has the unintentional effect of making the film unpleasant to regard.

France’s personal unraveling is more intriguing than the highs and lows of her professional life. At one point early in the film, a tough situation causes her to weep openly. Dumont suggests that the waterworks cannot stop after that initial scene, since Seydoux cries one moment after another (if Seydoux could not tear up on cue, she certainly can after making this film). Dumont ties this emotional display to exhaustion from celebrity, although there is nothing to suggest why the film’s first act is her last straw. Still, her outbursts lead to a thoughtful midpoint sequence where France convalesces at a gorgeous rehab facility in the Alps. She meets Charles (Emanuele Arioli), who she finds immediately attractive because he does not recognize her. Maybe the novelty of anonymity amuses France, or maybe she feels that she can be her “real self” with Charles. Unfortunately, Dumont resolves this question through yet another close-up, and while Seydoux’s expression is arresting, its power is lost through repetition.

Before France, Dumont directed two films about Joan of Arc. No doubt, Dumont is aware of and in conversation with The Passion of Joan of Arc, Carl Theodor Dreyer’s silent retelling of her trials. Dreyer’s film arguably invented modern film acting, thanks to Renée Jeanne Falconetti’s heartbreaking close-ups (when she looks into the camera, she suggests uncommon depth of feeling). France is like a bizarre hybrid of that film and Broadcast News, a 1980s drama from James L. Brooks that hinges on the authenticity of a TV journalist’s tears. Seydoux is a terrific actor, striking and enigmatic. Unlike Brooks and Dreyer, she suffers in service of a filmmaker who fails her.