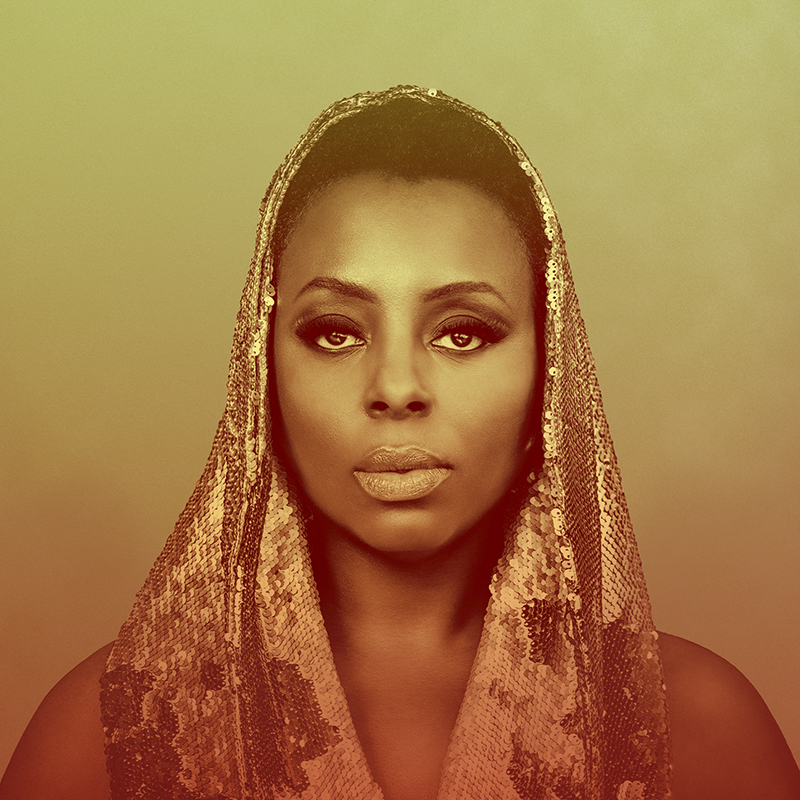 First came her rendition of Luther Vandross’s “My Sensitivity (Gets in the Way),” which appeared on the 2004 tribute album Forever, For Always, For Luther.

Added at the last minute by a keen producer as a substitute for a better-known vocalist who had to cancel, Ledisi’s striking sensitivity in covering Vandross and the airplay it generated helped inspire the prestigious jazz label Verve Records to put the struggling indie artist under contract.

In 2007 the label released her studio album Lost & Found and also included her as part of another tribute, this one the star-studded PBS special and companion recording We Love Ella! A Tribute to the First Lady of Song.

Ledisi, who has released a total of 11 albums and garnered 14 Grammy Award nominations, with one win — the latter just last year as Best Traditional R&B Performance for “Anything For You” — has continued to pay tribute to some of her idols and influences, increasingly in portrayals for TV and film projects, work that is as much acting as it is singing.

Aside from tribute performances at televised awards ceremonies for Aretha Franklin and Anita Baker, the illustrious roster includes her portrayals of Patti LaBelle in American Soul, BET’s drama series about Soul Train, and Gladys Knight in the upcoming biopic Spinning Gold, about an industry executive who helped discover and promote many musical superstars as the founder of Casablanca Records.

She’s also portrayed “the Queen of Gospel,” Mahalia Jackson, a fellow New Orleans native twice, first in Ava DuVernay’s acclaimed 2014 biopic Selma, and more recently as the star of Remember Me: The Mahalia Jackson Story, a biopic that hit the film festival circuit earlier this year.

And then there’s Nina Simone, whom Ledisi cites as one of her greatest inspirations.

Back in 2010, Ledisi stole the show as the fourth singer in an unforgettable rendition of the Simone staple “Four Women,” performed as a powerhouse quartet with Kelly Price, Marsha Ambrosius, and Jill Scott, that aired on the BET special Black Girls Rock.

On stages around the country, including Strathmore in 2019 and the Kennedy Center last spring, she’s performed “Nina and Me,” a full-length concert special about the music, legacy, and influence of the legendary Black icon and iconoclast in an orchestrated mixture of classical, jazz, and R&B.

That concert program has also led to the 2020 PBS special Ledisi Live: A Tribute to Nina Simone as well as the underappreciated seven-track EP Ledisi Sings Nina, released last summer, featuring accompaniment by the Metropole Orkest and New Orleans Jazz Orchestra, and including a new, equally stirring spin on “Four Women,” this time a powerhouse quartet with Lisa Fischer, Lizz Wright, and Alice Smith.

Later this month, the Baltimore Symphony Orchestra presents Ledisi as the headlining guest artist for its Season Opening Gala, where she’ll perform her tribute to Simone in grand style, with live accompaniment from the full orchestra.

In addition to her covers of Simone, the program will also feature standouts from Ledisi’s R&B repertoire, reimagined with strings and big band horns harkening to the artist’s jazz roots.

Guests are invited to the post-concert dessert and drinks reception offering a sneak peek at a new exhibition celebrating the 40th anniversary of the Joseph Meyerhoff Symphony Hall as the orchestra’s home venue in Baltimore.

The BSO Gala with Ledisi is Saturday, Sept. 17, at 8 p.m. in the Joseph Meyerhoff Symphony Hall, 1212 Cathedral St. in Baltimore, Maryland.