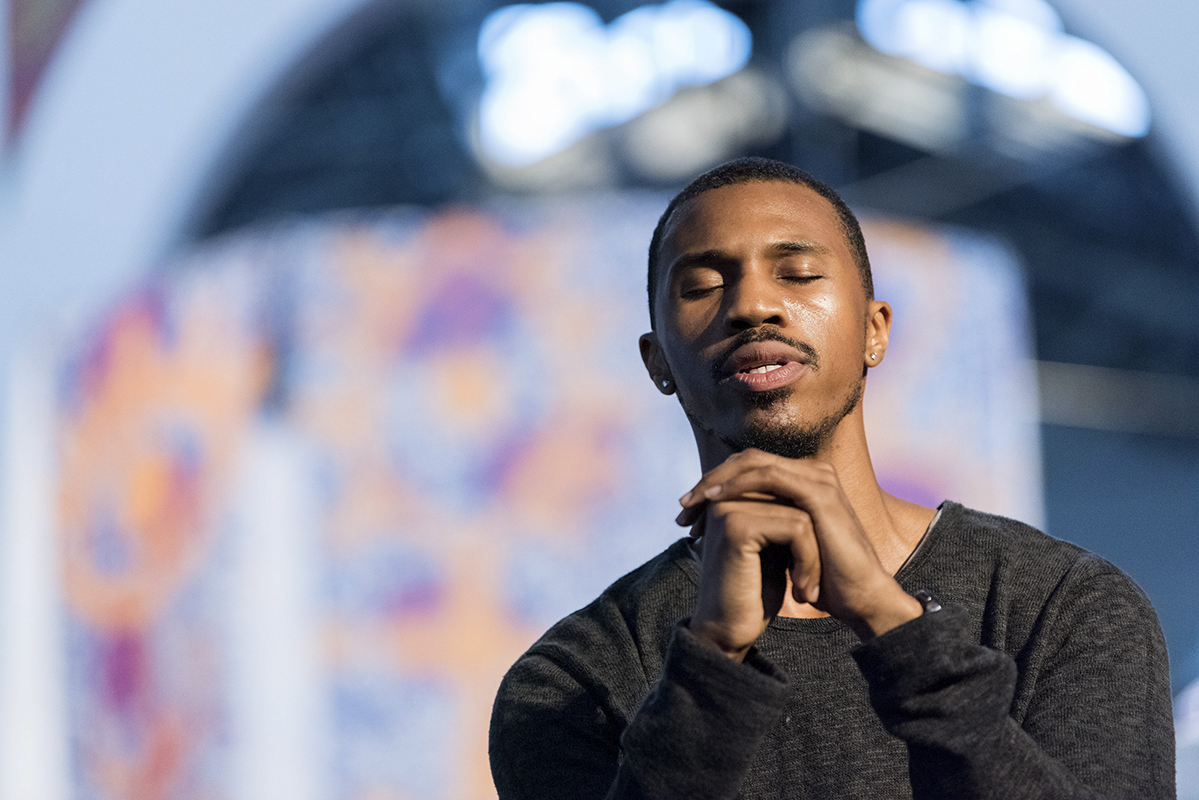 A decade ago, Tariq Darrell O’Meally recalls being obsessed with So You Think You Can Dance — an interest not fueled by a desire to compete on the hit FOX reality show, or even to learn any of the featured choreography.

“At its peak, I could barely walk in a straight line,” quips the professional dancer and choreographer. “But I can tell you almost anything from season 1 to season 7. I was obsessed for a long time. I used to save the episodes on my DVR and just watch the routines over and over and over. Not trying to learn them, just obsessed with the choreography…. Just being able to watch and understand how things are shaped, and what it means to craft an experience that people will be excited about, and feel engaged in, actually taught me a lot.”

Born in Queens and raised in Prince George’s County, the 33-year-old credits the show for helping cultivate his passion for dance, and ultimately helping move him to make that his career. “I was a theater kid who went into community college to stall, to keep my mother off my back, until I figured out what I wanted to do,” he explains. “And I tripped into a dance concert and then fell in love with So You Think You Can Dance and kind of never looked back.”

Shortly after graduating with a dance and choreography degree from Virginia Commonwealth University, O’Meally started working on commissions from Dance Place and the Clarice Smith Performing Arts Center at the University of Maryland. His relationships with, and support from, both institutions have only grown stronger over the past several years, with O’Meally now an artistic planning coordinator at the Clarice and an Artist-in-Residence at Dance Place. And especially with last year’s launch of BlackLight at the Clarice, in partnership with Dance Place, O’Meally has focused on extending that support by effectively spreading the wealth.

After starting the Clarice’s NextLook residency, O’Meally noted the lack of a dedicated festival for African-American contemporary dance artists in the area and decided to create his own. Far from pushing back, given it wasn’t part of the remit of his residency, leaders at the Clarice instead asked O’Meally to come on board and help curate the center’s dance theater and puppetry programming as well as to continue his work with BlackLight.

When asked about this year’s second BlackLight Summit, O’Meally’s responds with a quick shriek. “This year is…giving turbulence,” he says. “Because of this unique cataclysm and huge world event that COVID has ushered in, we’re watching a significant amount of change. People are still catching up to the fact that the world is completely different. We closed a chapter on a version of our history.” That notion and related matters will factor into next week’s summit, a three-day event whose tagline is “the more that I am, the more that I become.”

Six invited dance artists — Baye & Asa, recently featured in Dance Magazine‘s “Top 25 to Watch,” Kayla Farrish, Charlie Maybee, Greg David, and Johnny Cruise Mercer — will give movement workshops and take part in panel discussions, in addition to appearing in the Keep The Light On performance program. New at this year’s summit is a second performance component intended to shake things up a bit: a drag show closing act.

“I feel a lot of times dance is not accessible,” O’Meally says. “I’ve been thinking of ways to really bring in new audiences.” The drag show, set for Saturday, Feb. 5, at 8:30 p.m., will be hosted at Dance Place, and feature a lineup “completely made up of BIPOC drag queens and kings.” Called Afterglow, the haus of bambi-produced show will be hosted by the inimitable Pussy Noir and feature Black Dynamite, Bumper, Cake, and Molasses, plus DJ Rita Burns.

After last year’s all-virtual summit, the 2022 edition is a true hybrid: the drag show and the workshops and classes are in-person offerings while the panel discussions are virtual. Meanwhile, the Keep the Light On program will be presented Friday, Feb. 4, at 8 p.m., and Saturday, Feb. 5, at 3 p.m. — and will be available for in-person attendance or viewing by livestream.

“BlackLight’s importance is about weaving together as many things as possible,” O’Meally says. “We’re caring for our artists that we’re in partnership with and for our communities in a very rigorous way.” They’ll do that as the year goes on through mentoring opportunities as well as future discussions and performances. For the time being, with this year’s summit, O’Meally says the ultimate goal is simple: “Just trying to create a little sliver of light and hope in this incredibly turbulent time.” –Doug Rule

The BlackLight Summit 2022 is Thursday, Feb. 3, through Saturday, Feb. 5, with a mix of virtual offerings and in-person events. The event is free, but registration is required. Donations are encouraged. For a full schedule of events, visit www.theclarice.umd.edu.