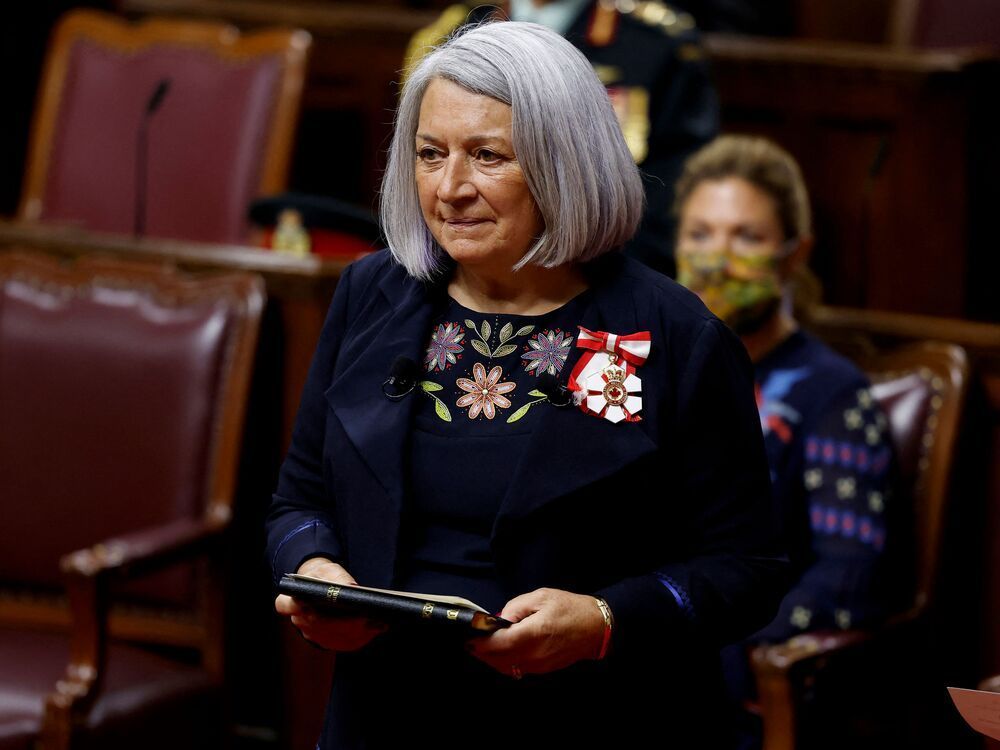 Events broadcast live on Prime Minister Justin Trudeau’s Facebook page must be accessible in both English and French, the commissioner of official languages of Canada has concluded.

The finding comes after more than a dozen people complained about the lack of simultaneous interpretation on Trudeau’s Facebook page during a July news conference introducing Mary Simon as Governor General.

The complainants also voiced concerns about the choice of moderator, who mainly spoke in English. The complaints and findings were detailed in a preliminary investigation report filed by the commissioner last month, a copy of which was obtained by the Canadian Press.

The investigation noted that no simultaneous interpretation or captioning in either official language was provided on the Facebook live broadcast.

“During a public event, such as the news conference announcing the appointment of the new Governor General, who is a key figure in Canadian parliamentary democracy, it is crucial that everyone be able to participate and appreciate its importance in the official language of their choice,” wrote languages commissioner Raymond Théberge.

In this case, Théberge blamed the Privy Council Office, which provides impartial advice and support to the prime minister and his office, specifically in the field of communication.

According to the report, the office provided logistical support for the news conference but did not provide advice “on official languages issues related to the broadcast of the event on the Facebook page, since it was not responsible for organizing the press conference or recruiting the moderator.”

Still, the commissioner found the office failed to meet its obligations under the Official Languages Act.

He recommended that the office put in place, within three months of receiving the final report of the investigation, the necessary guidelines to ensure that “all Canadians can receive communications that report on government information in both official languages” during live events on the prime minister’s Facebook page.

Neither Trudeau and his office nor the Governor General were faulted in the preliminary investigation report, as they are not “federal institutions” within the meaning of the Official Languages Act.

The Privy Council Office did not return a request for comment.

With her appointment, Simon became the first Indigenous woman to serve as Governor General. But her appointment also sparked outrage among many because of her inability to speak French.

Hundreds of complaints were been filed about it to the commissioner of official languages, which launched an investigation into the process that led to her appointment.