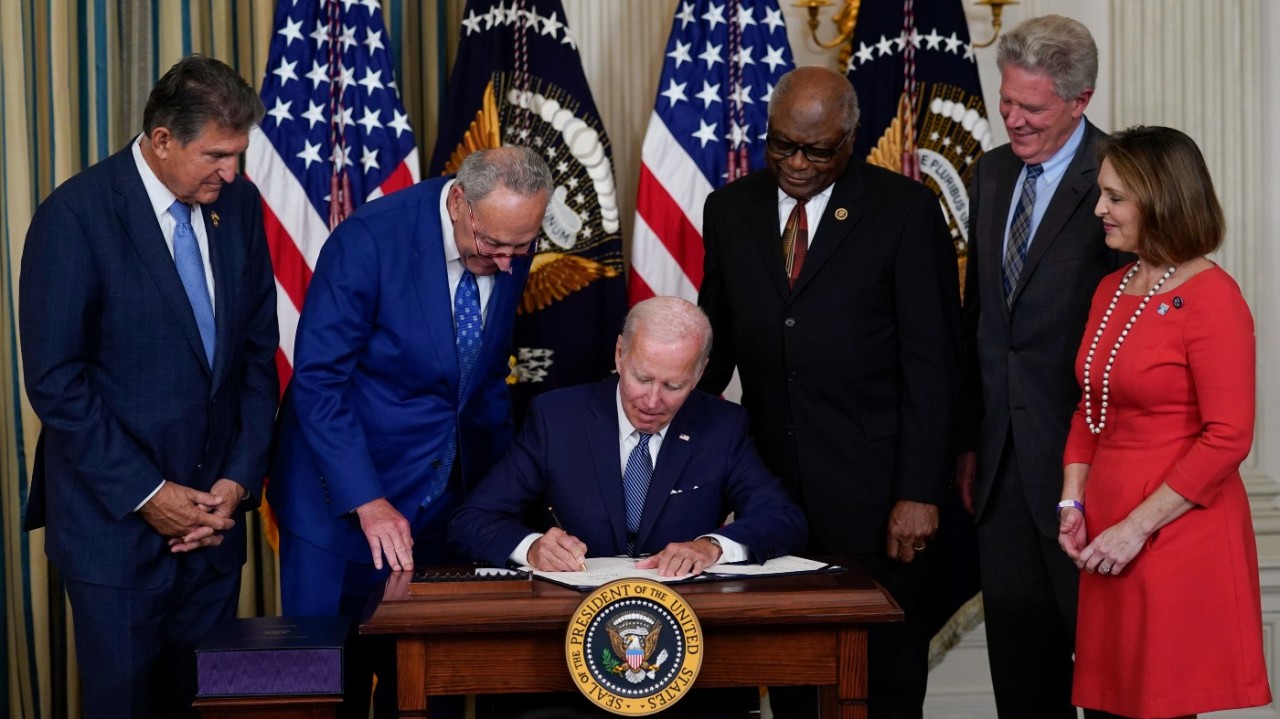 The 117th Senate is only the fourth time in the 233-year existence of the U.S. Senate that there has been a perfectly equal partisan split, and it is also the longest period of time for an evenly split body. Moreover, it is the first time that a 50-50 Senate has been controlled by Democrats.  In the prior three instances, a Republican vice president broke the tie in favor of a Republican Senate leader. As everyone knows, Sen. Chuck Schumer (D-N.Y.), was anointed the Senate majority leader in a tie-breaking vote by Vice President Kamala Harris, after she and President Joe Biden were sworn into office. But this almost two-year run of a 50-50 Senate deserves some historical context, particularly if the results of the November elections lengthen the historical record.

But this Senate has accomplished even more — on both a partisan and bipartisan basis. On a more partisan basis and in the midst of a global pandemic in March 2021, using the budget reconciliation process, Congress narrowly passed the $1.9 trillion American Rescue Plan (ARP). This bill was largely in the form of COVID relief directed at families and businesses, and it is credited with the largest drop in poverty in 50 years. And last month, the Senate again used the budget reconciliation process to pass the Inflation Reduction Act (IRA). The IRA included provisions to reduce drug prices, increase renewable energy tax credits and grants for energy and manufacturing jobs, bolster the IRS and reduce the deficit, while modestly raising corporate taxes and closing some loopholes.

On a bipartisan basis, the Senate may have accomplished even more than it did via party-line votes. In November 2021, the Senate passed a $1.2 trillion Bipartisan Infrastructure Law with broad Democratic and Republican support (69-30). That legislation invested massively in transportation and communications infrastructure. Last month, the Senate passed the CHIPS and Science Act (64-33) to provide $200 billion in federal funds for domestic semiconductor production. Those funds will not solve the short-term chip shortages, but will incentivize the construction of U.S. factories to stabilize and secure a better technology supply chain. Some have called the legislation the “largest industrial development program the federal government has ever administered.”


No car loans from Bank Australia, unless it’s an EV — and the US may do the same

The 50-50 Senate also acted in two health and safety areas where there had been no real Congressional action in 30 years — veterans’ health and gun violence. The Senate passed the Promise to Address Comprehensive Toxics Act (PACT Act) (86-11) in last month to expand veteran’s health care benefits, particularly those exposed to burn pits and other toxic chemicals while serving our country. And in response to another horrific school shooting in Uvalde, Texas, the Senate passed the Bipartisan Safer Communities Act in June 2022 (60-33), which expanded background checks for those under 21, increased mental health services, added gun purchase restrictions for felons, and provided over $2 billion in grant funding for states and community-based violence prevention.

Passing big bills in Congress is hard work. Getting members of your own party to agree on solutions to public policy problems, as we have seen over the last 18 months, is not a given.  Getting members of the other party to agree on solutions and processes is even harder. But this Congress, particularly this 50-50 Senate, has done so repeatedly, on big issues, and with no margin for error.