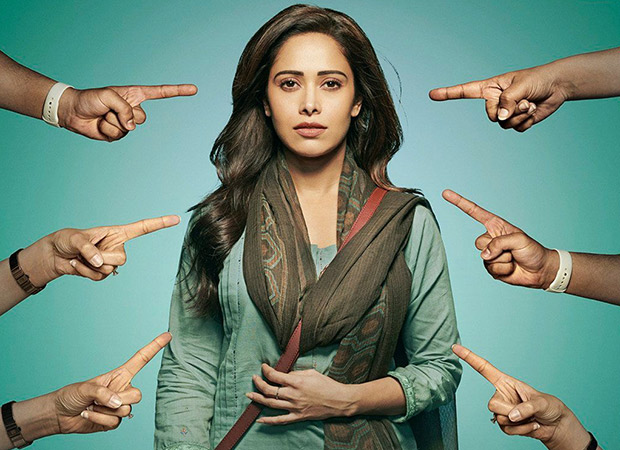 The ticket prices have increased astronomically in the last few years, more so after the pandemic. Many have argued that the high ticket rates are keeping viewers away, especially for low and medium-budget films. A start was made when Bhool Bhulaiyaa 2’s tickets were sold at reasonable rates. And now, the makers of Janhit Mein Jaari made a revolutionary announcement a few days back. As per their claim, the patrons would be able to watch the Nushrratt Bharuccha-starrer on the first day at just Rs. 100. What’s more, this offer will be applicable in multiplexes across India as per the announcement.

Makers of Janhit Mein Jaari run into trouble with multiplexes on the offer of selling tickets for Day 1 at Rs. 100

While the launch of this offer did grab headlines, it seems like certain multiplexes are having second thoughts and are at loggerheads with the producers over the move. A source from the exhibition sector told Bollywood Hungama, “All multiplex chains and the makers are wondering how to implement it. As of now, it seems like all theatres in India won’t have this offer. Some cinemas may indeed sell tickets for Rs. 100 for the whole day while some cinemas, meanwhile, are thinking of pricing tickets at Rs. 100 only for shows before 12:00 noon. A few theatres are toying with the idea of pricing the tickets at Rs. 100 for the 2 or 3 rows in the front only. The talks are on and a clearer picture would emerge by Wednesday. The makers are trying their best to convince all cinemas to sell the tickets at Rs. 100 for all the shows on day 1.” The film releases this Friday, June 10.

The source also added, “If you look at the creative ad of the offer, they have inserted an asterisk next to Rs. 100 and below, the text reads, ‘Please check the details before booking’. Some cinemas in our country are located in elite areas and attract elite clientele. Moreover, some cinemas exclusively have recliners or sofa seats only. The ticket prices in these theatres start from Rs. 400 or Rs. 500. Such cinemas obviously won’t reduce the ticket price to Rs. 100 to show Janhit Mein Jaari.”

A multiplex owner on condition of anonymity said, “I am not screening Janhit Mein Jaari and even if I do, I wouldn’t have kept the rates at Rs. 100 as in my theatre, the base price is Rs. 150.”

A senior official from a multiplex chain stated, “The discussions are going on. Ideally, the producers cannot decide the ticket prices. When such offers are launched, a lot of miscommunication takes place. Some theatres might not price the tickets at Rs. 100. In such cinemas, some guests will get upset and argue that when the makers have announced that all cinemas will play the film at Rs. 100, why is that particular cinema charging say Rs. 200? It makes for an awkward scenario. If they wanted to keep some attractive scheme, they could have told us that they are reducing their distributor share and that theatres can accordingly sell the tickets at discounted prices.”

However, Devang Sampat, CEO, Cinepolis India said, “We are implementing the offer. The producer wanted to adopt this strategy. I think it’s a fantastic idea to provide this kind of an attractive price strategy to consumers. Hence, all Cinepolis properties across India will be following this directive.” Devang Sampat however added that the recliner seats won’t be sold at Rs. 100 and that only the normal seats would be sold at reduced rates.

Film exhibitor and distributor Akshaye Rathi opined, “Ticket pricing is the revenue of the exhibitors and distributors. Anything like this is always a joint call taken by the exhibitors and distributors. We have seen in the case of Bhool Bhulaiyaa 2 that pricing tickets reasonably makes going to the theatre a lot more compelling for the people, especially if the content is paramount enough for them to step in. Pricing the tickets reasonably for Bhool Bhulaiyaa 2 was a good added incentive for the people to turn up in big numbers. Despite these prices, we have seen the movie do some great numbers. I really feel that we, as a fraternity, should start looking at more footfalls rather than trying to derive the maximum from the limited number of people who turn up at the theatres. If that is something that the producers and exhibitors can agree upon jointly, then I am sure it will rebuild the habit of movie-going even for mid-segment films very rapidly.”

A spokesperson from Bhanushali Studios Limited, one of the producers of Janhit Mein Jaari, clarified that the offer will indeed be implemented, as promised by them. The spokesperson said, “The notion that the tickets of only the first two rows will be priced at Rs. 100 or that only morning shows will have cheaper rates is completely incorrect. We have confirmation on the same from the distributors. However, the said offer is not applicable for recliners, sofa seats etc. The said price is for all the normal seats for all shows on Day 1. For certain premium multiplexes like say PVR Icon Versova or PVR Juhu, the tickets will be priced at Rs. 150.”