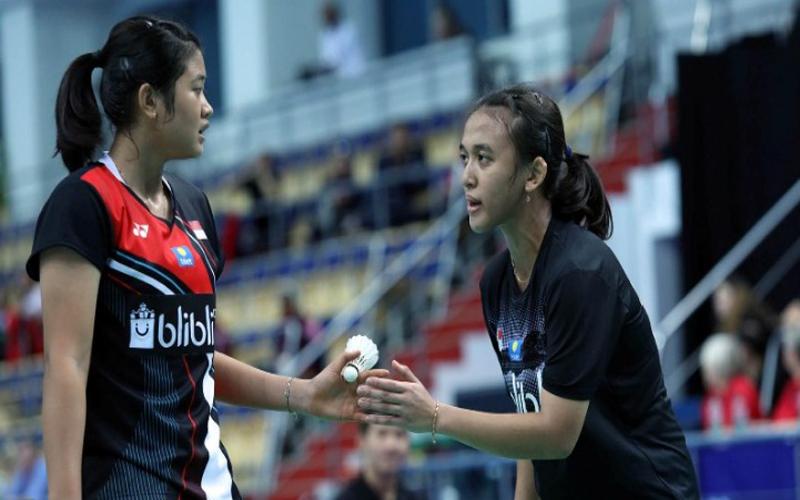 Ana/Tiwi took the lead early in the first game with a score of 4-2 which continued to become 8-6. But after that, Du/Lin could turn to lead 11-8 through the achievement of five consecutive points they won.

After winning, Du/Li continued to keep their distance from Ana/Tiwi. Du / Lin even still have a difference of three points at 18-15.

In that moment of urgency, Ana/Tiwi actually looked impressive and won six consecutive points which made the score 21-18.

Entering the second game, a tight battle continues between Ana/Tiwi against Du/Li. Ana/Tiwi had a 6-3 lead and then Du/Li took a 10-7 lead.

Du/Li then skyrocketed with the success of winning five consecutive points. The match ended with a score of 21-16.

In a pinched position, Ana/Tiwi tries to get out of the pressure. Ana/Tiwi’s attacks resulted in two consecutive numbers that kept them close at 16-18.

Ana/Tiwi’s attempt to equalize was realized at 19-19. Solid defense performances and powerful counter-attacks were the keys to Ana/Tiwi’s success in winning three points in a row.

Ana/Tiwi also managed to thwart their opponent’s match point and equalized at 20-20. Ana/Tiwi was depressed but managed to take advantage of the situation well.

Ana/Tiwi were also able to thwart the opponent’s second match point and draw the score 21-21.

But in the end, Ana/Tiwi’s struggle ended in the third match point opportunity that Du/Li got. Du/Li could snatch the next point and finish the game with a 23-21 win.