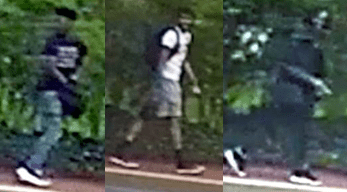 A man in a wheelchair was shot last week, and D.C. police are searching for three teenage suspects they believe were involved.

Three men about 17 to 18 years old ran from the scene, D.C. Police Chief Robert Contee said during a news conference on Monday.

Medics took the victim to a hospital. His condition and the extent of his injuries are unknown at this time.

“That is unacceptable,” Contee said angrily. “People like that deserve to be in jail because they have demonstrated they cannot live in community.”

A nearby camera captured video of the suspects. Police released the following video:

Stay with News4 for updates to this story.