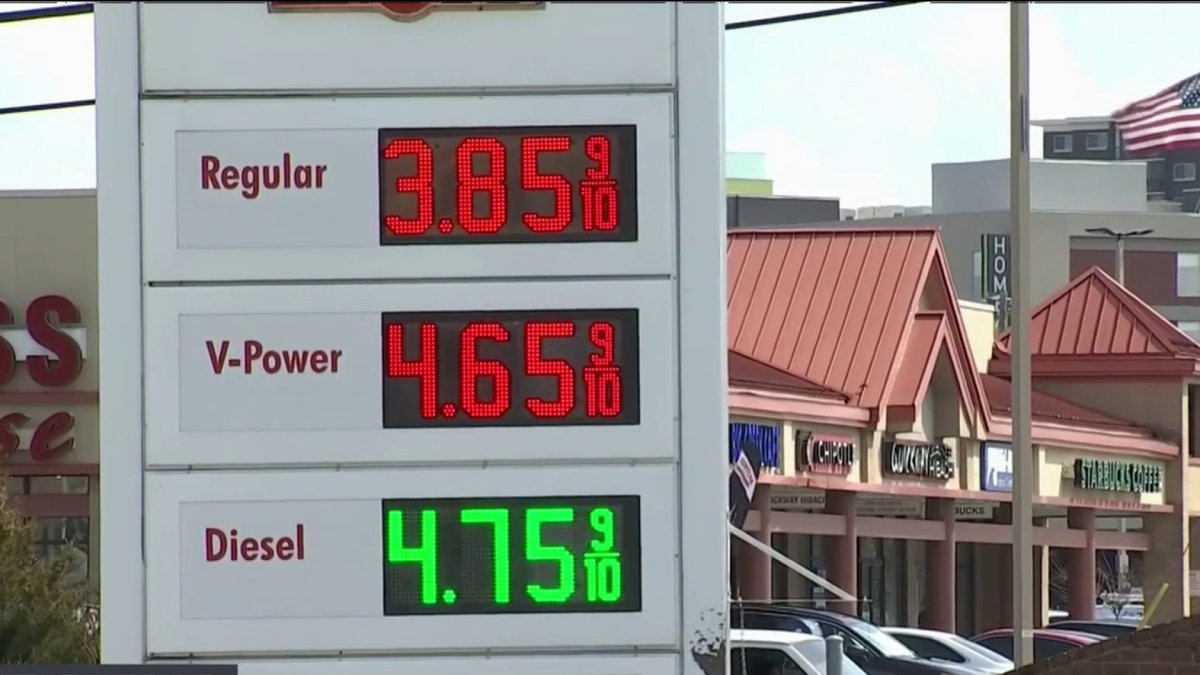 Gov. Larry Hogan signed the suspension into law March 18. During those 30 days, Maryland’s gas tax of 36 cents per gallon was suspended for both regular and diesel.

The average price of gas in Maryland was about $4.20 per gallon the day before the suspension began. After that, prices across the state hovered 35 to 40 cents below the national average. Experts were predicting that prices would jump to well above $4 a gallon Sunday.

Drivers in the region are rushing to Maryland, taking advantage of the state’s gas tax suspension. News4’s Jackie Bensen reports.

The state estimated it would lose about $94 million in revenue under the 30-day pause.

While the bill had passed with unanimous support, some lawmakers said they would have preferred the tax break to last longer, especially amid the worst inflation since the early 1980s and a state budget surplus estimated to be about $7.5 billion over two years.

Transportation advocates noted that because of other factors affecting gas prices, the full amount of tax cuts may not have been reflected at the pump.

On average, only about one-third of the value of previous gas tax cuts or tax increases were passed on to consumers, according to a 2020 report from the American Road & Transportation Builders Association that analyzed 113 state gas tax changes enacted over several years. That’s because retail gas prices are influenced by complex factors, including the price of crude oil and supply-and-demand pressures.