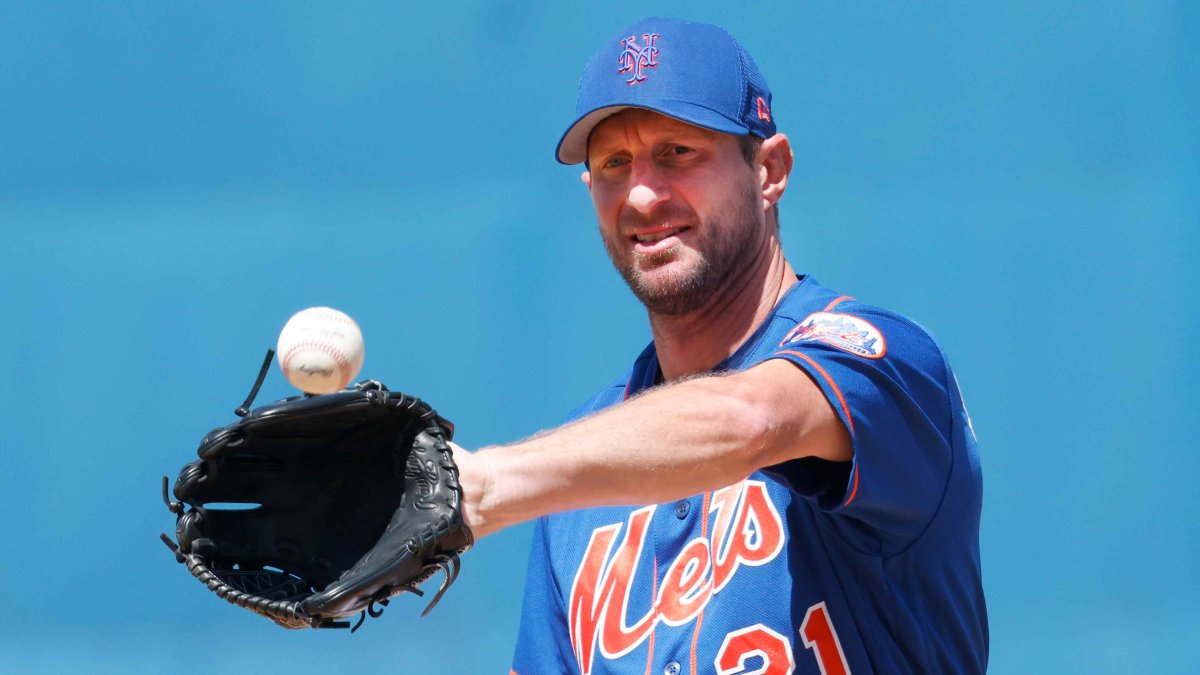 The New York Mets may need to go to Plan C for an Opening Day starter.

One day after it was announced Jacob deGrom would be shut down for four weeks, Max Scherzer was scratched from his start Saturday due to right hamstring tightness. Scherzer is uncertain whether he’ll be ready for Opening Day on April 7th when the Mets face his former team, the Washington Nationals.

Scherzer, who had been dealing with a hamstring issue in recent days, was scheduled to start a simulated game Saturday morning.

“Went to go through my normal routine this morning to make a start today and the hamstring just tightened up,” Scherzer told reporters. “Played catch anyway. Fortunately enough this doesn’t really effect when I throw, so I’m able to get into my throwing mechanics. But when it was time to go to the mound, I could just feel that my hamstring was tight and at that point in time, when your hamstring is tight, you can’t go forward with a sim game, 10:30 in the morning in spring training. So, at that point in time, just shut it down and get treatment.”

Scherzer became the Mets presumptive Opening Day starter after it was announced Friday that deGrom would be out indefinitely due to a stress reaction in his shoulder blade before being reevaluated.

Scherzer told reporters he is day-to-day and isn’t sure when he’ll pitch again.

“Don’t know,” he said. “I’ve had kind of these little hamstring injuries before and they go away in days. Fortunately enough, I’ve been pretty good to not have serious hamstring injuries, I’ve just had little hiccups. And I think this is the same thing, I think it’s a little hiccup. Just got to address it. So, I’m working with the training staff to identify what’s causing it because it’s frustrating. I’ve really worked hard this offseason to really lift my legs heavy, do all the running. I feel like I was in a really good spot with my body and my arm. It’s frustrating to have my arm be at this point and have a little hiccup with my leg.”

Scherzer signed a three-year, $130 million contract with the Mets in the offseason. The 37-year-old has made one start in spring training and another appearance out of the bullpen, recording a 2.45 ERA with 12 strikeouts over 11 innings.

If Scherzer is unable to pitch on Opening Day, options in the Mets’ rotation include Carlos Carrasco, Chris Bassitt and Taijuan Walker.