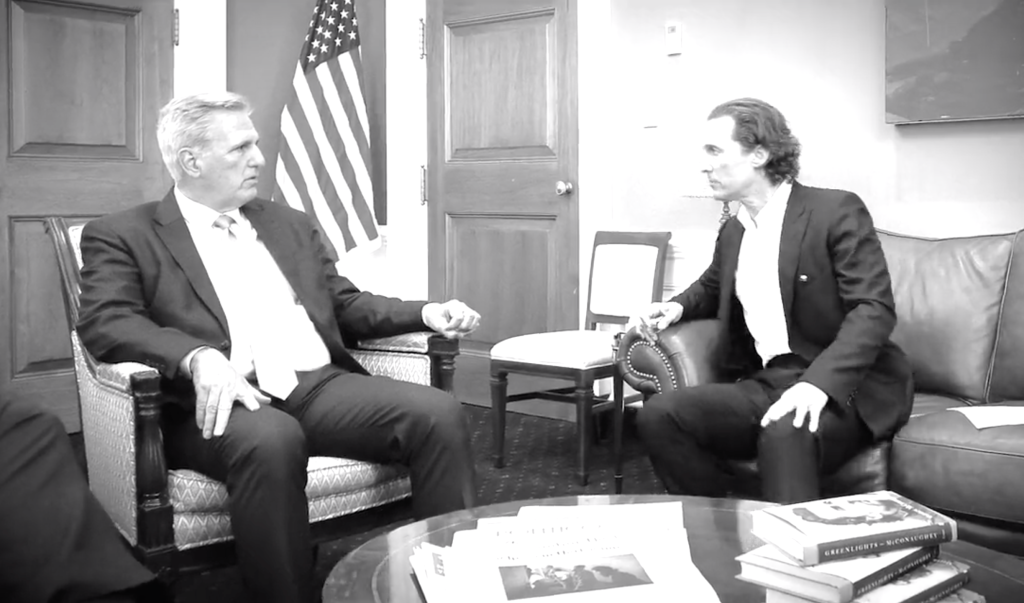 “This is and was about gun responsibility,” reads the text at the opening of a video Uvalde native Matthew McConaughey posted this afternoon on social media. The black and white video goes on to show his meetings — presumably last week after making an emotional statement about gun violence during a White House briefing — with over 30 members of Congress on both sides of the aisle.

“This is about mental health, safer schools AND keeping guns out of the IRresponsible hands that, by rule of law, still have access to them today,” says text onscreen.

“For ourselves, for our children, Republicans, Democrats and our fellow Americans…It’s time to be responsible.”