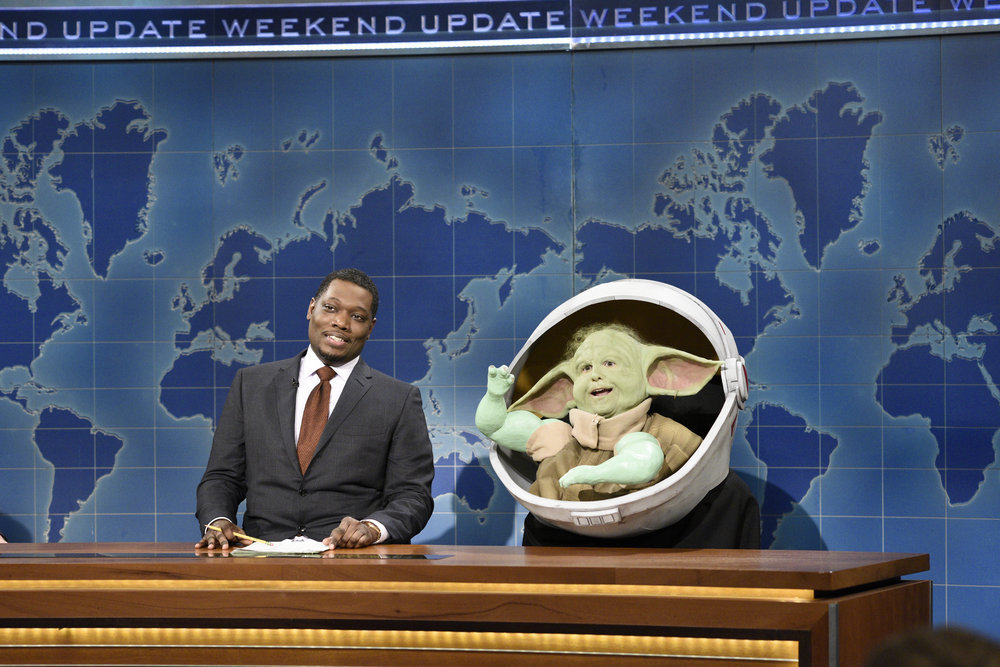 The Late Night host left SNL with 154 appearances behind the desk but was surpassed by Colin Jost in October.

He has now been pushed back into third place as tonight Michael Che became the second longest-tenured Weekend Update host with 155 appearances.

The stat, from analysis by The SNL Network, comes as Che and Jost, who is now on 162 appearances on Weekend Update, ribbed Melania Trump for her failed NFT hat auction, Virginia Gov. Glenn Youngkin’s racist school hot line, Peleton and Justice Breyer’s retirement on tonight’s show. Peyton Manning also turned up to talk about his love of Emily in Paris.

Che joined Saturday Night Live as a writer in 2013 before becoming a featured player in 2014, followed by Weekend Update anchor on September 27, 2014 in Season 40 alongside Jost, who had previously been co-anchoring alongside Cecily Strong.

Head writer Che, who is the first African-American Weekend Update host, has been busy outside of SNL over the last year with HBO Max series That Damn Michael Che and Netflix comedy special Michael Che: Shame the Devil.