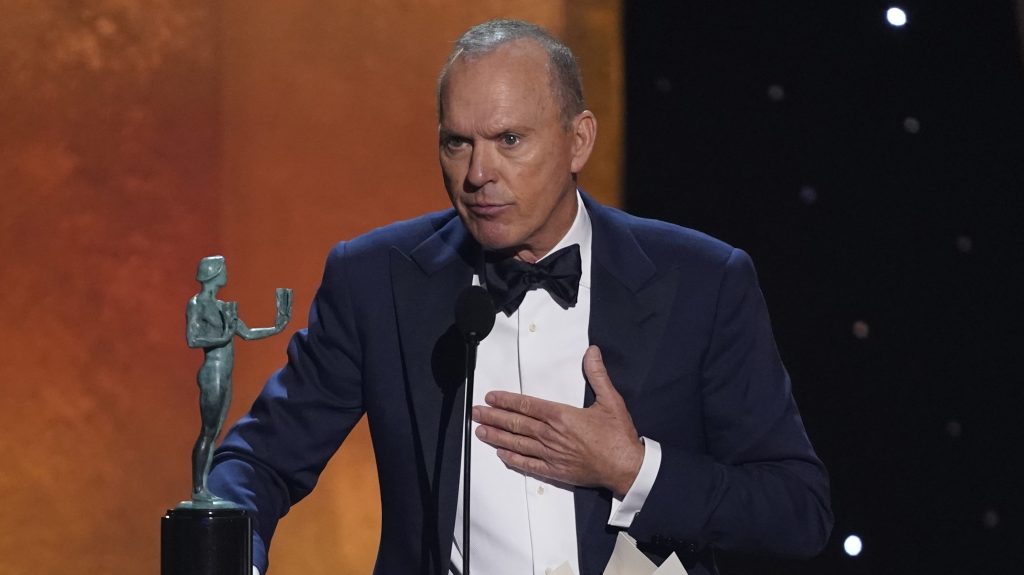 For Michael Keaton, accepting the SAG Award for his performance in Hulu’s Dopesick started as a slapstick comedy, with the actor leaving presenter Salma Hayek stranded for a minute or so before sprinting to the stage and rolling onto it. He started his speech by apologizing for his tardiness due to a “quick trip to the men’s room”.

After a couple of more quips, Keaton’s tone turned serious as he moved beyond the “self-serving and narcissistic” nature of awards shows.

“There is a massive inequity in the world,” he repeated multiple times, noting how fortunate he is to be able to make a good living as an actor and be “part of a production like Dopesick that can spawn thought, conversation, actual change” .

“I can feel right now the rolling thunder of eye-rolling coming across, people saying to me things like ‘Shut up and dribble’, ‘Sshut up and act’,” he said, referring to Laura Ingraham’s infamous remark about LeBron James.

“The Acting, I’ll quit. The shutting-up, not so much,” Keaton said to a roaring applause.

He also referenced the Ukraine invasion by acknowledging the country’s president, Volodymyr Zelensky, a former actor-comedian who has been leading his nation in its defense against Russia.

“We have fellow actor in Zelensky who deserves some credit tonight for fighting the fight,” Keaton said.

His speech then turned deeply personal, with his voice cracking up and him choking back tears.

“Given the subject matter,” he said about Dopesick, which tackles the opioid crisis, “this is for my nephew Michael and my sister Pam. I lost Michael, and it hurts.”

Keaton’s nephew, Michael, died in 2016 following a battle with drug addiction. The actor had previously said that losing his nephew influenced his decision to do Dopesick, a limited series adaptation of Beth Macy’s book of the same name.

Watch the full speech above.