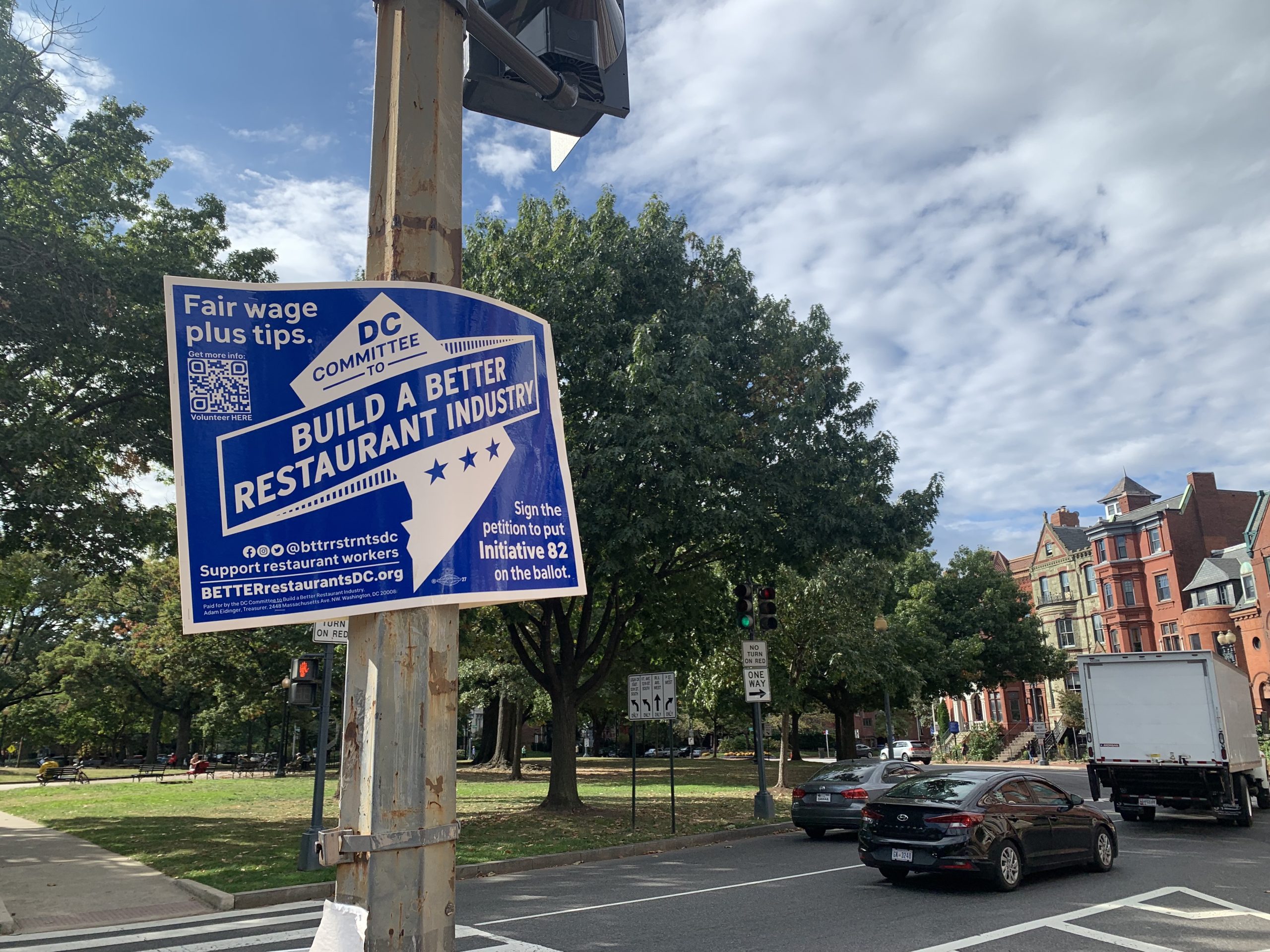 The ballot measure to phase out D.C.’s tipped minimum wage has survived a round of legal challenges and should head to voters once again this fall: But if it passes, will it stick?

Four years ago, the D.C. Council acted swiftly to overturn voters’ approval of a similar measure, Initiative 77, in one of its most controversial votes in recent memory. This time around, Initiative 82 looks much safer, according to Loose Lips’ poll of lawmakers on the matter.

Most activists working on the tipped wage issue have generally assumed that a second repeal vote was off the table given the public outcry over that particular decision—Janeese Lewis George made the issue a huge part of her successful campaign against Brandon Todd in the Ward 4 primary two years ago, and Council Chairman Phil Mendelson, a leading repeal proponent, made it clear on the campaign trail this year that he would respect the will of the voters. But things can be unpredictable in the Wilson Building, especially with big-name restaurateurs once again lining up to oppose the ballot measure, so LL figured it was best to put councilmembers on the record ahead of time.

In all, six lawmakers say they plan to vote for I82 when they cast their own ballots in November and would not support repeal efforts: Ward 1 Councilmember Brianne Nadeau, Ward 3 Councilmember Mary Cheh, Lewis George, Ward 6 Councilmember Charles Allen, and At-Large Councilmembers Christina Henderson, Elissa Silverman, and Robert White. Mendelson and Ward 2 Councilmember Brooke Pinto both remain opposed to the elimination of the tipped wage, but neither expressed any interest in backing a repeal.

LL even asked the Democratic nominees (and presumptive winners) of the Ward 3 and Ward 5 races, just in case any talk of repeal bleeds over into the new year when the Council’s composition changes. For what it’s worth, both Matt Frumin and Zachary Parker say they support I82 and oppose its reversal. Four of the five candidates in the at-large race who aren’t currently on the Council said during the same D.C. for Democracy debate that they don’t favor repeal (the lone dissenter was Republican long shot Giuseppe Niosi).

Add it all up, and it seems a safe bet that I82 opponents won’t be able to cobble together a majority for a second repeal vote in the likely event that the measure passes again in November. For now, at least 10 of the Council’s 13 members would let the results stand.

“The councilmembers who were here four years ago remember that people who voted to repeal got a lot of backlash,” Silverman says. “On the campaign trail, people remember if you voted for or against repeal. I imagine that’s on the minds of members now.”

But Silverman cautions that, even with these public commitments from lawmakers, I82 backers should “expect the unexpected” if the measure passes. Some of the same deep-pocketed opponents are starting to spend in opposition to the tipped wage change, but there’s still a distinct sense of fatigue over the issue in the wake of the bruising fight over I77 (not to mention the pandemic) that suggests a second Council vote isn’t forthcoming.

“It’s inevitable that this is going to pass, so we’d just waste a lot of energy fighting it,” says Robert White, who did not support I77 years ago but has since changed his mind. “If it didn’t happen this year, it would next year.”

Pinto isn’t so resigned just yet, and she plans to spend the next few weeks trying to “educate voters on why I don’t think this is a good public policy.” Much like her colleagues, she hasn’t heard any early conversations about a repeal (nor does she expect it would pass) so she hopes to beat I82 at the ballot box.

“Now more than ever, our business climate needs to be stable and secure to make sure our recovery is sustained,” Pinto says. “And I’ve just not seen evidence to suggest that this is what a majority of workers want.”

The question of what restaurant workers want is, of course, the matter at the heart of the tipped wage debate, and an extremely difficult one to confront. Both sides have persistently claimed they’re representing the will of workers, with supporters arguing it will raise wages and level the playing field between servers and back-of-house staff. Opponents claim it will cripple many small businesses and cut pay for workers who currently make a healthy living on tips. The ballot measure would bar restaurants from paying the lower base wage of $5.35 an hour to employees who make tips, raising the minimum for all hourly workers up to $16.10 per hour by 2027.

White says he initially based his opposition on the views of workers nervous about a change to the tipped wage structure, and has shifted on the issue as he’s heard different views from people in the industry. Some, though certainly not a majority, of D.C. restaurants have already moved away from the tip credit structure in favor of mandatory service charges, seeing it as a way to recruit employees in a tight labor market.

“People recognize that workers need to keep a roof over their heads and feed their families,” White says. “It’s better for their community and businesses if they can attract and retain workers like this.”

Pinto believes it’s better to leave restaurants to make such a decision on their own without forcing them into that business model, and she hopes that voters take COVID’s impacts on the industry into account as they evaluate the measure. Like her predecessor, Jack Evans, she sees clearly that her ward, home to a huge portion of the city’s restaurants, is likely to feel the brunt of any disruptions caused by the initiative.

But even Pinto is realistic that the measure is probably a favorite to pass. The electorate will look a bit different than four years ago (when the measure was on the ballot during a June primary instead of the November general), but it’s hard to imagine I77’s eight-point margin changing much a second time around.

“I expect it will pass this time, unless those opposed have a very effective public persuasion campaign,” Silverman says. “But they only have eight weeks or so to do that, and this isn’t on the radar of a lot of voters, so it’ll be challenging.”