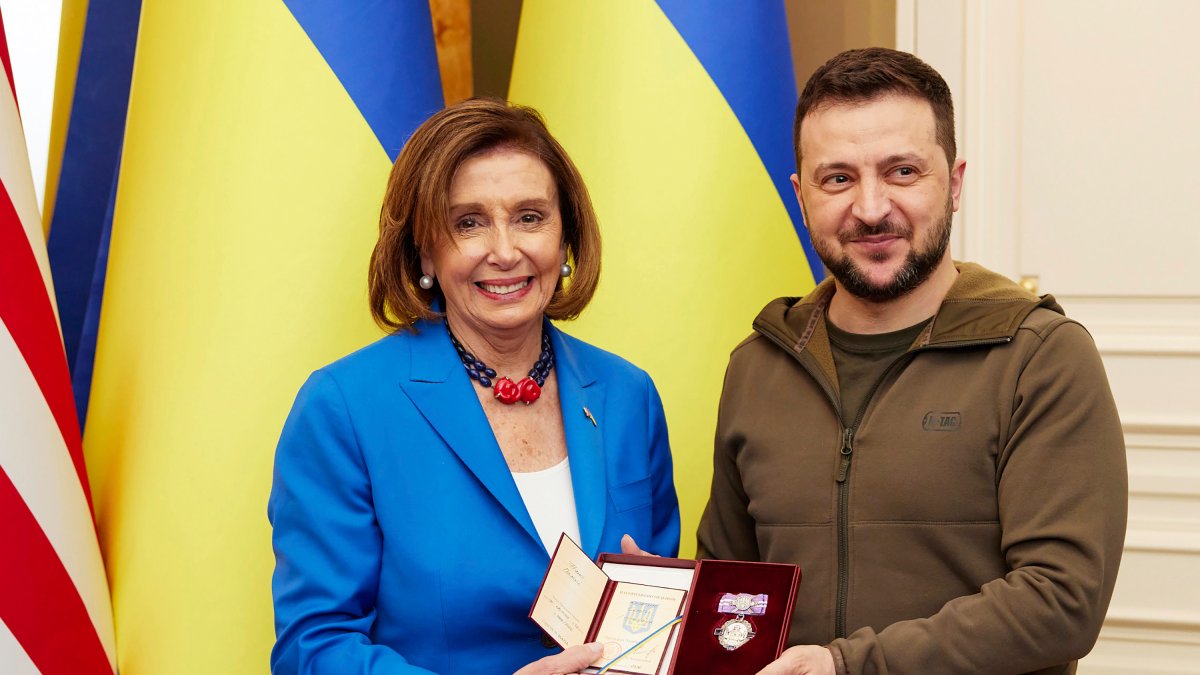 U.S. House Speaker Nancy Pelosi has led a Congressional delegation to Kyiv to meet with Ukraine’s president before heading to Poland for talks with officials there.

Pelosi, a California Democrat and second in line to the presidency after the vice president, is the highest-ranking American leader to visit Ukraine since the start of the war, and her visit marks a major show of continuing support for the country’s struggle against Russia.

“Our delegation traveled to Kyiv to send an unmistakable and resounding message to the entire world: America stands firmly with Ukraine,” Pelosi said in a statement released Sunday.

“You all are welcome,” Zelenskyy told the delegation.

Pelosi told Zelenskyy: “We believe that we are visiting you to say thank you for your fight for freedom.”

“We are on a frontier of freedom and your fight is a fight for everyone. Our commitment is to be there for you until the fight is done,” Pelosi added.

Pelosi said in a statement posted to the speaker’s website that the trip was meant “to send an unmistakable and resounding message to the entire world: America stands firmly with Ukraine.”

The visit was not previously announced.

Pelosi said the delegation would continue its trip in southeast Poland and the capital, Warsaw, to meet with President Andrzej Duda and other senior officials. Poland has received more than 3 million refugees from Ukraine since Russia launched its war on Feb. 24.

“We look forward to thanking our Polish allies for their dedication and humanitarian efforts,” she said.

The surprise visit adds to growing momentum for the West’s support for Ukraine as Russia’s invasion struggles and both sides appear to be settling in for a prolonged conflict.

The trip is the second major visit from American officials in the span of a week. Secretary of State Antony Blinken and Secretary of Defense Lloyd Austin met with Zelenskyy last Sunday and made fresh promises of military and diplomatic support.

This is a live update. Click here for complete coverage of the crisis in Ukraine.