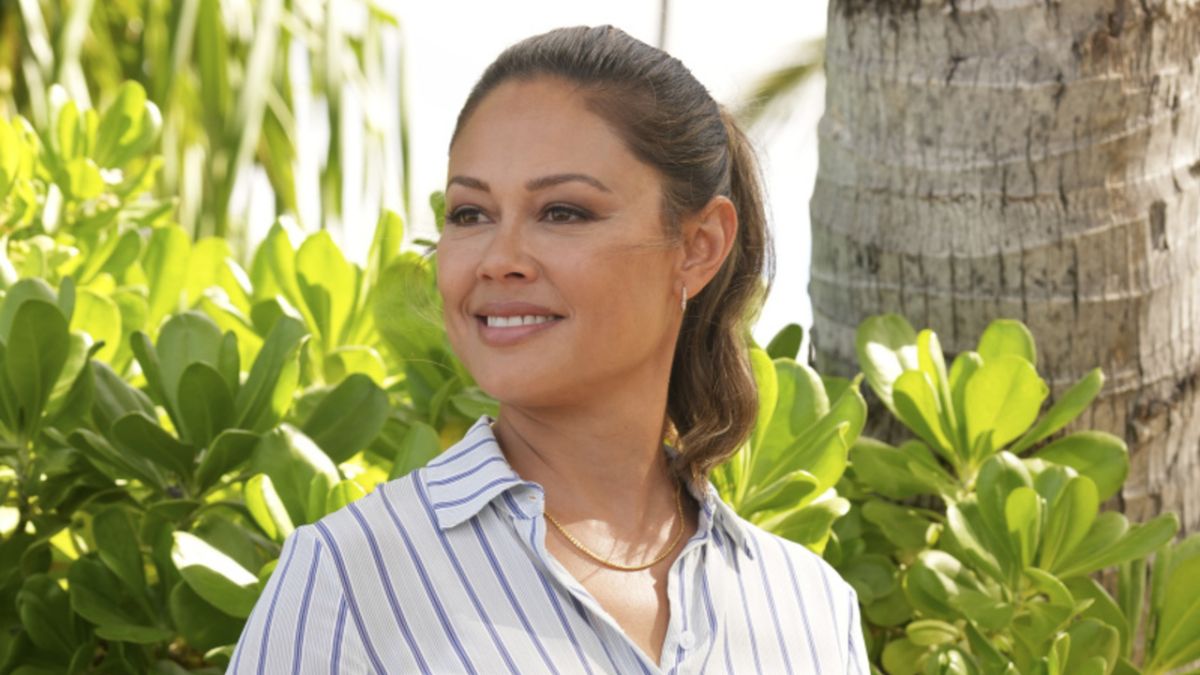 After a successful first season of CBS’ NCIS: Hawai’i, Vanessa Lachey is preparing for the second season. With Lachey as the first female lead of an NCIS series in the long-running franchise, there is plenty to celebrate, especially when it comes to representation. Now the actress is opening up about how her kids reacted when they first saw her on the show and what it means to her.

Lachey portrays Special Agent in Charge Jane Tennant, the first female SAC of the NCIS: Hawai’i team. The actress spoke to Insider about her role on the CBS drama and how one of her kids had a reaction like she was looking at a superhero when watching the series:

In a franchise headlined by men up until the debut of NCIS: Hawai’i, Vanessa Lachey starring as Jane Tennant is historical and meaningful for both television and her family. Lachey’s kids looking at her like she is literal Wonder Woman speaks volumes, and she made it clear that the importance of her character extends beyond young girls.

And the actress can be confident that her representation is reaching a wide audience, as her show became a hit for CBS right away thanks to the millions of people tuning in, and the network wasted no time in ordering a full first season. Even if little girls and little boys aren’t exactly the target demographic for the NCIS franchise, her role as Jane Tennant clearly has a larger impact.

Lachey went on to explain what her role means to her in terms of representation and honoring the real-life NCIS heroes:

The NCIS franchise has been around for nearly two decades (with Season 20 of the original series premiering in the fall) and to have Lachey be the first female lead is definitely one for the books. Considering the longevity of shows like NCIS: LA and the original, it’s even possible that she’ll be on screen playing Jane Tennant for many years to come.

When Season 2 of NCIS: Hawai’i premieres this fall, fans will be getting more of Jane and her crew. Whether or not Hawai’i will ever cross over with both NCIS and NCIS: LA remains to be seen, although it did crossover with the original back in the spring. It should be interesting to see what will happen in the upcoming season after how Season 1 wrapped, and what more representation will come across the screen.

Don’t miss Vanessa Lachey in NCIS: Hawai’i Season 2 premiering on Monday, September 19 at 10 p.m. EST on CBS! Check out CinemaBlend’s 2022 TV schedule to see what else to look forward to in the coming months.