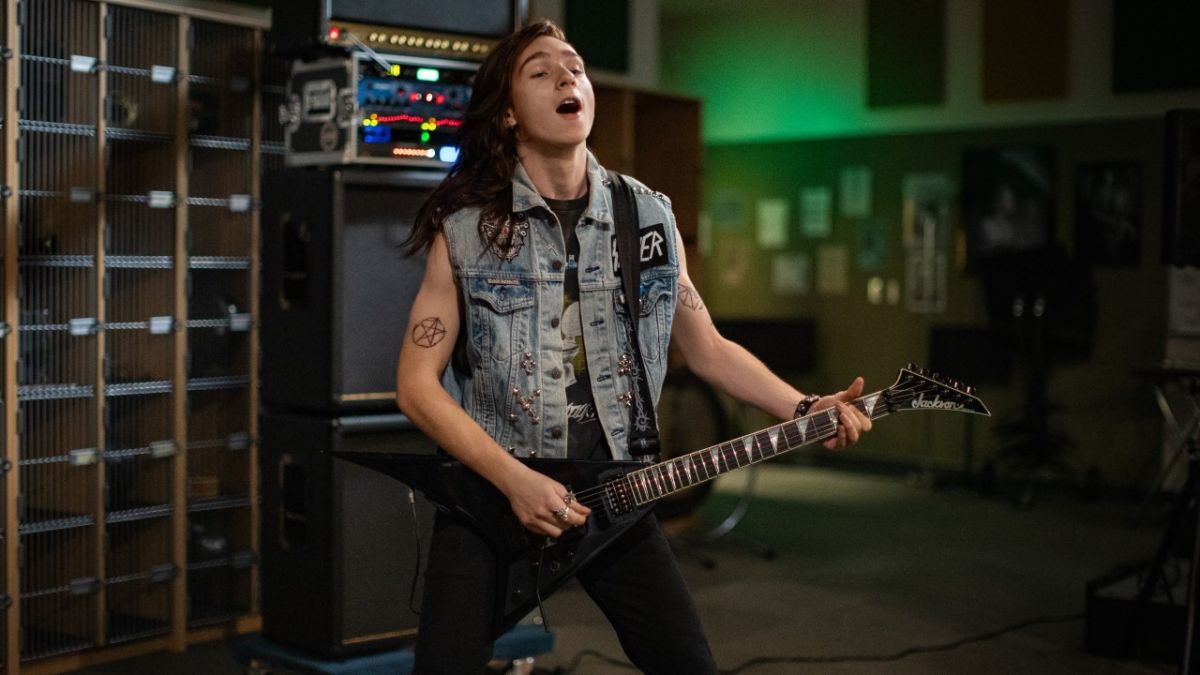 Spoilers below for anyone who hasn’t yet watched Netflix’s Metal Lords, so be warned!

At face value, Netflix’s Metal Lords is about a hormonal dude who gets very pissy at every obstacle opposing his dream of becoming a metal god. A bit deeper than that, and it’s a tale of teen friends achieving maturity by working through the inanity of the human experience in order to achieve art. No matter how you view the film, though, something else that stands prominently and deserves further dissection is Metal Lords’ stellar set list of rock icon cameos — anchored by Judas Priest’s Rob Halford — as well as the mass assortment of posters, T-shirts, and other band-specific merch that was culled together by the production designers and wardrobe department.

When CinemaBlend spoke with screenwriter D.B. Weiss, formerly of Game of Thrones fame, I asked about the film flipping Hunter’s stereotypical slur on its head, and that leading to the out and loving it frontman Rob Halford later appearing to offer some of Metal Lords’ most sage advice. Here’s how Weiss put it:

It should come as no surprise, especially at this point, to learn that D.B. Weiss kinda enjoys Rob Halford and Judas Priest, along with the plethora of other bands and musicians who are name-checked throughout Metal Lords (currently available to those with a Netflix subscription). I do think that as cool as it was to see Anthrax’s Scott Ian — a Game of Thrones vet in his own right — Rage Against the Machine’s Tom Morello (an executive producer on the movie), and Metallica’s Kirk Hammett showing up as advisory spectators for Jaeden Martell’s Kevin, it actually meant something for one of very few gay metal gods to be the one who gave Kevin the sage wisdom needed to ditch the random make-out session in order to readjust to his musical priorities.

And just because Metal Lords is something of a more personal passion project for D.B. Weiss ahead of his and David Benioff’s upcoming sci-fi saga The Three-Body Problem for Netflix, that doesn’t mean the details for the set design were any less impressive than they were on Game of Thrones. Albeit with far more concert flyers and band-themed pinball machines involved. When I asked D.B. Weiss about that part of the process being an enjoyable one, he didn’t have to do much to convince me that it would have been a blast to bring it all together. In his words:

As much as I envy those who put all that together, I’m even more jealous of whoever took it all down and kept it. I presume the collection came from a variety of sources in the first place, and that it wasn’t just a free-for-all by way of random dibs. But if ever there was a set for a metal fan to nab something from. Especially since Jaeden Martell and co-stars Adrian Greensmith and Isis Hainsworth weren’t even fans of the music upon going into the film.

To relive the superb basement bedroom walls and more from the Dalai Halford, fans can stream Metal Lords on Netflix right now, and can then dive into loads of other great Netflix movies while waiting for The Three-Body Problem to arrive later this year [said in the most optimistic voice ever].