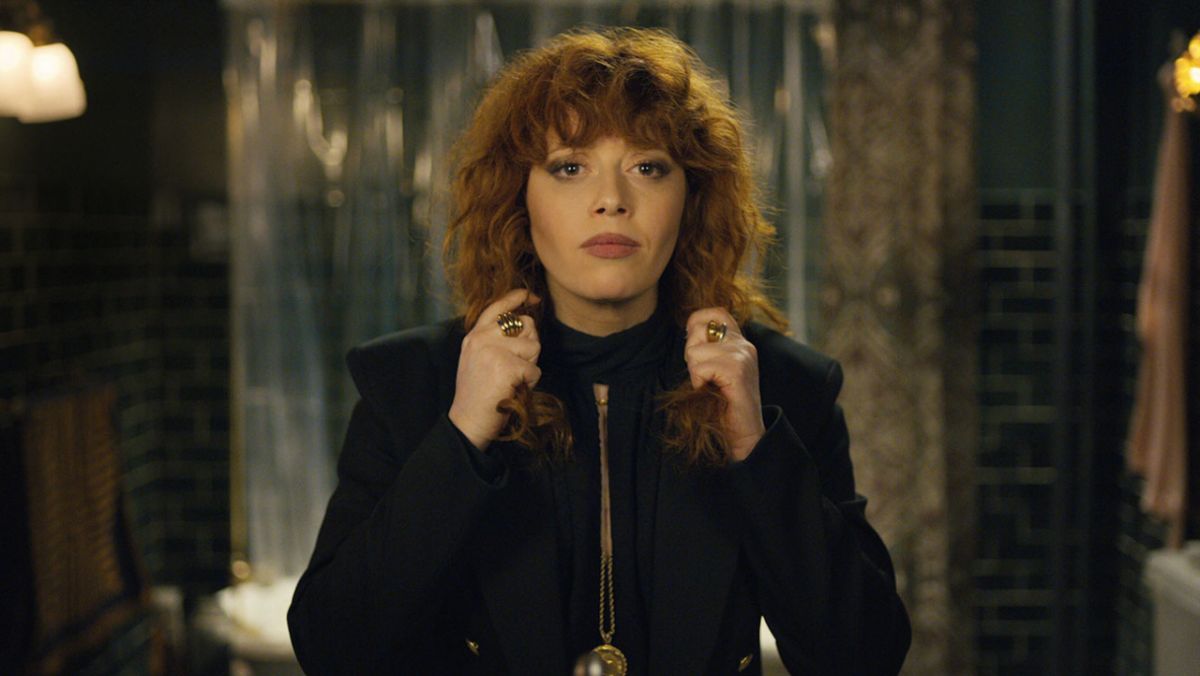 After a three year wait, Russian Doll Season 2 is going to be coming to Netflix on April 20th, 2022, continuing the story of Nadia and her strange time travels after the craziness of her time-loop troubles in Season 1. Russian Doll was one of the best reviewed Netflix shows and ended up being renewed not long after the show premiered, and now, we are finally getting that continuation.

But, with the long wait, I’m sure that fans need a bit of a recap for what happened at the very end of Season 1. While the Russian Doll Season 2 trailer seems to speak to a new story, we at least have five things here that you should remember, prior to Season 2 releasing on Netflix as part of the 2022 Netflix TV schedule.

Nadia And Alan Were In Different Time Loops For A Bit

Nadia (played by the lovely Natasha Lyonne) and Alan (played by Charlie Barnett), ended up crossing paths during another one of her loops in Russian Doll, during Episode 3, “A Warm Body,” in a falling elevator. Ever since that encounter, their lives / deaths were forever intertwined in the same loop until they figured out how to solve their problem.

However, even when they do figure out how to end their ordeal of constant deaths, the pair actually end up in two separate timelines – where they don’t know each other – in the episode “Ariadne.” It’s a little confusing at first, considering that these guys have spent most of their time together trying to figure out how to end the time loop, but it’s an essential thing to establish for some of the other points on this list.

After Each Death, The World Around Nadia Began To Change

While the appearance of rotting fruit in Russian Doll was always apparent, it wasn’t until a few episodes later where viewers can start to make the connection that the rotting fruit has something to do with Nadia’s time loop deaths. There are hints of it originally, like in the episode “Superiority Complex,” where you can see that there are rotting apples in a kitchen.

However, that doesn’t feel like a super big detail – fruit goes bad and sometimes, people just don’t throw it out. But later on, in Episode 6, “Reflection,” as pictured above, Nadia visits her local deli and sees that every single piece of fruit has gone bad – as well as the flowers. It was almost as if there was a consequence that came with all of the loops that Nadia went through – with life, there is always death. It’s important to keep in mind in case Nadia ends up in a situation like this again in Season 2.

Thankfully, at the end of Russian Doll, it seems that both Alan and Nadia were able to get out of their respective time-loops after Nadia’s 36th “birthday from hell.” While Russian Doll is one of the best comedy TV shows on Netflix, the way in which the two friends escape their own death-loops is surprisingly moving and powerful in many ways.

Nadia, in order to escape her own death-loop, must come to terms with the past and her mother’s death, and let go of the guilt that she had felt for years so she could move on in her life. For Alan, he had to approach his breakup with his past girlfriend, Beatrice, like an adult and acknowledge that he is also at fault for their relationship falling apart. Once they’ve moved past their own trauma, they then are given the chance to help the other – it’s almost like that old saying, you can’t help someone else unless you help yourself, and that’s exactly what Nadia and Alan have to do.

Using the combined information that they’ve acquired about the other during their frequent time loop interactions, they both go to where they know the other will try and commit suicide, and must talk them out of it. And, somehow, it does work; in a weird, strange way. Regardless, the time loop is broken at the end of the season.

Nadia And Alan Are Friends Now – In A Weird Way

I don’t mean to say in a weird way like it’s bad – their friendship is just sort of confusing at the end of Russian Doll because we don’t really know which versions of Alan and Nadia we’re seeing on the screen.

The ending does seem to have some spark of hope that they have successfully helped each other out, but it’s still left up in the air as to which version of these two we are seeing – however, I think that’s something we can talk about more in the last section.

The Timelines Seemed To Merge At The End

At the very end of Season 1 of Russian Doll, it does appear that the timelines each of them were separated into do, indeed, merge into one, which is why I say that it looks as if Alan and Nadia have become friends and are moving on with their lives after their ordeal. It seemed like the Universe’s way of thanking them was making sure they could be in the same world again.

However, I’m still a little unsure, because I think this means there are still other timelines out there that we don’t know about, which could be explored in the upcoming Russian Doll Season 2. While this version of Nadia and Alan might be reunited, we do see two other women with the same exact hair and outfit as Nadia walk past her during the parade that ends the first season, which could be symbolism as to there being a multitude of timelines out there – meaning multiple different versions of Nadia.

From what I can see, though, it looks as if the two timelines that we are most familiar with have come together – for now. Let’s just wait to see what comes next.

After waiting for so long for Season 2, I can’t wait to see what fresh, confusing, time-based hell that this next part of the show puts us through. Judging from the trailer, it looks as if Nadia is going to be literally traveling back in time to the 1980s for Season 2 and not just stuck in a time-loop.