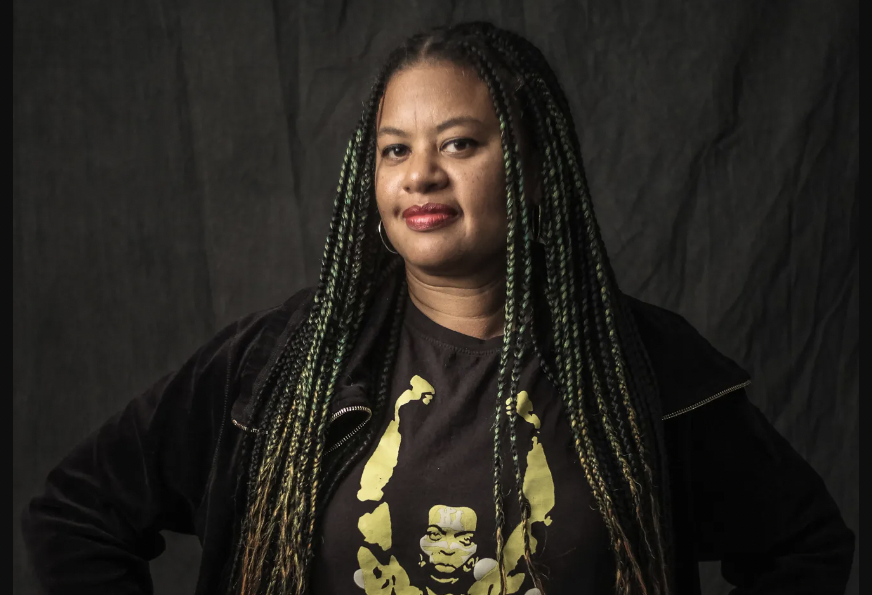 I’m not sure where this whole August thing came from, but here’s some big arts news for the first of the month.

In Memoriam: According to a smattering of social media posts, it appears local and beloved sound artist and electronic composer Alberto Gaitàn passed away some time late last week. Posts started going up on July 28. On July 29, NPR’s Bob Boilen shared on facebook: “Such sad news. Alberto Gaitan, a friend of just about every artist in D.C. has passed. I know little else, but sadly true. He was such a wise, talented and gentle soul.”

That’s Director Berry: The city’s newest, and yet-to-open, art museum announced today, Aug. 1, that Caitlin Berry will be its inaugural director. If the name sounds familiar it’s because Berry has been working in the local arts space for years. Though she’ll step into the director role at the Rubell Museum this month, Berry previously served as the director of both Marymount University’s Cody Gallery in Arlington and D.C.’s Hemphill Fine Arts gallery. In 2019 and 2020, she curated and co-curated the Washington Project for the Arts’ annual exhibition and fundraiser Art Night. According to the press release, Berry’s areas of focus include the Washington Color School, Mid-Century African American, and contemporary art. She has curated shows by standout local artists such as Nekisha Durrett and Baltimore’s Dave Eassa, among others. At Rubell, Berry will develop public programming to engage locals and oversee museum operations. She’ll also work with the Rubells (the family behind the art collection) and Juan Valadez, the director of Miami’s Rubell Museum, to produce installations and exhibitions from the family’s contemporary art collection. With plans to open on Oct. 29, the Rubell Museum DC will call the former Randall Junior High School building at 65 I St. SW home. Spanning 32,000 square feet, the museum will help preserve the 116-year-old building listed in the National Register of Historic Places.

Meet Me in Person: I’m almost tired of writing it, but for the first time since 2019, The Atlantic’s D.C.-based festival is back in person. The three-day, 14th-annual event will call the Wharf home this year and hosting venues include Arena Stage, District Pier, the Dockmaster Building, and 12 Stories. According to today’s press release, announcing the festival’s return, the Wharf was chosen as it’s the future home of The Atlantic’s D.C. headquarters. Like its predecessors, this year’s festival will include interviews, forums, breakout sessions, book talks, and happy hours focused on the topics covered by the publication’s 2022 reporting, such as the state of the U.S, global democracy threats, politics, culture, the economy, technology, and mental health. In addition to talks and conversations, attendees will also enjoy an immersive outdoor experience (that’s all the release says, but considering the explosion of all things immersive, it’s sure to be captivating for the ‘gram). Though speakers and complete schedule have not yet been released, you can be certain you’ll hear from The Atlantic’s writers and editors, including its editor-in-chief Jeffrey Goldberg. Though the last two years were solely virtual, they offered a fascinating lineup of speakers including Rosario Dawson, Anthony Fauci, Hillary Rodham Clinton, Priyanka Chopra Jonas, and Sherrilyn Ifill. The Atlantic Festival 2022, however, will introduce a new ticketed evening programming; details for that will be announced on Aug. 16, when tickets will become available for non-subscribers. This year’s festival runs Sept. 21 to 23.

‘Tis the Season: Theaters and companies across the region are announcing their 2022-2023 season lineups and while loads of great theater will once again grace DMV stages, one particular new work by a local writer about local (iconic) musicians stands out from a recent announcement. The IN Series, a local theater company whose works aim to disrupt expectations, nourish empathy, stimulate insight, and deepen conversation, announced on July 29 that Howard University professor and author Natalie Hopkinson has created a new work that focuses on the friendship between go-go legend Chuck Brown and Maryland singer Eva Cassidy. Cheekily dubbed Chuck and Eva, the musical work will premiere at Source Theatre early next June to close out the season, before doing a short stint in Baltimore. The two worked together in 1992 to create The Other Side, an album featuring music from the Great American Songbook during which a deep friendship was born. Hopkinson is the co-founder of #DontMuteDC and author of Go-Go Live: The Musical Life and Death of a Chocolate City.