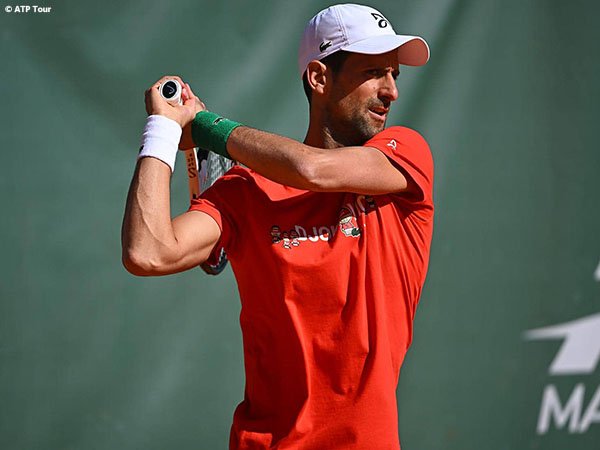 Novak Djokovic, the number one seed, feels he is highly motivated and ready to test himself against the world’s best players once again.

The Serbian national is preparing for his second ATP tournament of the 2022 season at the Monte Carlo Open this week.

“I still feel motivated to go to ATP tournaments, compete against young players and try to challenge the best players in the world for the best titles,” said Djokovic.

“I feel very happy to be here and Monaco has been my home for over ten years. I’m really looking forward to this moment, when I’m competing again. So this is the best place where I can start again.”

The Serbian will start the Monte Carlo Open against Spain’s Alejandro Davidovich Fokina and hopes he can use the confidence from a convincing result in the 2021 clay-court season after he won the French Open and Belgrade Open and progressed to the Italian Open final.

“The clay courts are the courts I grew up on in Serbia and I have actually played quite a long time on that court. Historically, it’s not the pitch where I’ve had the most success, but I’ve had some great success on it. Last season’s French Open victory is still fresh in my memory. So, I will try to use that as inspiration to start the clay-court season this time in the best way possible,” said Novak Djokovic.

“I understand that I may not be at my best at the start of the week. I’m still testing my machine and building my game. So it definitely took time, a few games to really get into the rhythm, and find the competitive game I really needed.”

The Serbian arrives at her third Masters 1000 tournament of the season as the world number one. He returned to the position on March 21 after three weeks the position was occupied by Daniil Medvedev.

The 34-year-old understands that a long way to go at the Monte Carlo Open will keep him in the rankings.

“Being world number 1 is the highest achievement you can get in our sport, so I will try to keep it for as long as possible,” said Djokovic.